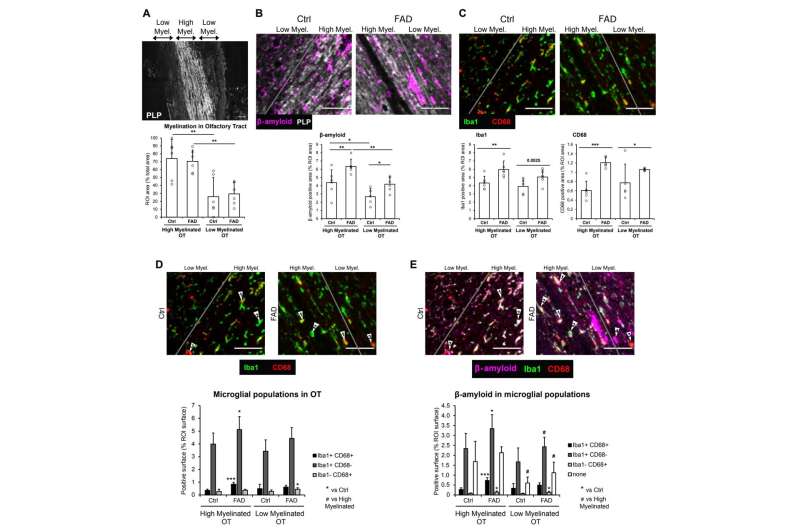 Viruses can inflame and disrupt connections between the olfactory system, which governs the sense of smell, and the part of the brain associated with memory and learning, possibly accelerating the onset of Alzheimer’s disease, according to a new study from researchers at the University of Colorado Anschutz Medical Campus.

The findings, published in the journal Neurobiology of Aging, could lead to new therapies that detect Alzheimer’s disease (AD) earlier while helping to illuminate the role that viruses and the olfactory system play in driving the illness.

“We know that one of the early signs of Alzheimer’s disease is losing the sense of smell,” said the study’s lead author Andrew Bubak, Ph.D., assistant research professor in the division of neurology at the University of Colorado School of Medicine.

Bubak’s team focused on the olfactory tract, olfactory bulb and the hippocampus, the area of the brain which manages memory and learning.

They examined messenger RNA in the brain tissue of six individuals from Colombia who had Familial Alzheimer’s disease (FAD) and tissue from a control group without AD. They found signatures of viral infection in the olfactory bulbs of the FAD group and inflammation in the olfactory tract which carries information to the hippocampus. They also discovered altered myelination in the olfactory tract. Myelin is a protective fatty layer around nerves that allows electrical impulses to move quickly and smoothly. If it’s damaged, signaling stalls.

“These findings raise the possibility that viral infection and associated inflammation and dysregulation of myelination of the olfactory system may disrupt hippocampal function, contributing to the acceleration of FAD progression,” the study said.

The study’s senior author, Diego Restrepo, Ph.D., professor of cell and developmental biology at the CU School of the Medicine, said viruses have long been suspected of playing a role in cognition problems. Some studies have associated the SARS-CoV-2 virus, which causes COVID-19, with dementia. The virus, which travels through the nose, causes some of those infected to lose their sense of smell.

At the same time, the varicella zoster virus which causes shingles and the herpes simplex virus can deposit amyloid beta, a protein critical to the development of AD, in the olfactory bulb. The viruses often linger for years even after symptoms have disappeared.

Bubak and Restrepo suspect inflammation and the amyloid deposits in the olfactory system interrupt communication with the hippocampus. Without sensory input, they believe, the hippocampus begins to degenerate.

The researchers hope to next focus on better understanding the relationship between the olfactory system and the hippocampus in the context of viral susceptibility and neurodegeneration.