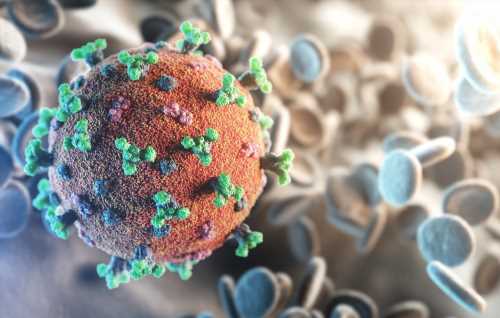 Amid rising concerns that currently used coronavirus disease 2019 (COVID-19)  vaccines are losing efficacy against new SARS-CoV-2 variants, such as Omicron, there is a crucial need for more S-2P-like S protein antigens. Using improved S antigens in future vaccines would broaden protection against emerging SARS-CoV-2 variants of concern (VOCs), including Omicron.

All currently used COVID-19 vaccines are prefusion stabilized S protein antigen, S-2P-based. S2-P, in a prefusion state, is engineered through a structure-based design strategy. The first step requires the insertion of two proline residues, K986P and V987P (S-2P), harbored between the central helix domain (CH) and heptad repeat region 1 (HR1), and further modified by insertion of additional prolines, F817P, A892P, A899P, A942P (HexaPro). The last step is crucial, for it requires testing hundreds of single-point mutations to identify an antigen with the preferred stability, conformation, and expression levels.

The team narrowed the number of design strategies to three to obtain 12 design constructs per strategy for testing. Further, they selected one design from each group for production, purification, and in vitro analysis. Design 14 displayed a six-fold higher expression relative to S-2P. It bound the human angiotensin-converting enzyme 2 (ACE2) receptor with an equilibrium dissociation binding constant (KD) in the picomolar range and binding affinity comparable to S-2P.

For in vivo experiments to assess the immunogenicity of S2D14 vs. S-12P, researchers used seven to eight weeks old female BALB/c mice and vaccinated them with three micrograms (μg) or 0.3 μg of AS03-adjuvanted S proteins, admixed shortly before intramuscular administration. They administered the vaccine twice, three weeks apart. They collected serum samples from all mice twice, three weeks after the first vaccination (post-I) and two weeks after the second vaccination (post-II).

For comparative analysis of IgG binding and neutralization data from S-2P and S2D14 vaccinated groups, the team used an  ANOVA model fitted on log10-transformed data. It accounted for the vaccine type, dosage, time, and interaction data as fixed factors and considered the homogeneity of variances between groups. This model compared responses to S-2P and S2D14 vaccines by dose and computed geometric means of titers (GMT) and geometric mean ratios (GMR) with corresponding 95% confidence intervals (CIs).

Although vaccination of mice with S2D14 or S-2P elicited comparable IgG titers, S2D14 elicited a higher functional response that more effectively neutralized the Wuhan-Hu1 strain and Alpha, Beta, and Delta VOCs than S-2P. The S2D14-elicited functional response, when combined with its enhanced expression, could translate into dose-sparing effects. It might also translate to a lower dose when delivered by alternative platforms, such as messenger ribonucleic acid (mRNA) or replication-competent viral vectors.

Compared to S-2P, immunization of mice with the 0.3 µg dose of S2D14 elicited ~10-fold higher nAb titers against the Omicron strain than the Wuhan-Hu1 strain, thereby pointing to using S2D14 as a scaffold for additional modifications which could improve nAb responses against Omicron or other emerging SARS-CoV-2 variants.

The present study filled the knowledge gap of the molecular determinants of improved S antigens, which would prove valuable in informing the design of future S-based vaccines with the ability to elicit broad protection against emerging SARS-CoV-2 variants.

A comprehensive molecular map of the immune response elicited by S2D14 could also aid comparisons between polyclonal specificities elicited post-vaccination or natural infection, which, in turn, could further inform future vaccine designs. Future studies should examine whether mutations in S2D14 might introduce new epitopes and assess their impact on T cell immunity.