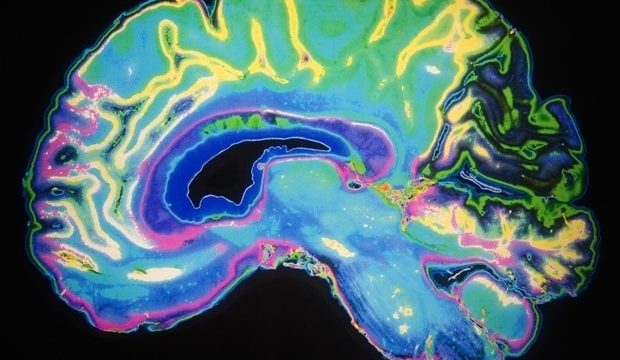 Cooling brain tumor cells to stop them from dividing without killing healthy cells extended the survival of glioblastoma (GBM) animal models dramatically in a study led by a UT Southwestern resident. The findings, published in Science Advances, could lead to new treatments for this aggressive and deadly cancer, which has no effective treatments.

"Unfortunately, patients with glioblastoma don't have many options now. These brain tumors will pretty much always recur," said study leader Syed Faaiz Enam, M.B.B.S., Ph.D., a Resident in Adult Neurology at UTSW who conducted the research while studying biomedical engineering at Duke University. "We're showing that reducing temperature might be able to accomplish something that standard therapies have not."

Every year globally, more than 300,000 cases of glioblastoma are diagnosed, making it the most common primary malignant brain cancer in adults. Despite decades of research, survival for glioblastoma patients remains an average of 15 to 18 months after diagnosis, with just 7% alive after five years.

Although most patients typically undergo surgery to remove the primary tumor, followed by chemotherapy and radiation to kill remaining malignant cells, these cancers typically recur within a centimeter or two of the initial tumor, Dr. Enam said.

While at Duke, Dr. Enam envisioned a new way to treat brain tumors using hypothermia while working in the lab of Ravi Bellamkonda, Ph.D., then Dean of Duke's Pratt School of Engineering and now Provost at Emory University.

To test this idea, Dr. Enam and colleagues exposed human and rat glioblastoma cell lines to cooler temperatures for different lengths of time. They found that temperatures between 20 and 25 degrees Celsius – 68 to 77 degrees Fahrenheit – for as little as 18 hours a day prevented these cells from dividing, slowed their metabolism, and reduced their production of signaling molecules known to promote cancer growth. In addition, tests showed that treatments such as chemotherapy and immunotherapy worked synergistically with the cold temperatures to kill more of the cultured cells.

To evaluate the cooling strategy's feasibility in live animals, Dr. Enam worked with a Duke machinist to create cooling devices and implanted them in rat brains bearing human- or rat-derived glioblastoma tumors. Even if the tumor received insufficient cooling, the researchers found that rats that received cooling survived more than twice as long as those without their devices switched on, jumping from 3.9 weeks to 9.7 weeks. Animals that received the appropriate degree of cooling survived their entire study period.

Dr. Enam said this "cytostatic," or growth-stopping, hypothermia could eventually be used to buy time for patients while traditional therapies are tested or new therapies are discovered, or it could become a standalone therapy. He said that instead of modern targeted approaches, this approach manipulates fundamental physics to affect biology broadly; thus, he is hopeful the results they have seen in rats will translate to humans. Dr. Enam has since been developing and, along with co-inventors, has patented some initial iterations of patient-centric devices to cool glioblastoma tumors.

Dr. Enam was awarded a mentored Sprouts grant by UTSW's Peter O'Donnell Jr. Brain Institute to further develop his work. He is continuing this work at UTSW, said his Sprouts mentor, Amyn Habib, M.D., Professor of Neurology at the O'Donnell Brain Institute and Harold C. Simmons Comprehensive Cancer Center, who shared research space in his laboratory with Dr. Enam. Dr. Enam is currently prototyping devices and testing them in pigs while continuing his clinical work as a Neurology resident.

This is an interesting approach to preventing the growth of glioblastoma that is distinct from chemotherapeutic approaches. Dr. Enam's work adds a dimension to broader efforts here to develop therapies for brain cancer."

Dr. Habib explained that many of these efforts at UTSW focus on identifying and finding ways to inhibit the molecular pathways responsible for the spread of glioblastoma to surrounding brain tissue. Investigational studies use genomic, metabolomic, and biophysical approaches as well as drug discovery, and include a clinical trial launched this year based on findings that an existing drug curbed tumor growth in animal models.

UT Southwestern is also home to one of the nation's largest repositories of clinically annotated, patient-derived xenograft mouse models of high-grade gliomas and brain metastases. This important asset is playing a key role in helping scientists better understand how brain cancer spreads and identifying potential therapies.