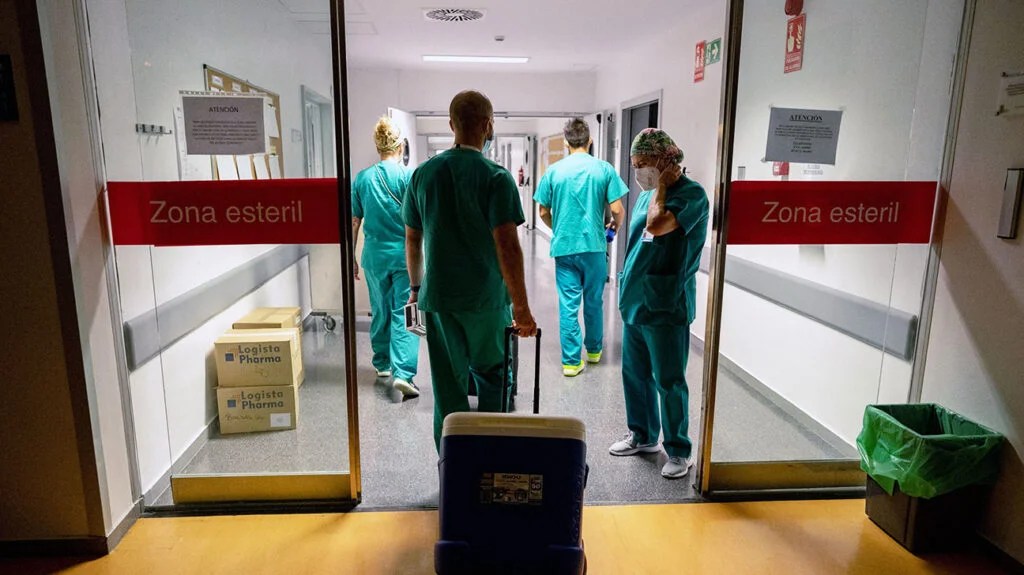 Organ donation saves many lives, but waiting times can be extremely long — on average 20 people die each day awaiting an organ.

According to the Global Observatory of Donation and Transplantation, doctors transplanted 129,681 organs in 2020. Some of these came from living donors, but 36,125 deceased donors contributed to the total.

One deceased donor can save up to 8 lives through organ donation.

By law, death can be determined in two ways: Brain death happens when all functions of the entire brain, including the brain stem, stop irreversibly, but the heart may still be beating, and circulatory death occurs when the heart has permanently stopped beating.

Now, a team at Yale University has discovered a method that may keep organs viable for longer.

In their study, published in Nature, they delivered a specially-designed fluid that restored circulation and other cell functions in pigs 1 hour after death.

“These promising and provocative studies highlight the resilience of biological systems to regain function even after death by anoxia (absence of oxygenation). The findings bring with them the possibility to unlock new strategies of preserving invaluable tissue and organs from deceased donors, even after prolonged periods of loss of circulation and oxygenation.”

In a previous study, the researchers had developed a system to restore “microcirculation and molecular and cellular functions” to an intact pig’s brain after death.

This system — BrainEx — used a perfusion system to deliver a fluid that “promotes recovery from anoxia, reduces reperfusion injury, prevents edema, and metabolically supports the energy requirements of the brain.”

OrganEx is a modification of this system. The perfusion device, which is similar to a heart-lung machine, or cardiopulmonary bypass, passes a specially designed fluid — containing the animal’s blood, anticoagulants, and other compounds that suppress inflammation and promote cellular health — through the pig’s body.

As a control, some pigs received either extracorporeal membrane oxygenation (ECMO)— a system used to supply oxygen and remove carbon dioxide from bodies — or no treatment.

The study was approved and overseen by Yale’s Institutional Animal Care and Use Committee and guided by an external advisory and ethics committee. The pigs were sedated and anesthetized before cardiac arrest was induced, then kept anesthetized throughout the experiment.

Having induced cardiac arrest, the researchers stopped ventilating the pigs. One hour later, they started perfusing the experimental group with the OrganEx system.

Six hours after OrganEx treatment began, the researchers found that cellular functions had restarted in many areas of the pigs’ bodies. They did not see these same effects in the control animals.

In the OrganEx treated pigs, the researchers were able to restore circulation throughout the whole body, and some organ function was restored in the heart, liver, and kidneys. They also observed involuntary, spontaneous movements in these pigs, indicating that some motor functions were preserved.

Dr. William Kessler, board certified cardiothoracic surgeon with Cardiothoracic and Vascular Surgeons and Surgical Director of Cardiac Transplantation and Mechanical Circulatory Support at Ascension Seton in Austin, TX, told Medical News Today that this research was taking organ revival to the next level:

“They have infused a special solution, made up of several components, through a circulatory system into the bodies of deceased pigs and had evidence of better organ function than when compared to standard ECMO.”

The technology could have several applications, including extending the life of organs and increasing the availability of organs for transplant.

But the authors stress the ethical challenges in this area, and are careful not to overstate the importance of their findings.

“Overall, further optimization and expansion of our technology will be needed to fully understand its broader effects on ischaemic tissues and recovery. Although the in vivo results here show promise to bridge gaps between basic research on ischemia and transplantation medicine or clinical resuscitation science, understanding the recovery of brain function requires careful consideration,” they write.

However, Dr. Kessler believes this technology is a step forward.

“Whatever the outcomes, these researchers are helping to push the boundaries in the field of transplantation and possibly even preservation of organ function in viable patients with end-organ damage,” he noted.