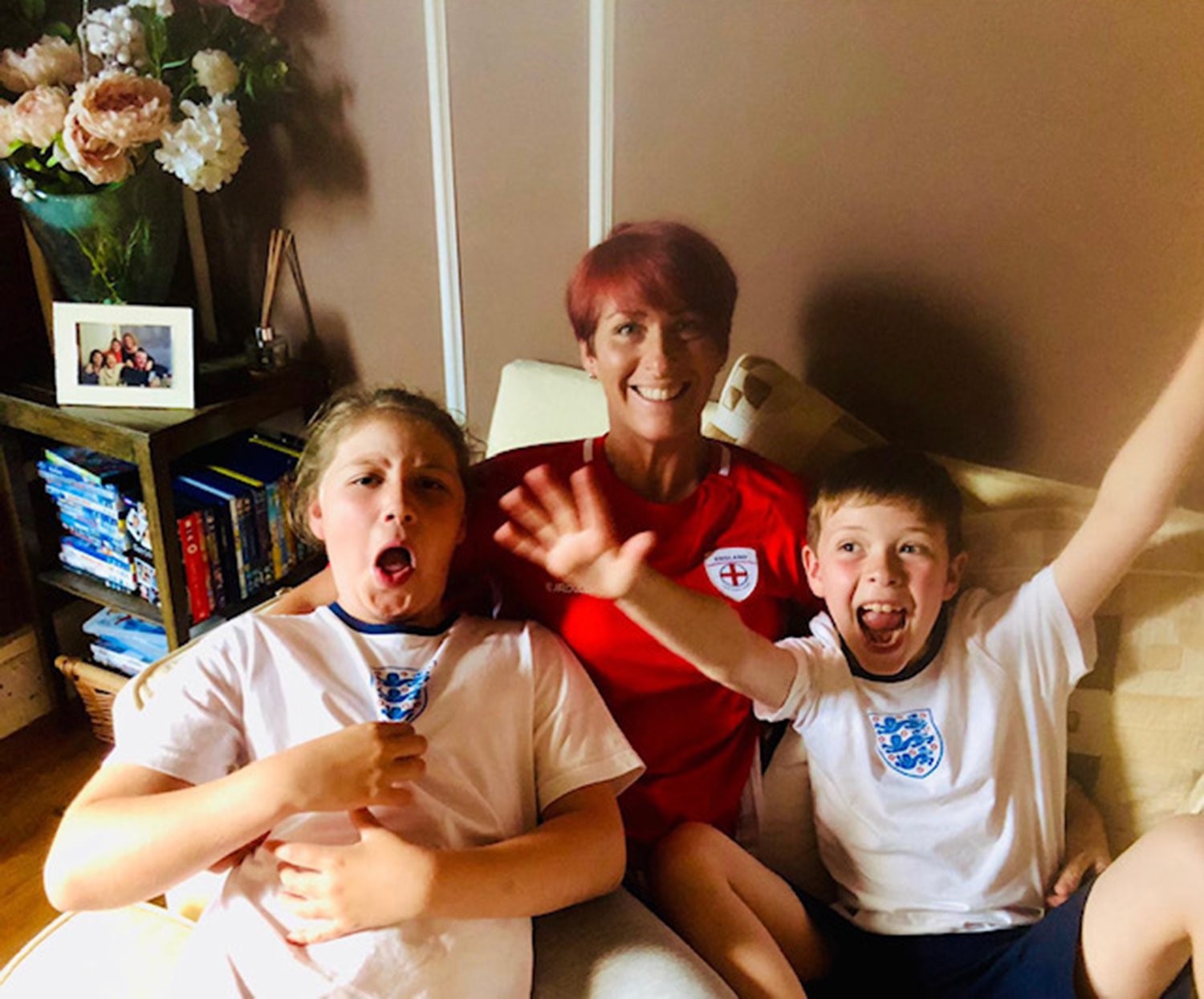 A single mum-of-four was devastated to be given just four weeks to live, after what she believed to be symptoms of menopause turned out to be signs of deadly brain cancer.

Sonia Scott, 48, from Bracknell, Berkshire, was diagnosed with a grade four glioblastoma brain tumour after suffering from a seizure in August last year.

Although she’s now made it past her prognosis, the mum – to Samuel, 22, Benito, 20, Katie, 10 and William, eight – is now determined to make as many memories with her children as she can.

Previous to the seizure Sonia had visited her GP complaining of headaches and fatigue, but her symptoms were attributed to the menopause, stress, and depression.

She said: ‘I didn’t think I had something as devastating as a brain tumour but I sensed something wasn’t right.

‘I felt frustrated that my symptoms were put down to the menopause because of my age without any further investigation.’

It was while driving in August 2021 that Sonia had her first terrifying seizure, thankfully managing to keep the car stationary and alert for help from emergency services.

After a visit to A&E, she was told she would be invited back for an MRI. 12 days later the scan revealed her brain tumour and she was sent for biopsy surgery (which was cancelled three times before going ahead in October).

A consultant broke the devastating news to Sonia around six weeks later, explaining that the grade four IDH-wildtype glioblastoma tumour she has is fast-growing and aggressive.

‘I was told I have a grade 4 incurable tumour. I was alone receiving this distressing news because of Covid and I couldn’t take it in – I was numb with shock,’ Sonia told NeedToKnow.online.

‘Initially I was told I had 18 months to live, but more recently my consultant gave me the shocking news that I had just four weeks. Thankfully, it has been twelve weeks since then but it frightened me.

‘All I want is more time with my children. As much time as I can possibly get.’

Although her older children have taken the news ‘in their stride’, the younger children only know that ‘mummy has a poorly head’.

‘I can say this to explain to them why I’m tired or why my speech can be slurred,’ said Sonia. ‘They accept it – my son says “you’ve got a hole in your head,” and that’s true. I’m open with them as much as I can be.

‘When the right time comes, I will tell them more but I don’t want to frighten them and cause them distress too soon.’

Sonia, who previously worked for David Lloyd gym, has now made a plan to take the kids to the hospice she’ll eventually move in to, in an effort to help them understand.

It’s the worry of what happens when she isn’t around that haunts Sonia.

She said: ‘It’s a lonely and difficult place to be on this journey. As a single mum I have always been so independent and it takes a lot of mental effort for me to ask for help.

‘But I’ll do anything for my kids. My family and friends have been so supportive but I do worry for my youngest two because the older boys had me all through their childhoods.

‘Knowing I won’t see Katie and William grow up has devastated me but it has also shown me the amazing pride I have for them and their achievements now.’

Despite going through 33 rounds of radiotherapy and seven weeks of intensive chemotherapy, Sonia made it out of hospital to see Katie’s football presentation, which she says ‘was better than a trip to DisneyLand.’

Doctors estimate that life expectancy with this form of cancer is between 12-24 months with treatment or just five months without, so Sonia is looking into second opinions and alternative therapies in the hope of prolonging her life.

So far, she has raised over £15,000 on GoFundMe to cover the costs of expensive specialist immunotherapy in Germany that isn’t available on the NHS. It costs £10,000 per trip and Sonia needs to go every six weeks.

At present, she has maintenance chemotherapy and scans ever six weeks, as well as paying for private holistic treatments such as hyperbaric oxygen therapy.

Sonia said: ‘My family all rallied around us and we put lots of things into place.

‘I’ve started to create keepsakes for the children and I want to write them each cards to open for special days in their adult lives that I won’t be around to see – the younger children’s 18th birthdays and their weddings, I want to be a part of it in my own way.’