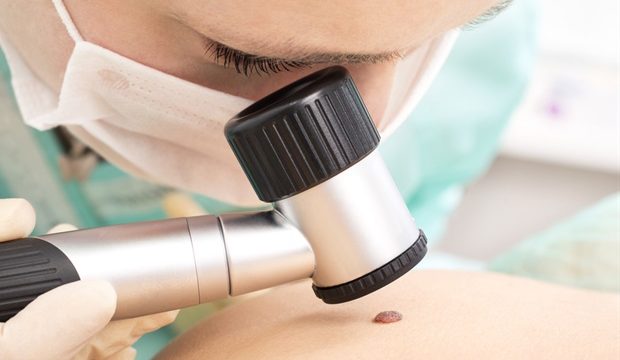 Kidney cancer accounts for only 4% of all cancers in the United States; however, its incidence has more than doubled since 1975, with the most common type being clear cell renal cell carcinoma. While outcomes of patients have been improving due to new treatment options, the five-year survival rate of patients is 50% to 69% and even less for patients with metastatic disease.

Scientists are trying to improve their understanding of the development of clear cell renal cell carcinoma to develop new targeted therapeutics. In a new study published in European Urology, Moffitt Cancer Center researchers identify biomarkers for this disease type and develop a tool to indicate which patients are at high risk of poor outcomes based on their biomarker expression.

Clear cell renal cell carcinoma is a complex disease that develops due to different types of genetic mutations, including alterations that are inherited and those that develop sporadically. Despite this knowledge, none of these mutations have been able to be used to develop effective therapeutics. To help better understand the key molecular processes that contribute to clear cell renal cell carcinoma development, Moffitt researchers began studying alternative messenger RNA (mRNA) splicing variants to determine if they are altered in this disease and if the variants could be used as biomarkers for patient outcomes.

MRNA is a key intermediate molecule in the process of converting DNA into proteins. DNA is converted into mRNA in the nucleus of cells. The mRNA is then used as a template to form proteins that control all cellular and physiological processes; however, before the conversion of mRNA to protein, the RNA molecule is spliced into different products. This enables a single gene to code for multiple different proteins. Alternative splicing is a natural process, but cancer cells can hijack the process to create splicing variants that contribute to cancer development and progression.

The Moffitt researchers used a novel screening process starting with cancer cell line data followed by confirmation with clear cell renal cell carcinoma patient data to identify splicing variants that are enriched in patients. They identified 16 key splicing variants that were altered in patients with clear cell renal cell carcinoma, several of which were associated with disease biology and outcomes. The researchers also determined that several splice variants were associated with altered DNA modification patterns.

The researchers used this information to create a survival risk tool based on the combined expression levels of five of the splice variants. Expression of RNASET2 and FGD1 was associated with poor outcomes, while expression of PDZD2, COBLL1 and PTPN14 was associated with better outcomes. The tool was able to stratify patients according to low, intermediate and high risk of overall and cancer-specific survival. The researchers further analyzed protein expression patterns in clear cell renal cell carcinoma tumor samples and discovered that several proteins responsible for gene splicing had altered expression and protein modification patterns in the high-risk patient group.

"These results suggest that altered splicing variants may play an important role in the development of clear cell renal cell carcinoma and represent biomarkers for patient outcomes," explained Brandon Manley, M.D., study author and assistant member of the Department of Genitourinary Oncology. "Future studies are needed to clarify the mechanistic roles of aberrant splicing variants, implications in predicting response to systemic treatment and utility as a biomarker of disease detection, recurrence or metastasis."

"The discovery of kidney cancer-specific splicing variants may facilitate development of a blood-based liquid biopsy assay to better manage patients with the disease. We are testing whether these RNA splicing variants are also detectable in the blood of the patients with clear cell renal cell carcinoma. If successful, we will develop a highly sensitive blood-based method for early diagnosis of this disease. This noninvasive method may also be used to monitor disease progression and even predict treatment responses," said Liang Wang, M.D., Ph.D., study author and senior member of the Department of Genitourinary Oncology.

Their study was supported by the National Cancer Institute (P30-CA076292) and a Kidney Cancer Association Young Investigator Award.