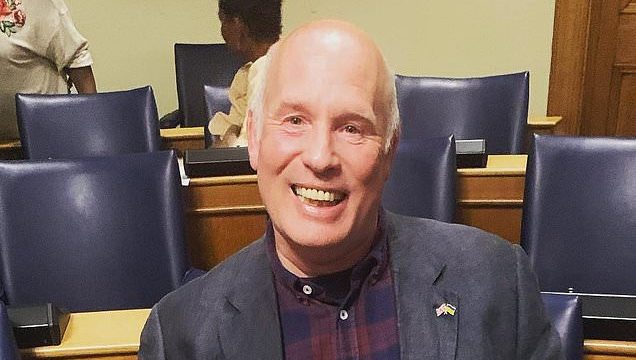 Fresh accusations of Tory cronyism surfaced today as it was revealed that a health minister’s husband’s firm was handed millions of taxpayer cash.

Michael Keegan, 60, who is married to Minister of State for Care and Mental Health Gillian Keegan, sits on the board of IT firm Centerprise International.

Yet, he is also a Cabinet Office representative responsible for securing deals with suppliers working with the Ministry of Defence, it was claimed.

Centerprise International received 17 Government contracts from October 2019 to May 2020 amounting to £24million, the Sun revealed.

But the Cabinet Office hit back at the claims, insisting Mr Keegan plays ‘no role’ in awarding contracts. 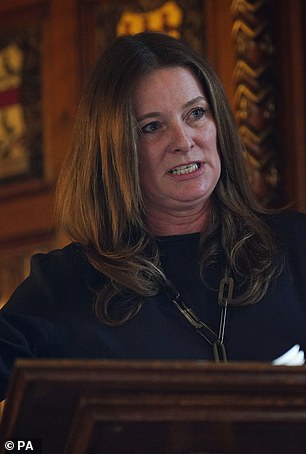 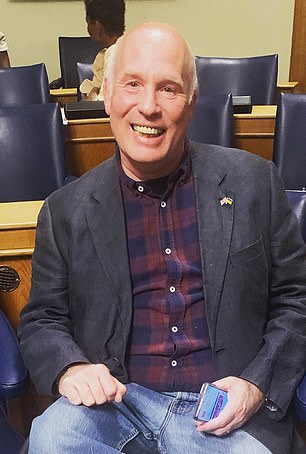 Michael Keegan (right), 60, husband of Minister of State for Care and Mental Health Gillian Keegan (left), holds a board role with IT firm Centerprise International

A spokesperson said: ‘We have a clear conflicts of interest process that ensures that all conflicts are identified and recorded formally and this safeguards our procurement and commercial processes.

‘Mr Keegan is responsible for managing the relationship between the government and BAE Systems.

‘He plays no role in awarding contracts to suppliers and declared his position at Centerprise as part of the Cabinet Office’s conflict of interests process.’

The spokesperson added that Mr Keegan has ‘agreed to remove himself from any conversations regarding bidding for public sector contracts’.

Mr Keegan started his role as a crown representative in September 2019.

Crown representatives are leading figures from the private sector brought into the heart of government to offer their expertise in getting value for money for taxpayers.

A spokesperson for Centerprise, which is based in Hampshire, told The National: ‘Please be aware there is no connection between Michael Keegan’s role as a non-executive director of Centerprise International and his appointment as a Crown Representative.

‘Crown Representatives play no role in the award of contracts to suppliers and his role at Centerprise was fully disclosed prior to appointment.

‘All MOD contracts awarded to Centerprise International were completed through relevant Crown Commercial Services frameworks. The story has no credence.’

John Healey, shadow defence secretary, told The Sun: ‘This smacks of crony contracts at the heart of defence procurement.

‘Protecting British armed servicemen and women is the most important duty of any Defence Secretary.

Similar accusations of cronyism were levelled at the Tory Government of PPE deals dished out during the pandemic.