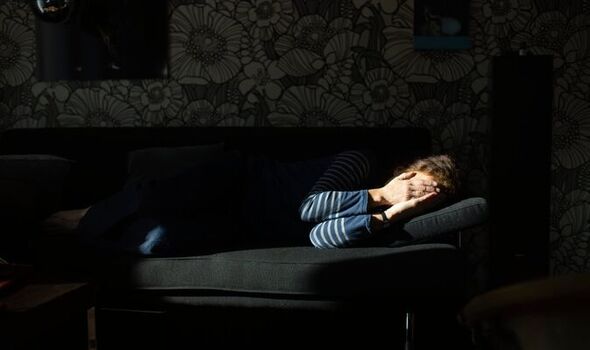 Other taboo topics kept off the agenda are menstruation, old-age, personal hygiene, and menopause.

This is despite celebrities including Lady Gaga, Davina McCall and James Argent, opening up about issues such as mental health, menopause, and obesity.

When quizzed about their secrecy, one in ten claim to have confided in someone in the past and been hurt by their response.

And nearly a quarter (23 percent) are concerned about being judged, while 18 percent were brought up to keep personal matters to themselves.

A fifth worry others can’t keep secrets, while one in six (16 percent) fear being made fun of, and 15 percent just want to be considered as “normal”.

The figures were revealed as part of an international study by hygiene and health company Essity.

A spokesman said: “The sad reality is that although we live in a society where the majority of people try to encourage openness and acceptance, there is still a long way to go in order to break down the barriers that prevent open and honest conversations.

“Many people fear being treated differently, whether they have a mental or physical ailment – and, unfortunately, there is still a lot of education needed.

“It can be so easy to judge others on something you don’t understand – but encouraging people to talk, particularly with a healthcare professional, is the first positive step you can take.”

The study found Brits have been so embarrassed about their issues they have even missed days of school or work.

It emerged adults are most likely to take time off due to mental health – with one in four needing to take a break to look after their own well-being.

A further 12 percent have chosen to skip school or work due to menstruation, one in ten for skin issues such as eczema, and six percent have even avoided others due to their obesity.

For those who have tried to talk to someone else, 45 percent turned to a partner, while 30 percent contacted mum.

More than a third (36 percent) would rather talk to a health professional than a friend (29 percent), a sibling (15 percent) – or even dear old dad (nine percent).

After opening up, a quarter felt immediately relieved, while 23 percent were less worried.

However, not everyone experienced feelings of positivity. Sadly, 14 percent felt they were burdening others, and 11 percent felt embarrassed, while one in 20 were left feeling mortified.

To reduce the shame and reluctance of discussing health and hygiene topics such as menopause, incontinence, and menstruation, adults believe education should start early.

More than half (55 percent) think it starts with parents being open with their children, while 46 percent think schools should create spaces for dialogue and training.

Nearly a quarter (23 percent) think businesses should take responsibility for their staff through awareness, knowledge, and support.

And 35 percent said it is down to the government to provide more information campaigns, accessible to all.

The spokesman for Essity added: “It is important for brands like Bodyform and TENA to try and push the boundaries and normalise the conversation around periods and menstruation for many.

“But this research tells us that embarrassment is still a major issue, and we need to keep working to ensure more people have the confidence to talk about their wellbeing without fear.”