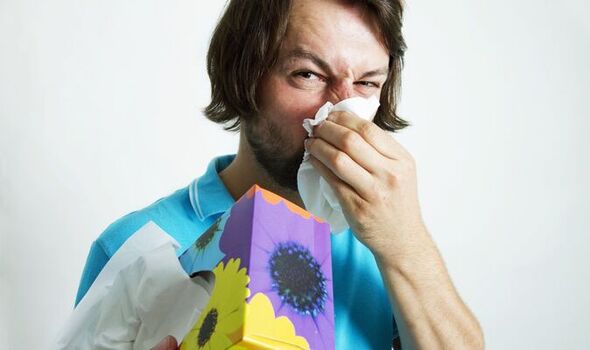 Of those, one in three (32 percent) have been sneezing or suffered with allergic reactions while at home, while a quarter (26 percent) have experienced ongoing fatigue.

But nearly half of adults (46 percent) admitted they had no idea what air pollution even was, while 62 percent considered it to be something that only occurs outside the home.

Dr Ranj Singh, who is working with Breville, which commissioned the research to launch its 360° air purifier range, said: “Indoor air pollution is a hidden danger even if you don’t have existing breathing problems, so it’s vital we educate ourselves on the causes.

“Everything from smoking indoors, to wood burning stoves and using cleaning products, can increase the risk.

“Indoor pollution worsens symptoms of asthma, COPD and bronchiectasis. It has also been linked to an increased risk of heart disease and strokes.

“We cannot completely eradicate indoor air pollution, but we can take steps to reduce it, including using household air purifiers.”

The study also found more than one in four adults smoke or vape inside, while one in six have damp or mould around their home.

Others use bleach regularly (32 percent) and own a furry pet (28 percent) – all things Dr Ranj believes contributes to indoor air pollution.

It also emerged over half (53 percent) suffer with hay fever – with symptoms including itchy eyes (55 percent), sneezing (54 percent), and runny and blocked noses (52 percent).

And a fifth have even moved away in search of better air quality.

But three-quarters of pet owners would rather suffer from allergy symptoms than give up their furry friend.

And 24 percent of those polled, via OnePoll, would opt for poor air quality rather than changing their current lifestyle in any way.

Dr Ranj Singh added: “The research shows that very few adults own an air purifier, despite how effective they are at eliminating indoor air pollution, reducing pet and pollen allergens, filtering out harmful germs, and removing unpleasant odours from the home environment.”