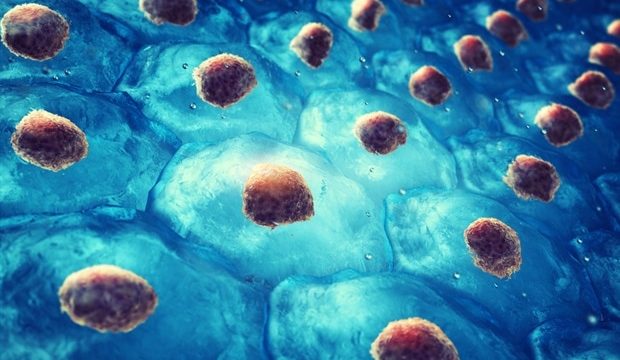 Using live imaging and cellular barcoding, researchers in the Stem Cell Program at Boston Children's Hospital have glimpsed how new stem cells -; in this case, blood stem cells -; are vetted for quality soon after they're born. The study, which may have implications for cancer and regenerative medicine, was published September 22 in the journal Science.

Led by Sam Wattrus, a PhD candidate in the lab of Leonard Zon, MD, the researchers used a zebrafish model to observe stem cell development. When a stem cell is born, they found, it travels to a special location where immune cells known as macrophages come into intimate physical contact with each cell.

That's when the vetting occurs: Cells showing signs of stress (having high levels of toxic molecules known as reactive oxygen species) were engulfed and eaten by the macrophages, the team found. In contrast, apparently healthy stem cells were allowed to live and were selectively amplified.

Whenever a macrophage interacts with cells, it takes in a tremendous amount of biological information. What we see is that cells that have high stress are eliminated, and those with low stress are selectively dividing."

Exploring further, Wattrus and colleagues showed that the stressed stem cells bore a specific marker on their surface, a protein known as calreticulin, that acts as an "eat me" signal. Stem cells lacking calreticulin, or having just small amounts of it, were not eaten and seemed to be encouraged to expand. The macrophages appeared to remove some material from them, and the stem cells went on to multiply after the encounter.

"Using cellular barcoding, we can measure the number of clones (distinct cell populations) after the interaction happens," elaborates Zon, who is also affiliated with the Division of Hematology/Oncology and is a Howard Hughes Medical Institute Investigator. "If a macrophage doesn't 'like' a stem cell, that clone won't contribute to the stem cell pool."

The team also observed similar macrophage-stem cell interactions in embryonic mice. Zon thinks that this QA process could lead to new approaches to cancer and regenerative medicine, and is currently pursuing both possibilities in his lab.

"You would basically teach the stem cells to be attractive or repulsive to macrophages with small molecules or other targeted therapies," he says.

It is known in the cancer world that cancer cells can sprout "don't eat me" signals to evade attacks by our immune system, and there is much interest in blocking these signals with antibodies to outsmart the cancer. But Zon is more interested in the "eat me" signals and whether they could be introduced into precancerous or cancer cells to encourage macrophages to destroy them.

Such approaches could potentially be used in pre-cancerous conditions like clonal hematopoiesis and myelodysplasia, marked by rogue populations of blood stem cells, or in leukemia and other blood cancers.

"There might be a way to use a small molecule to stress the cell, leading to surface calreticulin that causes the offending clones to be eaten," Zon speculates.

He envisions the opposite approach in tissue regeneration, where stem cell markers could be manipulated to encourage macrophages to optimize the stem cell pool for cell-based therapies. Although this study was focused on blood stem cells, Zon thinks it likely that other stem cell populations are exposed to a similar QA process.

If so, there could be big potential implications for lifelong health. "Your stem cell pool is made, for the most part, during embryonic development," notes Zon. "Interactions that happen here determine which stem cells are going to be used in adulthood."