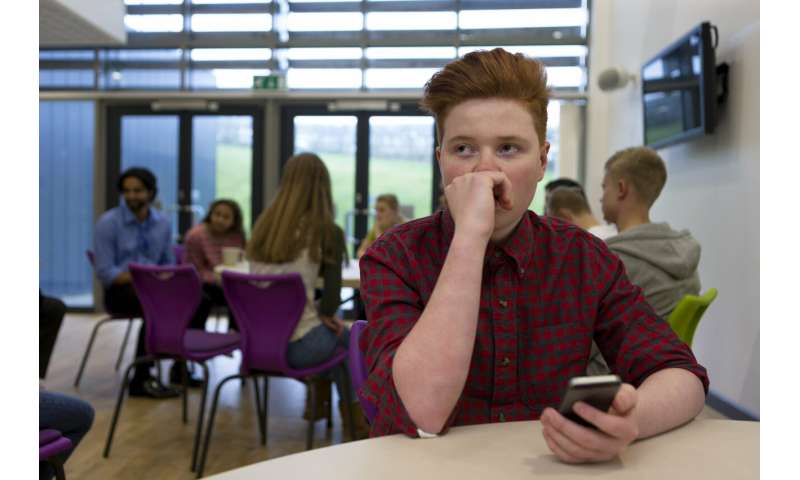 Adolescents who identify as LGBTQ often face victimization and bullying because of their sexual and gender identity. New University of Connecticut research indicates that high percentages are also teased and bullied because of their body weight – in some cases at higher rates than previous reports of weight-based bullying in heterosexual youth.

The study, published in Pediatric Obesity, reports on findings from 9,838 adolescents who participated in the 2017 LGBTQ National Teen Survey, a comprehensive survey conducted in partnership with the Human Rights Campaign to assess victimization, health behaviors, family relationships, and experiences of LGBTQ adolescents across the United States.

Furthermore, approximately 1 in 4 teens reported these experiences at school, and body weight was the third most common reason that these adolescents reported being teased or treated badly, following sexual orientation and gender identity.

“Body weight is often absent in school-based anti-bullying policies, and our findings suggest that heightened awareness of this issue may be warranted in school settings to ensure that weight-based victimization is adequately addressed and that sexual and gender minority youth are recognized as potentially vulnerable targets of weight-based bullying,” said Rebecca Puhl, deputy director of the UConn Rudd Center, professor of Human Development and Family Studies, and the study’s lead author.

Adolescent obesity rates currently reach 20 percent in the United States, and weight-based victimization has become a widespread form of mistreatment experienced by youth. This victimization has harmful health consequences, including increased risk for depression, low self-esteem, suicidal ideation, poor body image, disordered eating, harmful weight control behaviors, and lower levels of physical activity. Despite mounting evidence of weight-based victimization in youth, there has been little attention to this issue in LGBTQ adolescents, despite their high prevalence of overweight and obesity and increased risk for victimization.

“These issues warrant attention among healthcare providers, parents, educators, and all others who interact with adolescents. Increased consideration must be given to the intersection of social identities related to body weight, sexual orientation, and gender identity in youth,” said Ryan Watson, assistant professor of Human Development and Family Studies, and study co-author.

These findings are timely, given a 2017 policy statement from the American Academy of Pediatrics, recommending that pediatricians assess youth with obesity for their experiences of victimization and stigma related to their body weight.