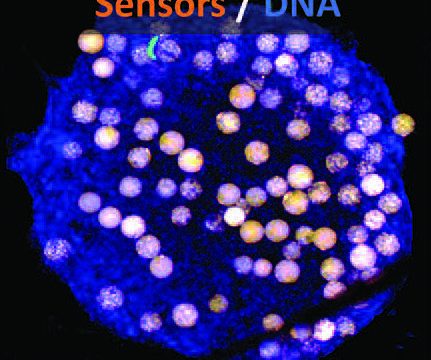 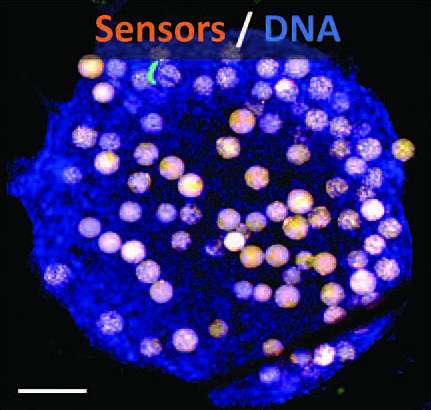 There are 1.5 million cases of drug-induced kidney toxicity each year in the U.S. Among the usual suspects are cyclosporin and cisplatin, a pair of widely used chemotherapy drugs. Because both are considered lifesaving therapies, research into mitigating the kidney damage they cause is vital to improving treatment for cancer patients. Using a kidney-specific tissue-on-a-chip technology, researchers from Grass Center for Bioengineering at The Hebrew University of Jerusalem and the biotech company Tissue Dynamics have uncovered the mechanism that causes kidney damage from these drugs, as well as a treatment to prevent or reverse nephrotoxicity. The findings are published in Science Translational Medicine.

Using human tissue cells in a microfluidic environment that mimics the function of the kidney proximal tubule—a structure that is particularly sensitive to drug toxicity and often the site of the kidney’s first and most severe damage from nephrotoxic therapies—the team embedded biosensors to track the tissue’s response to drugs in real time. Professor Yaakov Nahmias, Director of the Grass Center for Bioengineering and corresponding author of the study, offers a simple analogy. “Today, we can easily tell if our car has a flat tire or an oil leak, our dashboard lights up because we placed sensors in all places that can go wrong in a car. When our car fails, we simply connect it to a computer that can tell us what is wrong. Imagine doing the same thing, but for the human body.” It seems like the stuff of science fiction, but with lab-on-a-chip technology, it’s a viable testing platform. “We placed microscopic sensors in human tissues that we can communicate with. This allows us to measure tiny changes caused by disease or drug toxicity.”

“In this study, we saw that the anti-cancer drug cisplatin caused the kidneys to pick up too much sugar,” Dr. Nahmias told Medical Xpress. “The solution was to add a drug that blocked this sugar reabsorption, and essentially eliminated the damaging effect of this chemotherapy treatment.” And because that drug—a sodium-glucose cotransporter-2 (SGLT2) inhibitor called empagliflozin—is already FDA approved and in use, the process for testing its efficacy in mitigating chemotherapy-induced kidney damage is much simpler than testing a new drug from scratch.

Testing drugs for human use on in vivo tissues is a better option than small animal testing because mice models and tests don’t always reflect the results we find in clinical trials. What works well for a mouse may be essentially negligible in a human body, or worse, toxic. By circumventing this animal testing stage and instead testing directly on human tissue, drugs and other treatment options can be tested more quickly and accurately, moving them into clinical testing sooner and, with persistence and good science, save lives sooner. “Cisplatin is one of the most used drugs in cancer therapy,” Dr. Nahmias explains. “Our findings would allow patients to receive higher doses of the drug or longer durations of treatment without the side effects associated with chemo.” 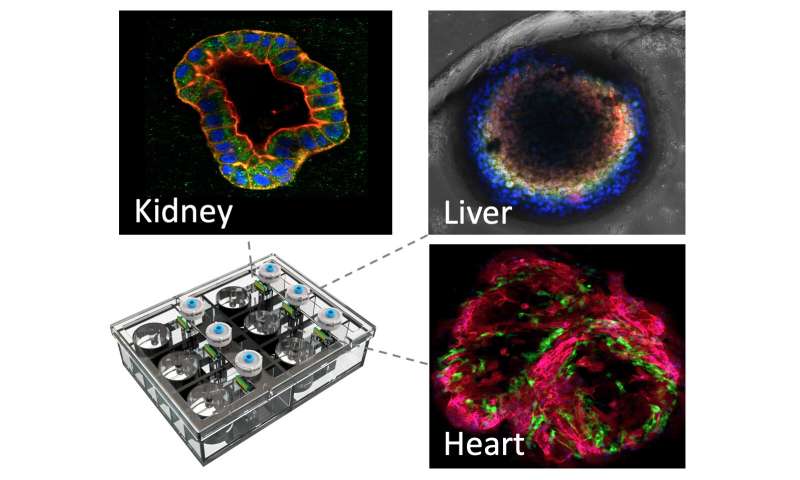