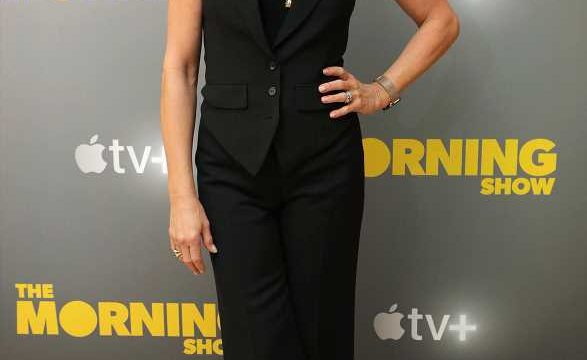 Add Jennifer Aniston to the growing list of celebs who love intermittent fasting.

The 50-year-old actress said she’s had major success on the eating plan, which requires fasting for 16 hours a day and eating only during an eight-hour period.

“I do intermittent fasting, so there’s no food in the morning,” she told U.K. outlet Radio Times. “I noticed a big difference in going without solid food for 16 hours.”

Instead, Aniston — a late riser who gets up around 9 a.m. each day — sticks to just liquids in the mornings, like green juices and coffee.

“Today, I woke up and had a celery juice,” she said. “Then I started to brew some coffee, but I don’t drink coffee that early.”

Before sitting down with her cup of joe, Aniston said she meditated, worked out and fed her dogs.

Her Morning Show costar Reese Witherspoon, on the other hand, is up with the sun because of her 7-year-old son Tennessee, who wakes her up at 5:30 or 6 a.m. But she, like Aniston, prefers a liquid breakfast.

“I just have a green juice and a coffee in the morning,” Witherspoon, 43, said.

The mom of three also forces herself to start exercising in the morning.

And Witherspoon said she turns to Aniston for “well-being” advice, because she “knows so much about health and fitness.”