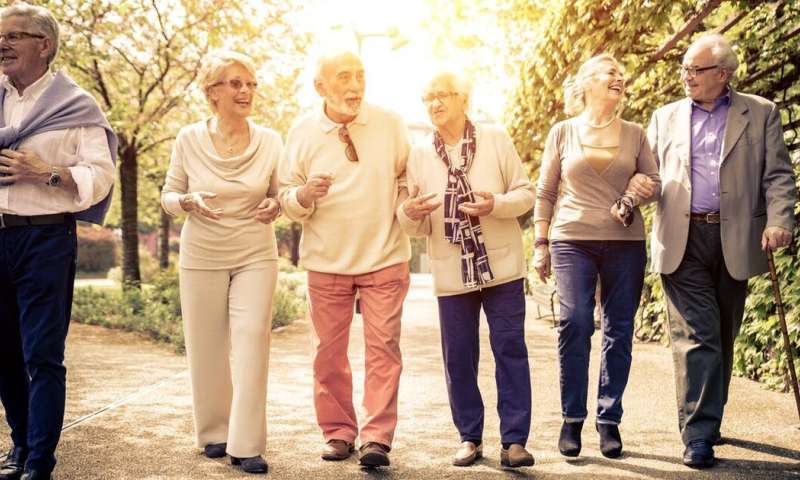 Today, that number has gone up to 17, and the United Nations forecasts that it will increase by about five more years by the end of the century.

One consequence of the increase in life expectancy is that the proportion of the population above age 65 has increased, too. In policy analyses and in the media, increases in these proportions are frequently taken to mean that the population will keep getting older. This is often interpreted as warning of a forthcoming crisis.

In our study, published on Feb. 26, we explored the implications of this alternative view for assessing the likely future of population aging. We found that, using this new perspective, population aging in high-income countries will likely come to an end shortly after the middle of the century.

Sixty-five-year-olds today are not like 65-year-olds in 1900. Today’s older people on average live longer, are healthier and score higher on cognitive tests. 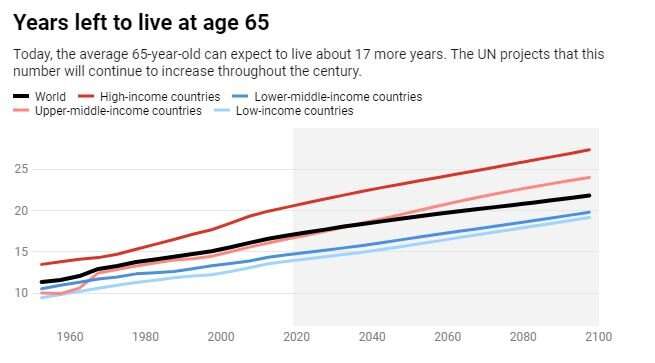 In our study, we explored the future of population aging, measured with and without age inflation.

We wanted to understand whether population aging will come to an end in the foreseeable future, particularly in wealthier countries, where public concern about population aging is most acute. We looked at countries with a gross national income per capita at or above $4,000, including Barbados, Croatia, the U.S., China, Russia and South Africa.

We computed the likelihood that population aging would come to an end this century using two measures. First, we looked at the proportion of the the population above a certain age. The unadjusted measures uses a cutoff of 65. The adjusted measure uses an age that changes from year to year based on a remaining life expectancy of 15 years. 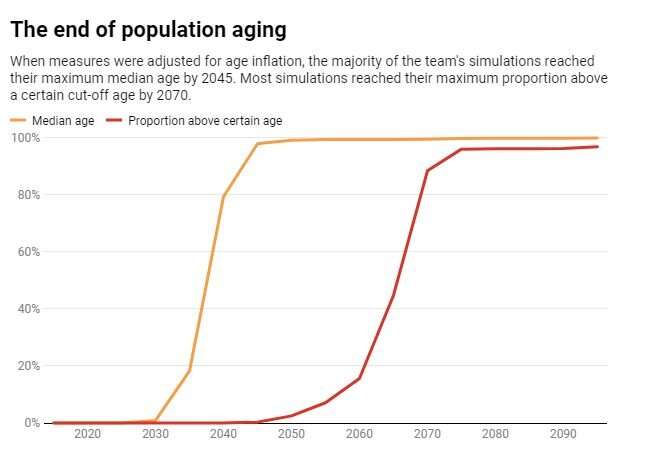 When exactly will population aging end? It depends on whether you’re looking at the adjusted proportion of people who are counted as old is used or the adjusted median age. By the second measure, in over 95% of our 1,000 simulated futures, populations stopped growing older by 2050.

Of course, although it is possible, no one would ever forecast future Social Security payments assuming a fixed dollar monthly payment. It’s too unrealistic. Forecasts are always made using adjusted benefit levels.

In demography, however, forecasts of population aging are still often made on the basis of ages unadjusted for life expectancy change. We believe these are equally unrealistic.