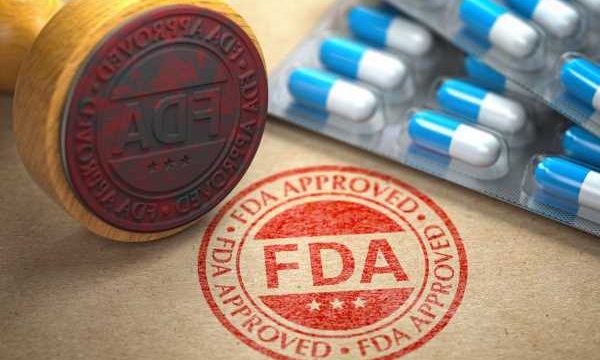 During the establishment of SARS-CoV-2 infection, the S1 subunit of its trimeric S glycoprotein binds the angiotensin-converting enzyme 2 (ACE2) receptor on host cells, and the S2 subunit drives viral fusion with host cell membranes.

After ACE2 binding, S is proteolytically cleaved at its S1/S2 junction by furin-like proteases, followed by a secondary cleavage event at the S2’ site mediated by the transmembrane serine protease 2 (TMPRSS2) and trypsin (human proteases), finally releasing the S2 domains for viral fusion at the plasma membrane and viral entry into the host cell. Alternatively, the cathepsin L (catL) proteases-mediated pathway, allows S activation for fusion by endosomal uptake of the virion in some types of cells.

All-atom structures of SARS-CoV-2 S protein, showing a well-established structural region at S2’, are now available, which could facilitate performing molecular drug screening. Furthermore, the S2’ site is conserved (not prone to mutations like ACE2) across all SARS-CoV-2 variants.

Devising therapeutic strategies against coronavirus disease 2019 (COVID-19) that will remain effective against future SARS-CoV-2 variants is also crucial as vaccine protection is not 100%, and its distribution is inequitable across the world.

The researchers analyzed protein ensembles recurrent in the databases to screen varying confirmations of the same molecular drugs. The ensemble docking procedure allowed ranking molecules based on their predicted binding affinities to unbound proteases and S proteins (monomers) and protease-S protein complexes. In total, the researchers ensembled 17 monomers and 24 complex structures after performing over 205,000 docking calculations on 5,000 small molecules and identified ~200 molecules with < -7.4 kcal/mol binding free energies.

They filtered 200 molecules based on acute toxicity (LD50) and Tanimoto coefficient of ligands to identify unique ligands with low toxicity, leading to only 55 drugs. These were subjected to a total of 17.0 μs all-atom molecular dynamics (MD) simulations, each with 100 ns, using the GROningen MAchine for Computer Simulations (GROMACS-2018).

In total, 173 initial configurations of small molecule-protein complexes were simulated in an aqueous environment using the transferable intermolecular potential with 3 points (TIP3P) water model to ensure charge neutrality (Na+ or Cl–). Thus, helping researchers assess the stability of these drug-target interactions and quantifying their binding energy in the presence of the solvent.

The RMSD plots and the binding energies from the MD simulations ranked the drug-target interactions. Using the Molecular Mechanics Poisson–Boltzmann Surface Area (MM-PBSA) method, they estimated binding free energies of stable proteases-S complexes to get ~20 hits. These were tested experimentally for their antiviral potential, at least in one case (against catL), for their potential to inhibit protease activity.

The root-mean-square deviation (RMSD) clustering of the structures obtained from ensemble docking yielded structures from the top three clusters, which accounted for more than 70% of all conformational states.

From each ensemble, they in silico screened the top three configurations (except for S2’) of three unbound protease structures and one S1/S2 boundary structure. Contrastingly, for the screening of S2’, they used an equilibrated configuration. Notably, RMSD values within each ensemble varied from 0.9 to 1.3 Å.

The in silico experiments predicted catL inhibition for two of the five molecules, highlighting the potential of this pipeline for high throughput drug screening. These drugs, Nystatin and Rifapentine, showed measurable inhibitory effects on catL activity. Currently, nystatin is used for treating fungal infections in the mouth, whereas rifapentine is an antibiotic used for tuberculosis treatment.

The researchers also identified Irbesartan and Nebivolol as potential drugs specific to the D936Y variant.

Together, the study data indicated that TMPRSS2, trypsin, and catL are potential targets for drug repurposing and for devising new antivirals against SARS-CoV infection.

It is appealing as proteases mediated inhibition of proteolytic cleavage of SARS-CoV-2 S protein. This prevents the viral genomic material release into the host cell cytoplasm and is effective against both extracellular and endosomal viral entry.

The authors cautioned that the drugs identified in the study require further evaluation in clinical settings before being used for COVID-19 treatment. Subsequently, their premature applications could be harmful and result in a shortage of drugs for patients who need them at present.