Visceral fat is stored in the abdominal cavity next to a number of vital organs, such as the liver, pancreas and intestines. This is why storing high amounts is associated with increased risk of serious health problems – in particular, cardiovascular disease. Experts recommend making changes to your diet to get rid of visceral fat, with some of the first steps being to reduce saturated fat and sugar intake. Studies have also shown eating plenty of fibre can help banish the belly fat.

A study carried out by Forest Baptist Medical Centre found eating 10g of soluble fibre a day resulted in a 3.7 per cent reduction in visceral fat over five years

A study carried out by Forest Baptist Medical Centre found eating 10g of soluble fibre a day resulted in a 3.7 per cent reduction in visceral fat over five years.

Soluble fibre forms a gel-like consistency when it reaches the stomach, making you feel fuller for longer and also helping block the absorption of cholesterol.

Here are six included in its recommendation: 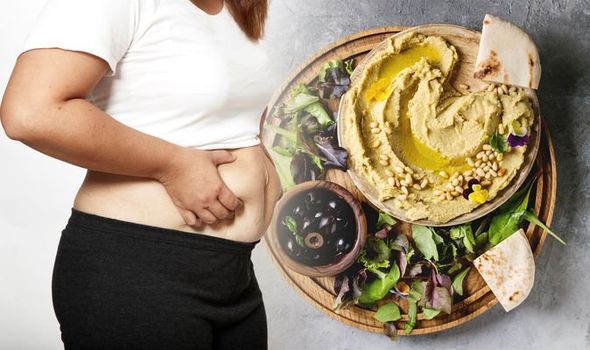 Tips include having a high-fibre cereal at breakfast, adding fruit to breakfast cereal, having a wholemeal sandwich at lunch with carrot sticks and hummus, adding pulses and lentils to dishes, and having fresh fruit as a snack.

Including protein in your diet can also be a helpful way to lose weight because it makes you feel fuller than carbs and fat do.

Dr Luke James, medical director, UK Insurance at Bupa UK, advises: “If you include a lean source of protein in your meals you may find that you’re not as hungry, and overall you’re not eating quite as much as you were.

“And, some studies have suggested a link between eating protein and having less belly fat. 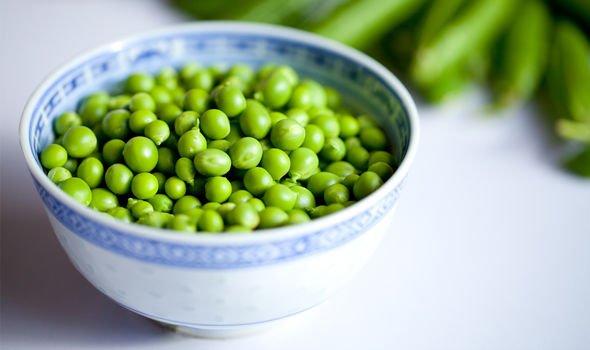 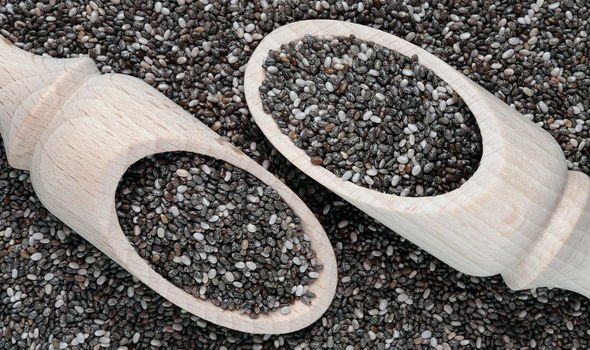 Alongside eating a healthy diet, doing regular exercise can help you get rid of visceral fat.

Experts recommend doing aerobic exercise – another name for cardio – which has a reputation for burning a lot of calories.

Many studies have shown aerobic exercise can help you lose visceral fat, even without dieting.

An analysis of 15 studies in 852 people looked at how well different types of exercise reduced visceral without dieting.

The study, titled ‘The Effect of Exercise on Visceral Adipose Tissue in Overweight Adults: A Systematic Review and Meta-Analysis’, found moderate and high-intensity aerobic exercises were most effective at reducing visceral fat without dieting.

Five types of aerobic exercise you may want to try are: