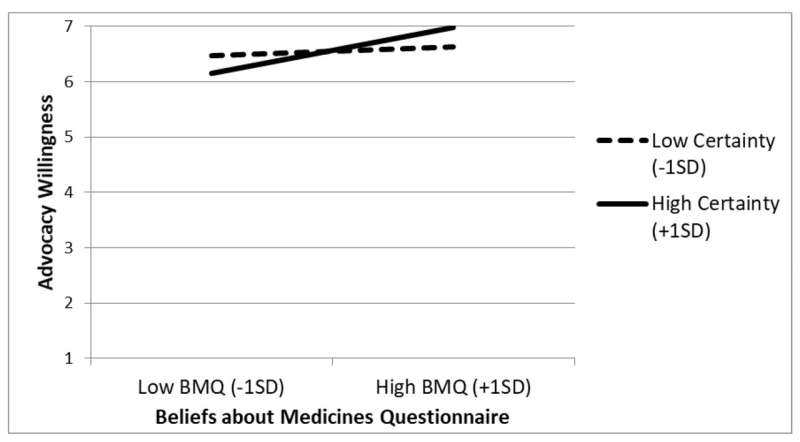 It’s one thing to believe in the safety and value of vaccines like those used for COVID-19. But it may take a bit more for supporters to go out and urge others to get their shots.

That “bit more” is certainty, a new study finds. People who said they were more confident in their beliefs that vaccines and medicines were safe and effective were more likely to want to actively support these views.

“Before people are willing to become advocates for vaccines, they will probably not only consider their opinions toward vaccines, but also how certain they are in their view,” said Richard Petty, co-author of the study and professor of psychology at The Ohio State University.

The study, led by Borja Paredes at the Universidad Autónoma de Madrid in Spain, was published recently in the journal Vaccines.

In the first study, 186 students completed a questionnaire concerning their beliefs about medications in general, including their known and unknown side effects, and whether they would be willing to follow prescribed treatments. Previous research has shown that answers to this questionnaire predict willingness to receive vaccines.

Next, the participants were asked to rate on a scale of 1–7 how confident they were in their responses, how certain they were, and how valid they thought their views were.

They were then asked to rate how willing they would be to share messages on social media in favor of vaccines, and in favor of the COVID-19 vaccine in particular.

Findings showed that those who expressed more pro-medicine views on the questionnaire were more likely to say they would share pro-vaccine messages when they were more certain about their beliefs. 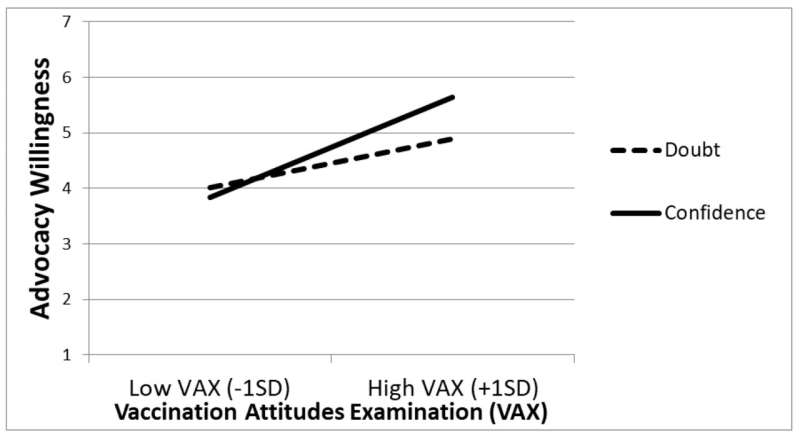 “We can better predict how people’s beliefs about vaccines and medicine will affect their behaviors if we know how certain and confident they are in those beliefs,” Petty said.

The researchers confirmed and extended their findings in a second study involving 202 college students. In this study, participants completed a different questionnaire examining attitudes about vaccines specifically.

Research has shown that answers to this questionnaire were associated with actually receiving flu and COVID-19 vaccinations.

But in this case, the researchers had participants complete a task that is designed to influence their feelings of confidence. They were each asked to write about a past personal experience in which they felt either confidence or doubt.

Past research has shown that recalling past episodes of confidence can give people a momentary feeling of confidence that can extend to whatever they’re thinking about at that time—in this case, it would be their feelings about vaccines. A comparable effect has been found when recalling feelings of doubt in which recalling past experiences of doubt lead people to doubt their current important thoughts.

In this study, findings showed that those who expressed more pro-vaccine attitudes on the questionnaire were more likely to take advocacy positions if they wrote about feeling confident.

For those who were pro-vaccine but wrote about feeling doubtful, the willingness to advocate was significantly weaker.

“Our main finding was that certainty played a role in vaccine advocacy whether we simply measured it in our participants or manipulated it to make people more or less confident in their beliefs,” Petty said.

“These results could help explain people who, despite expressing favorable attitudes toward vaccines, don’t act on those beliefs by getting vaccinations or taking other pro-vaccination behaviors. They may not be confident enough in their views.”