This all-star fundraiser was initially thought of by football fan John Birtwistle, whose friend of 20 years, Simon Cowlard, was diagnosed with myeloma back in February. Myeloma is an incurable blood cancer which claims the lives of 3,000 people in the UK each year and the football match, which is set to take place on July 2, is planned to “take [Simon’s] mind off” the diagnosis. John then got in contact with Hollyoaks actor Ashley Taylor Dawson, who plays Darren Osborne, and he rallied other keen actors who were willing to take to the field in order to raise as much money as they could for charity.

Speaking about the soap’s involvement, Dawson shared: “John rang me three months ago and told me what was going on. We have a football team on Hollyoaks so we got the lads involved to do what they do best.

“With filming and people being up and down the country, you don’t always know where you’re going to be, so we weren’t sure who was going to be able to do it, but the lads came through.

“Win or lose there will be a bit of competitiveness on the day. I’m looking forward to it. It’s for a good cause. Cancer is devastating, the more awareness we can raise the better.”

In addition to Hollyoaks actors, multiple ex-football players have also signed up for the cause, including Spurs’ own Michael Brown, Gary Caldwell and Joe Sealey with football club owner Smethurst making up the team. 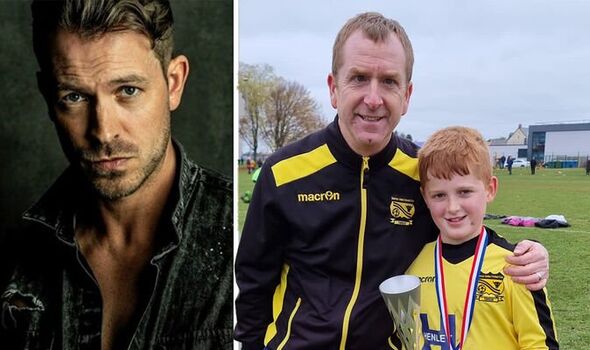 “Macclesfield FC have been brilliant,” 54-year-old Birtwistle said. “They’ve taken the match under their wing.

“We have celebrities and ex-football players involved. Ashley Taylor Dawson has been instrumental in organising the Hollyoaks team. We’ve had a lot of support. It’s going to be a great day for everyone and for Simon.

“Simon is a great friend of mine – we used to work together and I’ve known him for over 20 years. When I found out he unfortunately had myeloma, I wanted to do something to take his mind off it, do something positive and help the cause. Obviously it’s affected everyone around Simon. It’s been upsetting for me too.”

Sharing symptoms of his own and the onset of cancer, youth coach Cowlard shared that he has been experiencing chest pains for a few weeks. Then suddenly one day after a walk with his family, his legs started to go numb.

After being rushed to A&E, Cowlard had a scan which revealed a tumour pressing down on his spine. After a short period, at age 46, he was then diagnosed with myeloma.

Like Cowlard, Myeloma affects 24,000 people in the UK at any one time. However, despite being the third most common type of blood cancer, myeloma is especially difficult to diagnose.

Remarkably one in four patients wait more than 10 months for a diagnosis making it some of the longest delays out of any cancer in the UK. 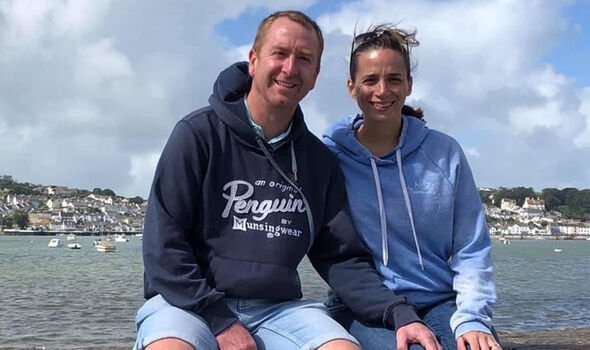 When DNA is damaged during the development of a plasma cell it starts to multiply and spread within the bone marrow. These abnormal plasma cells then release a large amount of a single type of antibody – paraprotein – which has no useful function.

Unlike many cancers, myeloma does not exist as a lump or tumour. The charity continues to explain that most of the medical problems related to myeloma are caused by the build-up of abnormal plasma cells in the bone marrow and the presence of the paraprotein in the body.

Myeloma affects multiple places in the body, which is why it is referred to sometimes as “multiple myeloma”.

The disease affects where bone marrow is normally active in an adult, such as in the bones of the spine, skull, pelvis, the rib cage, long bones of the arms and legs and the areas around the shoulders and hips. 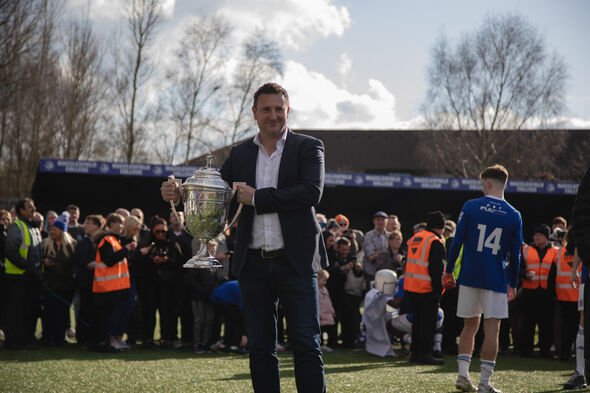 In addition to pain, which is the main symptom of the condition, other possible symptoms include the following:

“I had never heard of myeloma,” Cowlard, who lives in Benson, Oxfordshire shared. “Even now it’s still all relatively new to me and my family. Sometimes it feels like it’s happening to somebody else and I’m on the outside looking in. It took a while to get my head around it and understand what myeloma is.

“Myeloma is a cancer they do not have a cure for at present but there are treatments. Anything we can do to raise money will help people in my situation. It gets us closer to a cure.

“Science and medications are changing and improving all the time. If it can give me the slimmest of chances of living longer, then that’s my motivation. I am focused on coming out the other side stronger and with the myeloma totally under control.”