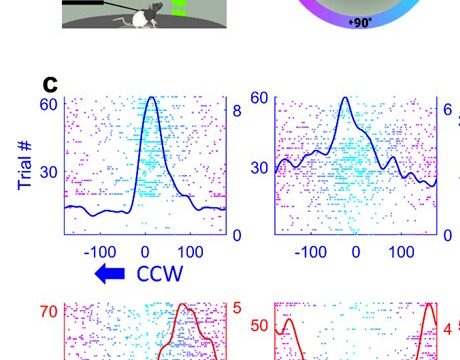 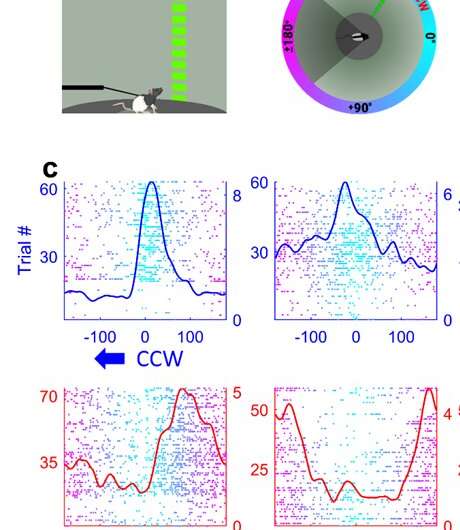 Understanding how the brain creates a map of the space around us has implications for research into learning and memory disorders ranging from autism to Alzheimer’s disease, where subjects often have an incorrect perception of space-time and events. Previously, it was thought that only neurons in the visual cortex were able to map the position of moving objects, and that the hippocampus, the memory-making part of the brain, required spatial exploration or a cognitive task in order to contribute.

A new UCLA study has found that hippocampal neurons in rats accurately map the position of a moving object even while the rat is stationary. The results challenge the idea that the hippocampus, a region of the brain involved in learning and memory, only encodes a map of space based on movement.

These new findings resolve long-standing puzzles about hippocampal function and open up many new avenues to develop early diagnosis and treatment for memory disorders, says Mayank R. Mehta, Ph.D., head of the W. M. Keck Center for Neurophysics at UCLA and a professor in the departments of physics, neurology, and electrical and computer engineering at UCLA.

“For example,” he said, “it allows scientists to study cognitive deficits such as a subject’s memory of events around them—the most common deficit in Alzheimer’s.”

The study, published in Nature, was conducted by scientists from the W. M. Keck Center, including lead authors Chinmay Purandare, Ph.D., and Shonali Dhingra, Ph.D.

Using a modified virtual reality maze for rats developed to probe the hippocampus’s memory function, researchers created a single bar of light on the VR screen that moved all around the rat—”as if a person was walking around you while you’re seated,” Dr. Mehta explained. Previous studies had found that such simple stimuli did not trigger the hippocampus. UCLA researchers, hypothesizing that the reason for that was the size of the stimuli, made the size of the bar large from the rat’s perspective.

By measuring neural signals, they found a majority of neurons in the rat’s hippocampus responded to the bar of light, logging its exact position, the direction in which it was moving, and even its distance and angular degree from the rat. The neurons also encoded identifying characteristics of the bar of light, such as its color and texture.

The results overturn the idea that the hippocampus requires movement in space to create a spatial map. The neural response “is quite similar to activity patterns in the visual cortices,” Dr. Mehta said. “That makes sense since the visual cortex is a major source of input to the hippocampus.”