High blood pressure is a common condition that affects more than a quarter of all adults in the UK. The condition, which is also known as hypertension, puts extra stress on your blood vessels and vital organs. It could be caused by eating an unhealthy diet, or by not doing enough exercise. But you could lower your risk of hypertension symptoms by regularly eating eggs for breakfast, it’s been claimed.

Eating eggs could help to lower your blood pressure

Eating eggs could help to lower your blood pressure, according to charity Blood Pressure UK.

They contain chemicals – known as peptides – that act in a similar way to some blood pressure medication, it added.

“These peptides work to block the production of a chemical called angiotensin, which raises blood pressure,” said the charity.

“A study used a model of the human digestive system to show that fried and boiled eggs produced a significant amount of these angiotensin-blocking peptides.

“In fact, fried eggs appeared to produce even more than boiled. These findings suggest that eating cooked eggs may therefore have an effect at lowering your blood pressure.”

Meanwhile, having a quick drink of apple cider vinegar could also lower your chances of hypertension, it’s been claimed. 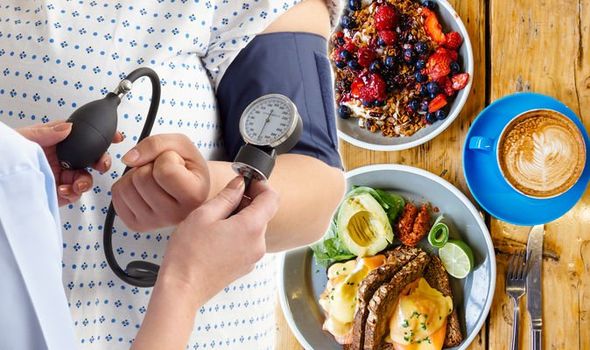 Apple cider vinegar works by reducing the activity of the kidney hormone renin.

Two tablespoons of apple cider vinegar, diluted in 200ml of water, twice a day, should be enough to lower your cholesterol and improve your blood pressure.

Beetroot juice is rich in nitric oxide, which relaxes your blood vessels and increases the blood flow to your organs. 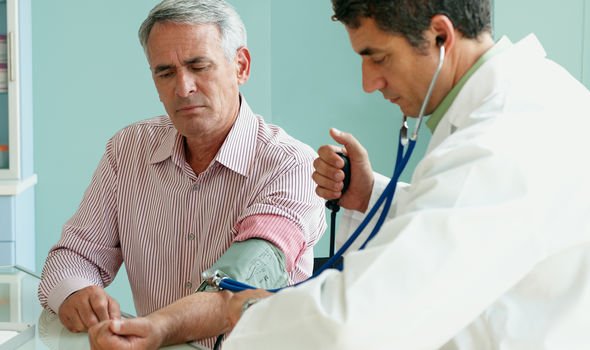 The most common high blood pressure symptoms include a pounding in your chest, finding blood in your urine, and severe headaches.

It’s crucial that all adults over 40 years old check their blood pressure at least once every five years.

You can check your blood pressure by visiting your local doctors’ surgery or pharmacy.

Diagnosing the condition early is very important, because patients are more at risk of some deadly complications, including heart attacks and strokes.