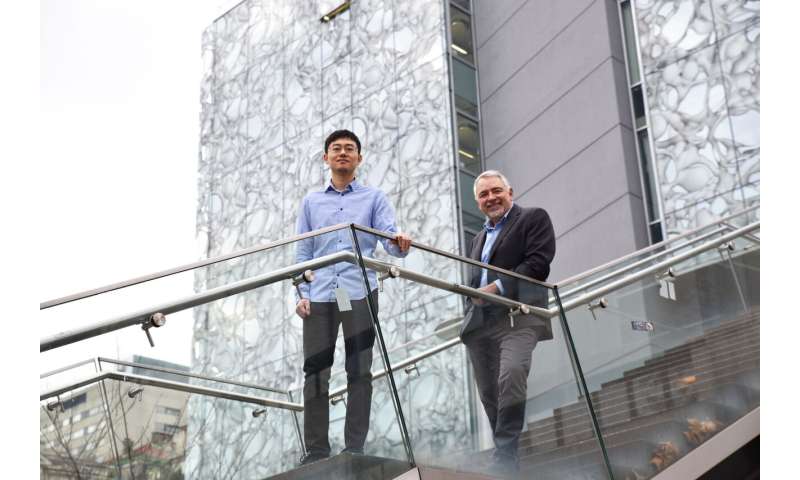 Patients with myeloproliferative neoplasm (MPN), a group of malignant diseases of the bone marrow, often have a carcinogenic mutated form of the calreticulin gene (CALR). Scientists of the research group of Robert Kralovics, adjunct principal investigator at the CeMM Research Center for Molecular Medicine of the Austrian Academy of Sciences have now identified hematoxylin as a novel CALR inhibitor. The study, published in the journal Blood, shows how hematoxylin compounds affect a specific domain of CALR and selectively kill those CALR mutant cells that have been identified as the cause of disease in MPN patients. The discovery has enormous therapeutic potential and gives hope for new treatment options.

Myeloproliferative neoplasms comprise a special type of blood cancer characterized by increased formation of blood cells, vulnerability to thrombosis and frequent transformation to acute leukemia. In 2013, in the laboratory of Robert Kralovics, researchers discovered that carcinogenic mutations of the gene calreticulin (CALR) were frequently found in affected patients; these are now used clinically as diagnostic and prognostic markers.

The mechanism by which the mutated CALR functions as an oncogene, which can lead to myeloid leukemia, has also been scientifically identified since then. The carcinogenic effect of CALR mutations is based on the interaction of the N-glycan binding domain (GBD) of CALR with the thrombopoietin receptor. Ruochen Jia of the Kralovics research group was looking for a way to stop this interaction and prevent one of the growth advantages of CALR-mutated cells. It became evident that a group of chemicals, most notably hematoxylin, can selectively kill mutated CALR cells. The results thus provide extremely valuable information for potential treatment approaches for myeloproliferative neoplasms.

Kralovics, head of the study, explains: “In our study, we tried to identify small molecules that might block the interaction between the mutated CALR and the receptor.” The scientists used so-called in-silico docking studies for this purpose. “Basically, these are computer-based simulations of biochemical processes—virtual ‘screenings’ that enable increasingly accurate predictions,” says study author Ruochen Jia.

The results showed a group of chemicals as binders for a specific domain of calreticulin, which selectively kill the mutated CALR cells. “Our data suggest that small molecules targeting the N-glycan binding domain of CALR can selectively kill CALR-mutated cells by disrupting the interaction between CALR and the thrombopoietin receptor and inhibiting oncogenic signal transmission,” said the study author. A hematoxylin compound proved to be particularly efficient. So far, hematoxylin has been used as a dye in histological staining processes.