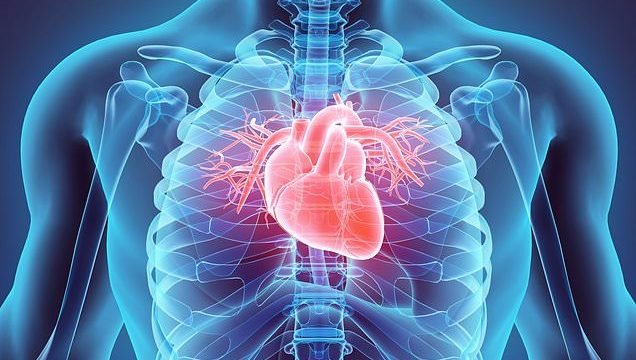 Being exposed to unusually high temperatures during pregnancy increases the chance of damage to the internal organs, scientists say.

Research predicts there could be 7,000 extra cases of heart defects between 2025 and 2035 in eight US states with a combined population of approximately 110million people.

Scaled up to the global population, this suggests climate change could contribute to around 40,000 congenital heart defects per year. 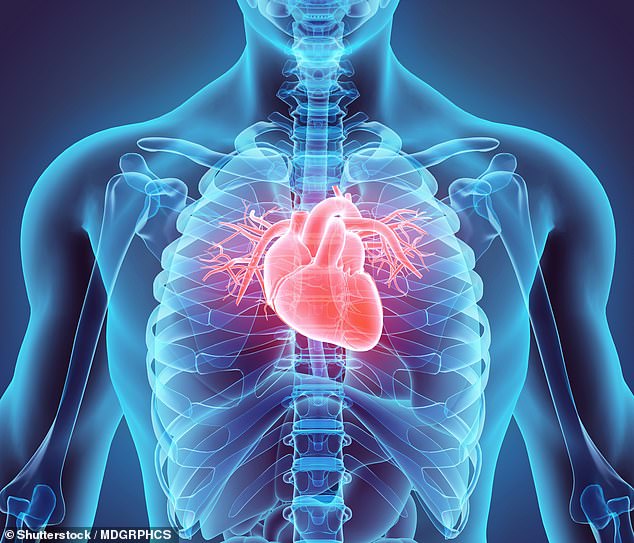 American researchers suggested 7,000 extra cases of congenital heart disease could appear in a population of around 110million across eight states between 2025 and 2035 as a result of rising global temperatures

Researchers at the University of Albany in New York made their predictions using forecasts of the number of births and heat increases over the 11-year period.

They used data from the US states of Arkansas, Iowa, Texas, California, New York, North Carolina, Utah and Georgia.

They aren’t sure exactly why increased heat makes a baby more likely to have heart problems.

But animal studies suggest exposing a foetus to temperatures outside the mother’s normal experience may trigger cell death or damage proteins used in development.

To make their predictions, the New York scientists considered the number of excessively hot days during a woman’s pregnancy, the frequency of heat waves lasting three days or more, and the length of heat waves.

‘It would be prudent for women in the early weeks of pregnancy to avoid heat extremes, said Dr Shao Lin, director of environmental health sciences at Albany.

‘And [they] suggest that pediatric heart disease stemming from structural heart malformations may become an important consequence of rising temperatures.’

The study was published in JAHA: The Journal of the American Heart Association.

WHAT IS CONGENITAL HEART DISEASE?

Congenital heart disease is a general term for a range of birth defects that are present at birth.

The most common heart defects include:

Septal defects: When there’s a hole between two of the heart’s chambers, which is known commonly as a ‘hole in the heart’.

Coarctation of the aorta: Where the main large artery of the body, is narrower than normal

Pulmonary valve stenosis: When the pulmonary valve is narrower than the normal. This valce controls the flow of blood from the heart to the lungs.

Transposition of the great arteries: When the pulmonary and aortic valves and the arteries they’re connected to have swapped positions.

Sir Andrew Haines, from the London School of Hygiene and Tropical Medicines, and the University of Washington’s Professor Kristie Ebi gave their warning in the New England Journal of Medicine.

They said the WHO’s estimate of 250,000 extra deaths per year because of soaring temperatures was too ‘conservative’.

As well as deaths from heat stress and malaria caused by burgeoning mosquito populations, there are other factors the WHO didn’t take into account, they said.

Congenital heart defects are development problems which happen while a baby is in the womb and stop the heart from working properly.

They are among the most common birth defects, affecting around 40,000 babies per year in the US and eight in every 1,000 babies in the UK.

Defects include holes in the heart, narrowing of the largest arteries, constricted valves, or an underdeveloped heart.

Signs a baby could have congenital heart disease include a rapid heartbeat, rapid breathing, swelling of the legs or stomach, and extreme tiredness and fatigue.