Jade, from the United Kingdom, first began to complain of headaches and flulike symptoms in May. Her mom took her to see a doctor, who diagnosed her with a “minor chest infection,” according to South West News Service (SWNS), a British news agency.

By the following day, however, Jade’s condition deteriorated. Her grandmother, a nurse, suggested she go to a local emergency clinic as the teen was experiencing rapid breathing and looked “discolored.”

Testing revealed the teen was in diabetic ketoacidosis, what the Mayo Clinic defines as a “serious complication of diabetes that occurs when your body produces high levels of blood acids called ketones.”

The condition is typically a result of the body’s inability to produce an adequate amount of insulin.

Jade was then diagnosed with type 1 diabetes, per SWNS. The teen’s family was unaware that she was suffering from the chronic condition prior to her diagnosis.

“Jade looked very poorly and hadn’t been well all week. We went to the doctors and we thought it was just an infection and that was that,” Jade’s mother, Louise, 35, told SWNS. "I had no idea it would turn out to be as serious as it did.” 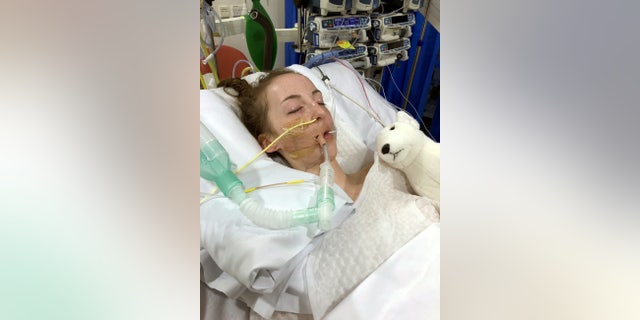 Jade Owens fighting for her life in the hospital. (SWNS)

“Her body had stopped producing insulin and her muscles had started to break down.”

A couple of days later, Jade was transferred to Manchester Children’s Hospital. She was not responding well to insulin, so doctors there chose to place her in a medically induced coma. On May 27, the teen awoke — and seemingly was acting like her old self, asking her mother for food.

“It was such a relief because we were told she was [in severe condition] and we thought we might lose her. She was moved onto a ward and taken off intensive care,” Louise said. “It was great, she was up and about, was able to shower herself and everything. At this point we were quite hopeful she might come home soon.”

But two weeks later, Jade’s condition again deteriorated. On the morning of June 11, Louise said she received a call from Jade’s grandmother who told her to get to the hospital as fast as she could.

“All she said is that something bad is happening,” she recalled.

“It’s something I’ll never forget, walking into the room and seeing my daughter covered in blood. It was like a murder scene."

Upon arrival, Louise said her family was brought to a room where a doctor said Jade was coughing up blood and physicians were trying their best to stabilize her.

“They were working to save her. I didn’t know what to think. I was a mess,” she said. But just 20 minutes later, “They came in and told us she had died. It was so sudden and unexpected.”

It was later discovered that Jade was suffering from a rare but serious fungal infection called mucormycosis. Mucormycetes, a group of molds often found in soil, compost piles and animal feces, cause mucormycosis infections. Though these molds are present in the environment, those whose immune systems are compromised are more at risk for contracting an infection.

“It most commonly affects the sinuses or the lungs after inhaling fungal spores from the air, or the skin after the fungus enters the skin through a cut, burn, or other type of skin injury,” the Centers for Disease Control and Prevention (CDC) states.

The infection reportedly “ate away” at Jade’s throat, lungs, and airways, and caused tissues in her body to go through necrosis, what's defined as the irreversible “death of body tissue."

“The infection is opportunistic. Jade caught it because her immune system was weaker with diabetes,” her mother told SWNS. “We had no idea she even had diabetes. No one else in the family has it so we had no idea what to look out for." 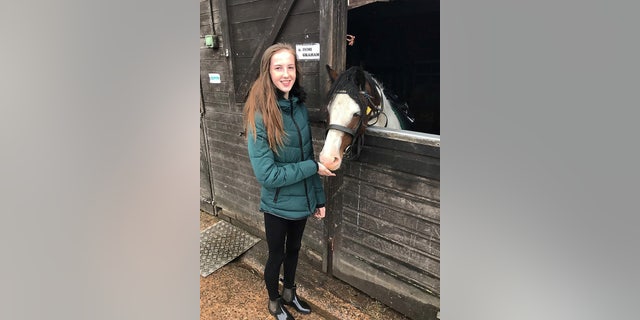 “If only we knew about the signs then we could have done something. I feel guilty in some ways for that,” she added.

Though it’s not clear how Jade came into contact with the mold spores, it’s possible she breathed them in while at the horse stables, according to SWNS.

Lousie, a mother of two, said the image of Jade as she was dying will never leave her mind.

“It’s something I’ll never forget, walking into the room and seeing my daughter covered in blood. It was like a murder scene. The blood vessels in her throat had burst and she bled to death,” she recalled.

“She choked on her own blood and had coughed it up. It was horrific to see and that will never leave me.”

“I miss her every single day, our lives will never be the same without her,” Louise continued. “To go what we have gone through is horrific. I wouldn’t want anyone else to go through what we have.”

Though national surveillance of mucormycosis in the U.S. does not exist, the CDC estimates a “yearly rate of 1.7 cases per 1 million population.”