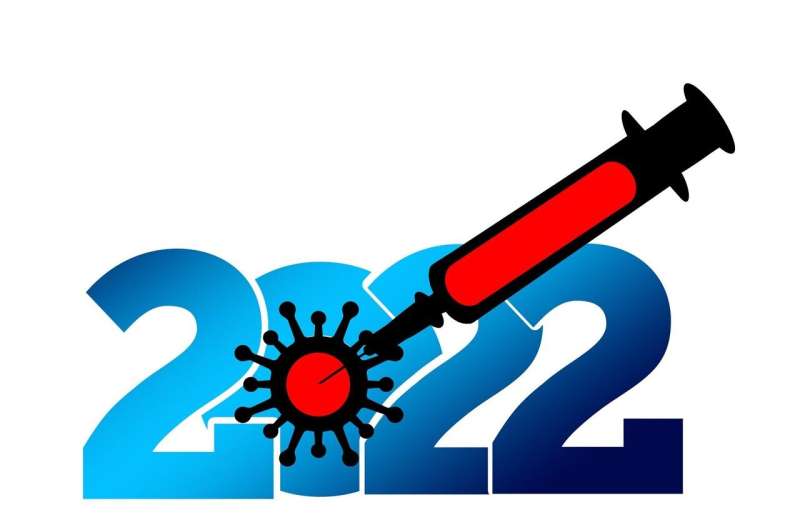 When COVID-19 arrived in the United States, it was all hands on deck. The country’s brightest scientific minds dropped whatever they were doing to join the effort against SARS-CoV-2, developing novel vaccines and treatments in record time.

In 2022, researchers had time to resume projects they were forced to put on hold, and the USA TODAY health team has spent the year reporting on novel procedures, medical discoveries, and advances in disease prevention and treatment.

Some highlights: Scientists completed the map of our DNA. The FDA approved the first new ALS drug in five years. And we reached major milestones in organ transplantation.

Below, read about some of the biggest medical breakthroughs of 2022, plus a preview of what’s in store for 2023.

In January, David Bennett Sr., 57, became the first patient to have a heart transplant using a pig heart. In the nine-hour operation, doctors at the University of Maryland Medical Center replaced his heart with one from a 240-pound pig that had been gene-edited and bred specifically for this purpose.

The procedure was initially considered a success, but Bennett died two months later. Doctors said his death may have been partially the result of a virus he contracted from the pig heart, called pig cytomegalovirus, or CMV.

But health experts hold out hope for xenotransplantation, which is the transplantation of organs or tissues from an animal into a human. More than 100,000 people are waiting for organ transplants, and many never qualify.

The first organ transplant was in 1954 when Richard Herrick, 23, received a kidney from his twin, Ronald.

Half of the country’s million transplants came during the 53 years after Herrick’s surgery and half in just the past 15 years, according to the data from the nonprofit United Network for Organ Sharing.

In 2021, for the first time, more than 40,000 solid organs—more than 100 a day—were transplanted. At that pace, the next 1 million transplants will take only 25 years—and probably far less because of medical innovations under development, said David Klassen, the network’s chief medical officer.

In November, the Food and Drug Administration approved a monoclonal antibody, called teplizumab, that could delay the onset of type 1 diabetes for years. Under the brand name TZIELD, the treatment is a 14-day, 30-minute infusion for adult and children 8 years and older with Stage 2 type 2 diabetes.

In the three stages of type 1 diabetes, Stage 2 is one step before clinical diagnosis. In clinical trials, teplizumab delayed the onset of Stage 3 diabetes for about two years compared with the placebo.

Although health experts called the treatment “game-changing,” it comes with a price. The cost is $13,850 a vial for a total of $193,000 over the 14-day treatment. A study published in October found more than 1.3 million adults in the U.S. skipped doses, delayed buying or otherwise rationed the lifesaving medication insulin because of its cost.

Mapping out the human genome

About 8% of genetic material had been impossible to decipher with previous technology.

It will be years before there’s a concrete payoff to that additional information, researchers said, but those previously missing bits could offer insights into human development, aging and diseases such as cancer, as well as human diversity, evolution and migration patterns across prehistory.

Mapping this genetic material should help explain how humans adapted to and survived infections and plagues, how our bodies clear toxins, how people respond differently to drugs, what makes the brain distinctly human, and what makes each of us distinct, said Evan Eichler, a geneticist at the University of Washington School of Medicine who helped lead the research.

In September, the Food and Drug Administration approved the use of Relyvrio to treat amyotrophic lateral sclerosis, more commonly known as ALS.

Early trial data suggests Relyvrio is particularly helpful early in the fatal disease that gradually robs people of their ability to control their movement, eventually including breathing. Preliminary data from a six-month trial in 137 patients, half of whom received a placebo and half the active drug, suggested Relyvrio could slow the rate of decline. A follow-up found that patients on the active drug lived longer than those who got the placebo.

But patients expressed dismay after Amylyx Pharmaceuticals, the Cambridge, Massachusetts-based company that makes Relyvrio, said it would charge $158,000 a year for the drug.

Only five other drugs are approved to treat ALS, the most recent in 2017, but none has been shown to stop the inexorable loss of muscle control. Only one has been shown in some people to extend life, but by just three months on average.

Vaccines, vaccines and more vaccines. The research probably will carry into the new year as scientists continue their fight against respiratory viruses.

With weight loss medications, treatment for obesity is on the verge of transformation in 2023. Here’s a look: