This story is from Kaiser Health News

SAN JOSE, Calif. — After they amputated the second toe on John Trumbla’s right foot last summer, doctors sent him to a nursing home because he still needed medical care — but not necessarily a hospital bed.

The proud, burly Army veteran resisted at first, but he didn’t have a choice. Before his hospitalization at Santa Clara Valley Medical Center, Trumbla, 56, and his wife had been homeless, crashing in his boss’s construction shop or living out of their station wagon.

Trumbla spent six months at the nursing home, Skyline Healthcare Center, while social workers sought housing vouchers and scouted rental leads. But nothing panned out. When he finally left Skyline in mid-February, he stayed at a motel for a night before heading back to his boss’s shop.

“We might just have to leave this area. I don’t want to, but I also don’t want to live on the streets,” Trumbla said from his bed at Skyline in early February, citing the San Francisco Bay Area’s astronomical rents.

Skyline allocates 15 beds to the Santa Clara hospital for patients who are homeless or have no one to care for them at home. It’s part of a year-old partnership born of necessity. Santa Clara Valley Medical Center, like many other hospitals in the state, has struggled to find suitable accommodations for a growing number of homeless patients who need follow-up medical attention after they’re discharged, said Dr. Raymond Chan, co-director of the hospital’s program at Skyline.

In Santa Clara County, the number of homeless patient discharges from hospitals jumped 42% from 2015 to 2017, according to data from the Office of Statewide Health Planning and Development.

As hospitals contend with the dramatic growth in homeless patients, they must comply with a new state law, implemented in January, which requires them to provide homeless patients a meal, clothes and vaccine screenings before discharging them.

Hospitals also must try to find the patients a bed at a safe destination, offer them transportation there and document the steps they have taken to do so.

If a hospital cannot find a bed for a patient, or if the patient refuses help, he can go to a location of his choice, including back to the streets.

The requirements expand on July 1. Starting then, hospitals will have to keep a log of the homeless patients they discharge and where they go, among other mandates.

Legislators passed the law in response to reports that hospitals were dumping homeless patients on the streets with little more than their hospital gowns. One Sacramento woman who had undergone a double mastectomy was sent to a Salvation Army shelter after her discharge, only to find there were no available beds. She had to sleep in her car, The Sacramento Bee reported.

Several California hospitals have settled lawsuits in response to such allegations.

But finding a suitable place for each patient isn’t as easy as calling a shelter and securing a cot. There simply aren’t enough places — or, in some cases, the right places — to send these individuals, hospitals say.

Some patients need more follow-up care and monitoring than might be available in a basic shelter.

“We knew that the challenge for our hospitals would be what to do with patients who require services when there are few programs, spaces and beds available for post-acute care,” said Peggy Wheeler, vice president of rural health at the California Hospital Association, which initially opposed the legislation.

If appropriate settings aren’t available for homeless patients who need to heal from a wound or require follow-up treatment, some of them may stay in the hospital longer than necessary, Wheeler said.

“This puts hospitals in a situation where they don’t have a bed available for someone who does need acute care,” she said.

“Most shelters will not accept a patient on oxygen, and a subset of younger, aggressive behavioral health patients are not appropriate to be placed in a skilled nursing facility amongst frail elders,” Robertson said. 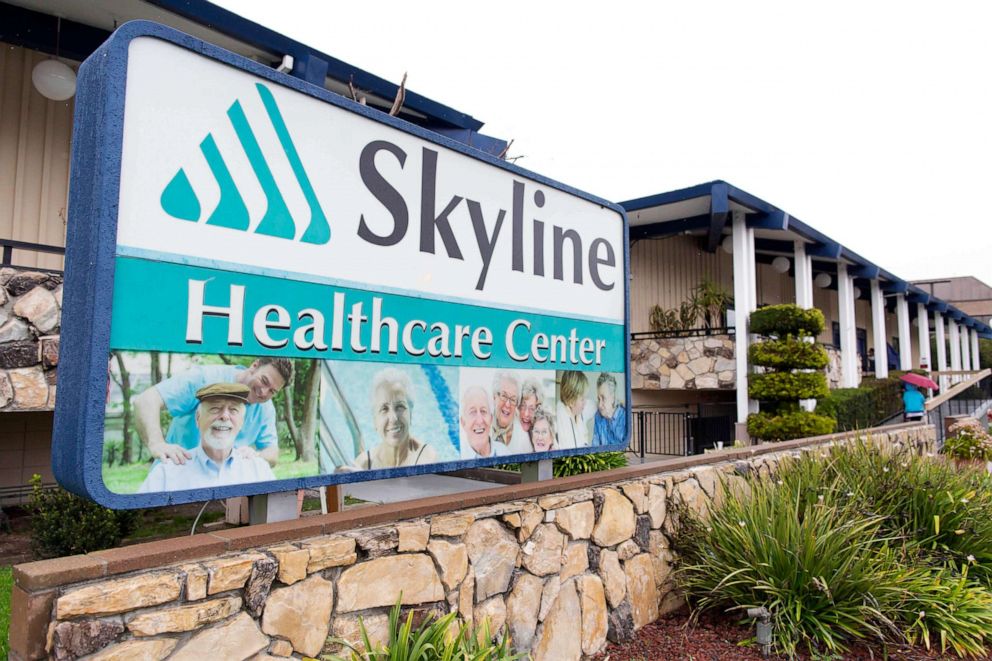 Many of these patients need transitional care where they can rest and recover before being on their own again, she said. “But in central California there really isn’t much.”

Last year, the nonprofit National Health Foundation opened a 62-bed facility in downtown Los Angeles for discharged hospital patients who need less intensive medical oversight than a nursing home provides. Patients at that facility have access to case managers who arrange for transportation and food, and try to find them permanent housing.

Area hospitals often reserve beds at the facility for discharged homeless patients, said Jennifer Bayer, vice president of external affairs at the Hospital Association of Southern California. At least one health plan also leases beds there for its enrollees.

Dr. Huy Ngo (left) helps oversee 15 beds at a nursing home in San Jose where some homeless patients are sent to recover after being discharged from Santa Clara Valley Medical Center. Physician assistant Claire Rai (center) and Dr. Pamela Sebastian join him to check on these patients, most of whom have chronic illnesses. (Newsha Naderzad for Kaiser Health News)In San Jose, Santa Clara Valley Medical Center sent 55 patients, including Trumbla, to Skyline Health Care Center in the first 10 months of the partnership, said Dr. Huy Ngo, who oversees the program along with Chan. Medical services for those patients are primarily covered by Medi-Cal, the state’s Medicaid program for low-income residents.

During that period, Skyline discharged 42 of the patients, the majority into long-term housing programs or to family members and friends, said Ngo. Of those, six were readmitted to the hospital — a low number for this population, Ngo said.

That was encouraging, he said, but “we know 15 beds don’t even begin to meet the needs” of the homeless population in Santa Clara County.

The homeless count in 2017 showed 7,394 homeless people in the county, with the majority in San Jose.

A month after his discharge, Trumbla still lives in his boss’s shop. But his toe has healed, and he credits the six months at the nursing home for helping him control his diabetes. He planned to start working again in construction this month.

But his wife, Manda Upham, is now in a hospital because of chronic obstructive pulmonary disease and congestive heart failure, Trumbla said. It’s possible she might be transferred to a hospital outside of San Jose.

“More hospitals and no housing in sight yet,” Trumbla lamented. “It’s getting complicated again.”

Kaiser Health News is a nonprofit news service covering health issues. It is an editorially independent program of the Kaiser Family Foundation, which is not affiliated with Kaiser Permanente.