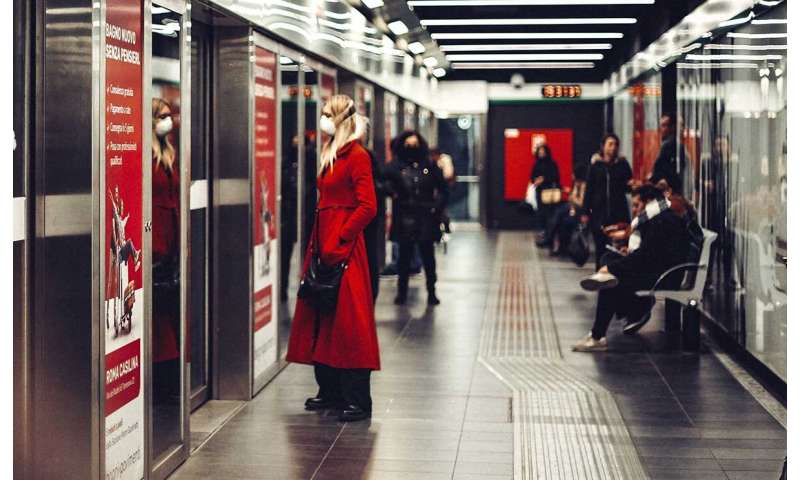 The race for a vaccine against the novel coronavirus, or SARS-CoV-2, is on, with 54 different vaccines under development, two of which are already being tested in humans, according to the World Health Organization. And among the different candidates is a new player on the scene—mRNA vaccines.

One mRNA vaccine developed by US company Moderna began its first human trials on 16 March, whereas another under development by German company CureVac has been offered €80 million in investment by the European Commission. But what exactly are mRNA vaccines and why could they be promising in the fight against the coronavirus? We spoke to Professor Isabelle Bekeredjian-Ding, head of the microbiology division of Germany’s Paul Ehrlich Institut, which provides scientific advice to companies, including CureVac, and who sits on the scientific committee of Europe’s Innovative Medicines Initiative. Here are five things to know.

If an mRNA vaccine was approved for coronavirus, it would be the first of its type. “It’s a very unique way of making a vaccine and, so far, no (such) vaccine has been licenced for infectious disease,” said Prof. Bekeredjian-Ding.

Vaccines work by training the body to recognise and respond to the proteins produced by disease-causing organisms, such as a virus or bacteria. Traditional vaccines are made up of small or inactivated doses of the whole disease-causing organism, or the proteins that it produces, which are introduced into the body to provoke the immune system into mounting a response.

mRNA vaccines, in contrast, trick the body into producing some of the viral proteins itself. They work by using mRNA, or messenger RNA, which is the molecule that essentially puts DNA instructions into action. Inside a cell, mRNA is used as a template to build a protein. “An mRNA is basically like a pre-form of a protein and its (sequence encodes) what the protein is basically made of later on,” said Prof. Bekeredjian-Ding.

To produce an mRNA vaccine, scientists produce a synthetic version of the mRNA that a virus uses to build its infectious proteins. This mRNA is delivered into the human body, whose cells read it as instructions to build that viral protein, and therefore create some of the virus’s molecules themselves. These proteins are solitary, so they do not assemble to form a virus. The immune system then detects these viral proteins and starts to produce a defensive response to them.

2. They could be more potent and straightforward to produce than traditional vaccines

There are two parts to our immune system: innate (the defences we’re born with) and acquired (which we develop as we come into contact with pathogens). Classical vaccine molecules usually only work with the acquired immune system and the innate immune system is activated by another ingredient, called an adjuvant.

Interestingly, mRNA in vaccines could also trigger the innate immune system, providing an extra layer of defence without the need to add adjuvants.

“All kinds of innate immune cells are being activated by the mRNA,” said Prof. Bekeredjian-Ding. “This primes the immune system to get prepared for an endangering pathogen and thus the type of immune response that is triggered is very strong.”

There is still a lot of work to be done to understand this response, the length of the protection it could give and whether there are any downsides.

Prof. Bekeredjian-Ding also explains that because you’re not introducing the whole virus into the body, the virus can’t mount its own self-defence and so the immune system can concentrate on creating a response to the viral proteins without interference by the virus.

And by getting the human body to produce the viral proteins itself, mRNA vaccines cut out some of the manufacturing process and should be easier and quicker to produce than traditional vaccines. “In this situation, the major benefit is that it’s easy to produce (and) it will also probably be relatively easy to do an upscaling of production, which of course, is very important if you think about deployment throughout Europe and the world,” said Prof. Bekeredjian-Ding.

3. Most of what we know about mRNA vaccines comes from work on cancer

Most work on using mRNA to provoke an immune response has so far been focused on cancer, with tumour mRNA being used to help people’s immune systems recognise and respond to the proteins produced by their specific tumours. “This technology was very good for the oncology field, because you can develop patient-specific vaccines because every tumour is different,” said Prof. Bekeredjian-Ding.

Using tumour mRNA in this way activates the body’s T-cells—the part of the acquired immune system that kills cells, which is useful to destroy tumours. It could be important for coronavirus, too. “In viral infections, often we know that there is a need for a strong T-cell response because viruses like to hide in cells,” said Prof. Bekeredjian-Ding. “There is a certain hope that, especially in this setting, this could really work … and thereby eliminate … the infected cells from the body.”

But to combat a virus such as SARS-CoV-2, it is likely that a different part of the acquired immune system also needs to be activated—the B cells, which produce antibodies that mark the virus out for destruction by the body. “And there is little experience with this (apart from animal infection models), because for the tumour model this was not that relevant.”

4. There are a lot of unknowns

Because mRNA vaccines are only now beginning to be tested in humans, there are a lot of fairly basic unknowns which can only be answered through human trials. “What is really the current challenge, I think, is to understand whether these vaccines will really be able to mount a sufficiently protective immune response in the human and to understand, for example, which quantities of mRNA will be needed to do this,” said Prof. Bekeredjian-Ding.

Other outstanding questions include whether the proteins that have been chosen for the vaccine are the right ones to prevent a coronavirus infection in the body, how targeted the immune response is to this particular coronavirus, how long any immunity would last, and whether it causes side-effects such as increased inflammatory responses like redness and swelling or, in the worst case, aggravates disease.

5. It would be possible to vaccinate on a large scale.

Once an mRNA vaccine has been approved, which could take 12-18 months, it should be easy to scale up production. Because the manufacturing process is shorter than for other vaccines—Prof. Bekeredjian-Ding estimates a few months rather than 1-2 years for conventional vaccines—there is potential for these vaccines to be scaled up quickly. This is useful in the context of coronavirus, which will likely need mass immunisation programmes.

“I think we will need a very high population coverage, but it depends a little bit on the countries and the epidemiology,” said Prof. Bekeredjian-Ding. “In the countries where coronavirus has been spreading very fast, we also expect that there’s many people who have been in contact with the virus and who have actually mounted a natural immune response. But on the other hand, if you look at Germany, for example, right now we’re all at home, barred, and not allowed to leave the house except for necessities.

The population therefore remains susceptible to infection, she says. “And so here, you would definitely need to think about vaccinating the whole population.