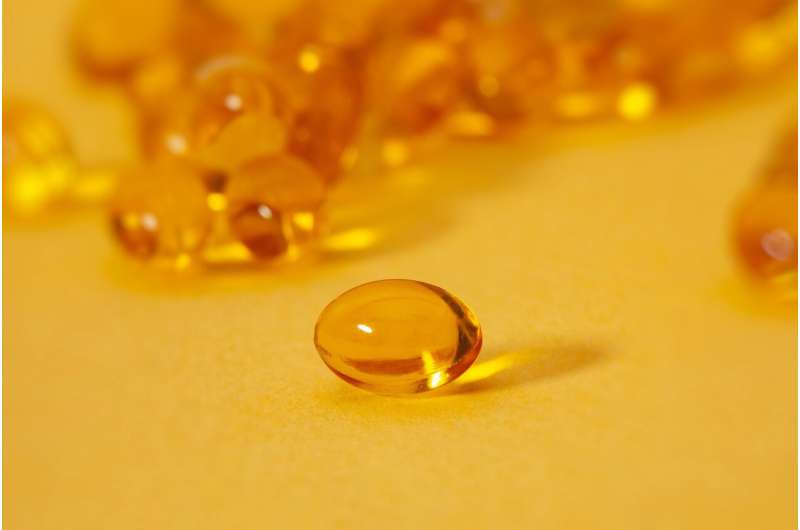 Fewer cases of melanoma were observed among regular users of vitamin D supplements than among non-users, a new study finds. People taking vitamin D supplements regularly also had a considerably lower risk of skin cancer, according to estimates by experienced dermatologists. The study, conducted in collaboration between the University of Eastern Finland and Kuopio University Hospital and published in Melanoma Research, included nearly 500 people with an increased risk of skin cancer.

Vitamin D plays a key role in the normal function of the human body, and it may also play a role in many diseases. The link between vitamin D and skin cancers has been studied abundantly in the past, but these studies have mainly focused on serum levels of calcidiol, which is a metabolite of vitamin D, and its association with skin cancers.

Findings from these studies have been inconclusive and even contradictory at times, as serum calcidiol levels have been associated with both a slightly higher and with a slightly lower risk of different skin cancers. This may, in part, be explained by the fact that serum calcidiol analyses do not provide information on the metabolism of vitamin D in the human skin, which can express enzymes that generate biologically active vitamin D metabolites or inactivate them.

The new study, conducted under the North Savo Skin Cancer Program, took a different approach: 498 adult patients estimated to have an increased risk of a skin cancer, such as basal cell carcinoma, squamous cell carcinoma or melanoma, were recruited at the dermatological outpatient clinic of Kuopio University Hospital. Experienced dermatologists at the University of Eastern Finland carefully analyzed the patients’ background information and medical history and examined their skin. The dermatologists also classified the patients into different skin cancer risk classes, namely low risk, moderate risk and high risk.

Based on their use of oral vitamin D supplements, the patients were divided into three groups: non-users, occasional users and regular users. Serum calcidiol levels were analyzed in half of the patients and found to correspond to their self-reported use of vitamin D.

The findings suggest that even occasional users of vitamin D may have a lower risk for melanoma than non-users. However, there was no statistically significant association between the use of vitamin D and the severity of photoaging, facial photoaging, actinic keratoses, nevus count, basal cell carcinoma and squamous cell carcinoma. Serum calcidiol levels were not significantly associated with these skin changes, either. Since the research design was cross-sectional, the researchers were unable to demonstrate a causal relationship.

Other relatively recent studies, too, have provided evidence of the benefits of vitamin D in melanoma, such as of the association of vitamin D with a less aggressive melanoma.

“These earlier studies back our new findings from the North Savo region here in Finland. However, the question about the optimal dose of oral vitamin D in order to for it to have beneficial effects remains to be answered. Until we know more, national intake recommendations should be followed,” says Professor of Dermatology and Allergology Ilkka Harvima of the University of Eastern Finland.

Researchers at the University of Eastern Finland and Kuopio University Hospital have previously reported (BMC Cancer 2021) that the melanoma mortality rate in North Savo is relatively high in relation to its incidence.

“For this reason, too, it is worth paying attention to sufficient intake of vitamin D in the population in this region,” Harvima concludes.