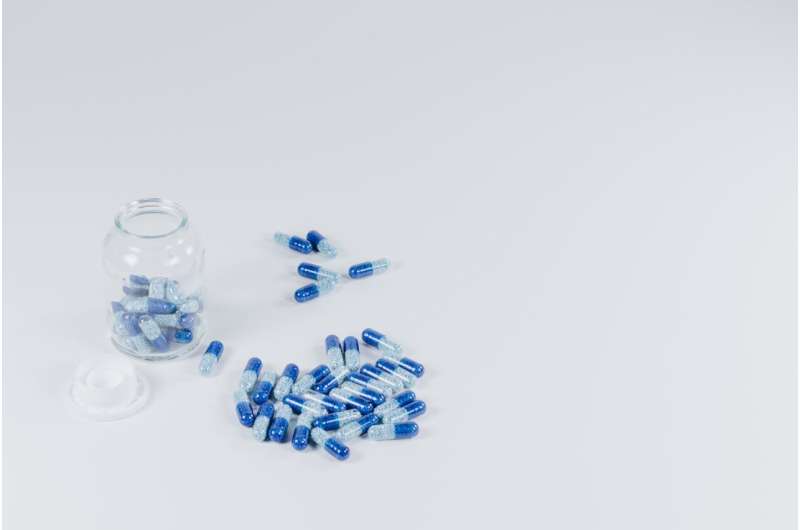 The number of privately insured adults in the United States prescribed opioid medications for cancer pain and for chronic non-cancer pain declined between 2012 and 2019, according to a new study published this week in the open-access journal PLOS ONE by Sachini Bandara and Emma McGinty of Johns Hopkins Bloomberg School of Public Health and Mark Bicket of the University of Michigan.

Over the past decade, governments, health systems and insurers have issued clinical guidelines designed to reduce opioid prescribing. Previous studies have found that overall U.S. opioid prescribing rates decreased between 2010 and 2020. However, U.S. recommendations on opioids specifically exempt individuals in active cancer treatment from the limits.

In the new study, the researchers used the IBM MarketScan Research Databases from 2012 to 2019, which include health insurance claims and encounters for 26.1 to 53.1 million individuals covered by approximately 100 private insurance companies in the U.S. For each calendar year, the team identified individuals with a cancer diagnosis or a chronic non-cancer pain diagnosis, including low back pain, neuropathic pain, headaches, or arthritis.

Over the time period studied, the proportion of people who received any opioid prescription dropped from 49.7% to 30.5% for people with chronic non-cancer pain and from 86.0% to 78.7% for people with cancer. At the same time, rates of non-opioid pain medication remained steady for people with non-cancer pain (66.7% to 66.4%) and increased for cancer patients (74.4% to 78.8%). Among those prescribed opioids, fewer received extremely high doses or more than a week supply.

The researchers conclude that opioid prescribing has declined for both chronic non-cancer pain and cancer pain, without corresponding substitution of non-opioid therapies to manage pain. Further work is needed to examine how the changes have influenced the management of pain patients in both groups, they say.