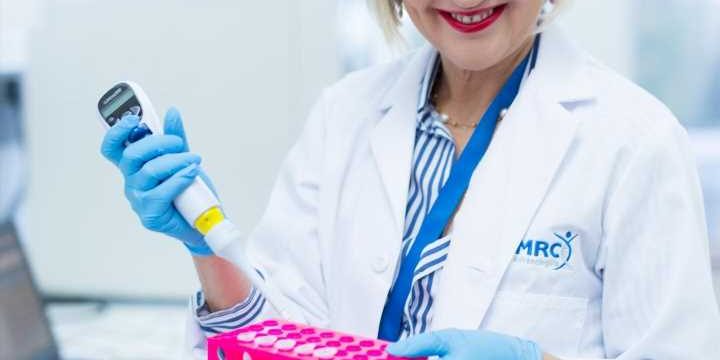 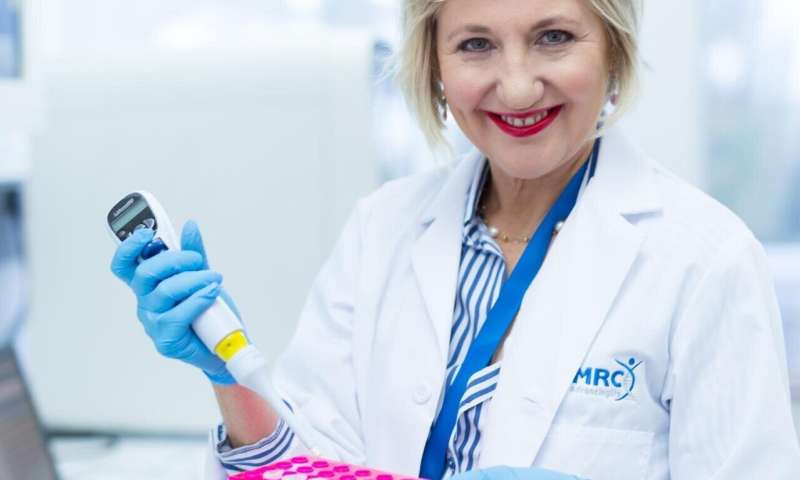 Despite major breakthroughs in HIV prevention and treatment, there were an estimated 1.8 million people newly infected with HIV in 2018, and an estimated 5,000 new HIV infections around the world every day. The pursuit for a safe, effective and scalable HIV vaccine, although a challenging endeavor, is a global imperative.

Gray and her team evaluated whether the vaccine-induced immune responses would be similar in a South African cohort if immunized with the same RV144 HIV vaccine regimen used in Thailand. The U.S. Army-led RV144 was the first vaccine clinical trial ever to demonstrate any efficacy in preventing HIV. The regimen is a heterologous “prime-boost” combination of two vaccines: ALVAC-HIV and AIDSVAX B/E, based on clades B and E, which demonstrated moderate protection against HIV with a 31.2 percent efficacy.

The HVTN 097 study is part of a larger HIV vaccine research endeavor led by the Pox-Protein Public-Private Partnership, or P5—a diverse group of public and private organizations committed to building on the success of the RV144 trial. The P5 aims to produce an HIV vaccine that could have a significant public health benefit in southern Africa and to advance scientists’ understanding of the immune responses associated with preventing HIV infection.

“Since 2009, the HIV vaccine field has been building on findings from RV144 to understand and develop improvements in vaccine breadth and duration in order to protect more people for longer periods of time,” said Lt. Col. Julie Ake, principal deputy director of MHRP.

The RV144 vaccine regimen in HVTN 097 vaccinees induced a significantly higher CD4+ T cell response rate than seen in the Thai vaccine recipients (RV144=36.4 percent; HVTN 097=51.9 percent), irrespective of age and sex. South African and Thai participants also generated cross-clade antibody responses against HIV clades AE, B and C, which, in a panel of clade C antigens, were also higher and more prevalent in South Africans. In general, cross-clade immune responses were stronger than expected in South Africa. HVTN 097 is a precursor to studies that adapted the RV144/Thai vaccine regimen to be clade C specific, now underway in South Africa (HVTN 702).

“This breaks open the thought pattern that each region of the world needs a separate type of HIV vaccine based upon their circulating strains,” said Larry Corey, M.D., principal investigator of the HVTN.

A previous clinical trial (HVTN 503/Phambili) conducted in South Africa demonstrated that higher BMI was associated with a reduction in vaccine-induced immune responses. Given the high rates of obesity in South Africa, the HVTN 097 study team, after stratifying the groups, found that a higher BMI was not associated with a reduced CD4+ T cell and antibody response rate or the strength of the response rate. Notably, CD4 + T cell responses were detected in 100 percent of vaccinees with a BMI greater than 30, giving hope for future HIV vaccine regimens based on the RV144/Thai vaccine regimen.