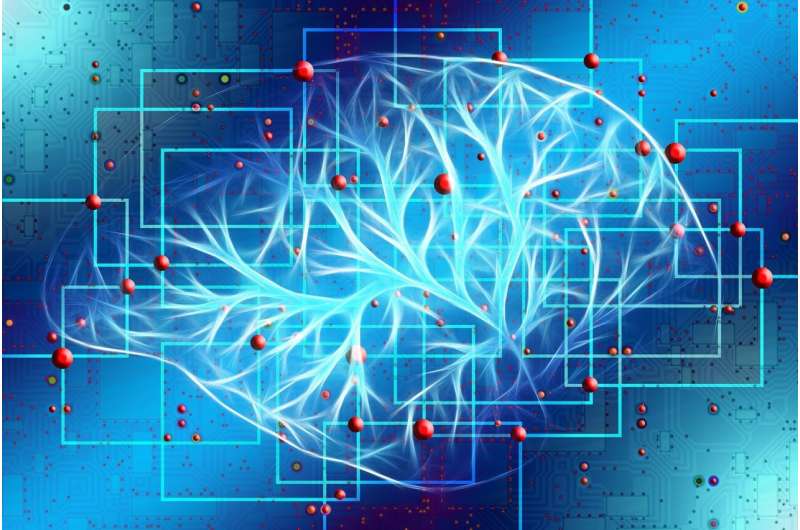 Psychiatric illnesses, such as schizophrenia and depression, affect nearly one in five adults in the United States and nearly half of patients diagnosed with a psychiatric illness also meet the criteria for a second. With so much overlap, researchers have begun to suspect that there may be one neurobiological explanation for a variety of psychiatric illnesses. A new study by investigators from Brigham and Women’s Hospital, a founding member of the Mass General Brigham healthcare system, investigated four pre-existing, publicly available neurological and psychiatric datasets, and pinpointed a network of brain areas underlying psychiatric illnesses. Their results are published in Nature Human Behavior.

“Traditionally, neurology and psychiatry have different diagnostic strategies,” said corresponding author Joseph J. Taylor, MD, Ph.D., Medical Director of Transcranial Magnetic Stimulation at the Brigham’s Center for Brain Circuit Therapeutics and an associate psychiatrist in the Brigham’s Department of Psychiatry. “Neurology asks: ‘Where is the lesion?’ and psychiatry asks: ‘What are the symptoms?’ We now have tools to explore the ‘where’ question for psychiatry disorders. In this study, we examined whether psychiatric disorders share a common brain network.”

To address these shortcomings, the team used the human connectome (a wiring diagram of the human brain) to test whether gray matter changes in psychiatric illness more effectively mapped to a common brain network than they did to common brain regions. The researchers discovered a transdiagnostic network in which up to 85 percent of studies showed gray matter decreases. This network was specific to gray matter decreases in psychiatric versus neurodegenerative disorders. They then conducted the same analyses while leaving out data from one psychiatric diagnosis at a time. The transdiagnostic network remained robust, suggesting that no single psychiatric illness was disproportionately responsible for the network they identified.

In subsequent analyses of a dataset including brain imaging from 194 veterans with and without penetrating head trauma along with their psychiatric diagnoses, the researchers overlayed lesions onto the transdiagnostic network and found that lesion-induced damage in the network correlated with a higher likelihood of multiple psychiatric illnesses. They also used the veteran data to independently derive a transdiagnostic network based on brain lesions associated with psychiatric illness. They found that this lesion-based psychiatric network was very similar to their atrophy-based psychiatric network despite having been derived from a completely different dataset.

Finally, the team used data from neurosurgical ablations for patients with extreme and otherwise untreatable psychiatric illnesses. These ablation targets aligned with the transdiagnostic network.

By identifying a significant, sensitive, and specific transdiagnostic network for psychiatric illness, the team has opened up a number of possible new directions for follow-up studies, including analyzing existing fMRI datasets to see if neural activation patterns follow the same circuit and investigating circuit-based differences across psychiatric disorders. Taylor also plans on using Transcranial Magnetic Stimulation (TMS) to modulate the network, specifically using the posterior parietal region as a target.

“Psychiatric disorders are brain disorders, and now we’re just beginning to have the tools to study and modulate their underlying circuitry,” said Taylor. “There may be more in common across these disorders than we originally thought.”