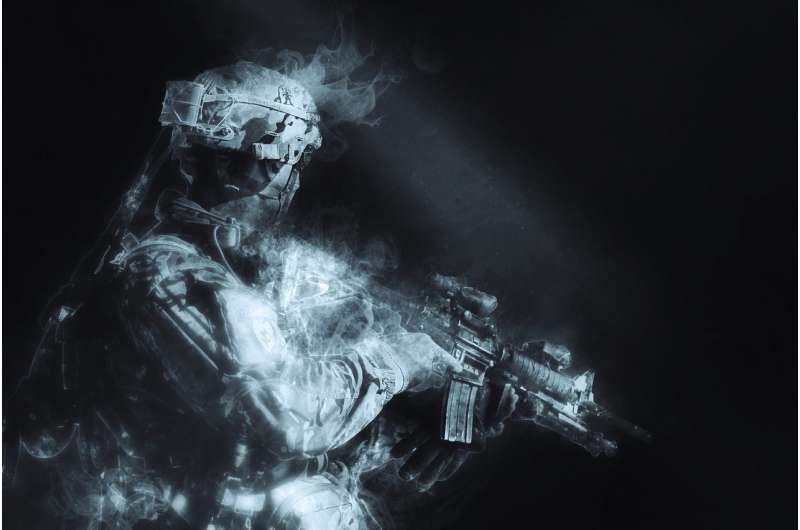 Scientists at the Walter Reed Army Institute for Research demonstrated that biomarkers associated with traumatic brain injury were elevated among law enforcement and military personnel, particularly in active duty participants with longer duration of service. Most notably, these elevated biomarker levels were observed in individuals without a diagnosed brain injury or concussion.

Some law enforcement and military personnel are regularly exposed to low levels of blast, particularly during training, due to the use of explosive charges and high caliber weapons. Understanding effects from these occupational exposures is a military health care priority to improve diagnosis and mitigation of ill effects.

While repeated exposure to low level blast is not known to result in clinically diagnosed traumatic brain injury, exposures have been linked to a series of reported symptoms such as headaches, fatigue, dizziness, memory difficulties, and tinnitus (ringing in the ears)—collectively referred to as “breacher’s brain” among members of affected communities.

This study, published in the Journal of the American Medical Association, measured neurotrauma biomarker concentrations in blood samples from 106 military and law enforcement personnel who were not actively engaged in training or physical activity at the time of blood collection and compared those concentrations with commercially available samples from individuals who were similar in sex and age but unlikely to have been exposed to blast.

“We found that five biomarkers previously associated with TBI and brain diseases were elevated among personnel when compared to controls,” said Dr. Angela Boutte, lead author on the paper and a researcher at the WRAIR Brain Trauma Neuroprotection branch. “Given the difficulty of identifying and evaluating injury associated with repeated low level blast exposure, we hope these data are the first step in our collective goal to identify objective biomarkers as clinically relevant diagnostic tools.”

Dr. Bharani Thangavelu and Dr. Walter Carr, WRAIR brain health researchers and co-authors, emphasized the potential impact of blast exposure experienced by military personnel stating, “Low level blast exposure in routine military training should not be expected to result in acute, gross behavioral deficits for the majority of personnel. However, repeated exposure across years does correlate with symptomology, especially when a history of chronic exposure is exacerbated by new, large magnitude exposures.”