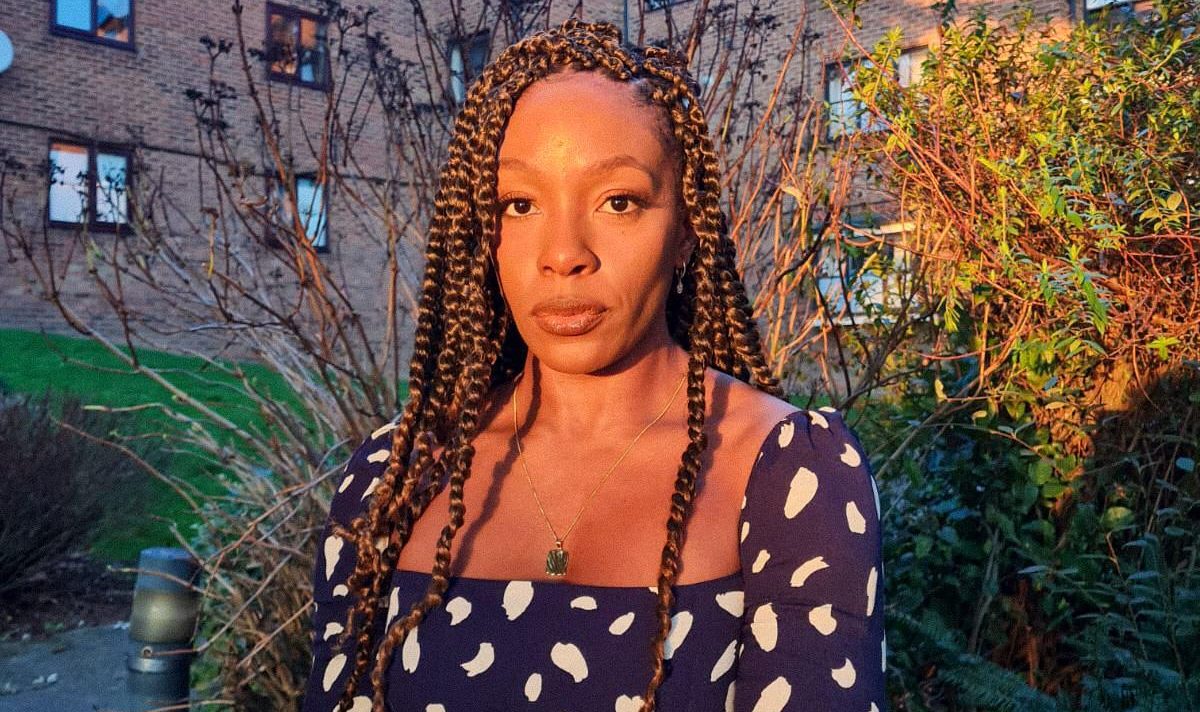 Sitting in the library at school, Chanté Joseph started having heart palpitations.

Struggling with low concentration for years, and trying desperately to prepare for exams, she was downing energy drinks and caffeine pills one after the other.

‘In school sometimes I would have teachers who called me lazy,’ she recalls. ‘I would spend 12 hours in the library, drinking energy drinks and taking caffeine pills, thinking, why couldn’t I concentrate? I would drink Red Bull after Red Bull.

‘But it wasn’t fatigue, it was concentration. When I look back I wish I had known what I know now. At 17 having heart palpitations and drinking caffeine – that was a sign.’

It was a sign of ADHD, or attention deficit hyperactivity disorder, that would go undiagnosed for another seven years, and made school and work life at times almost impossible.

Having finally been diagnosed at the age of 24, Chanté, now 25, is now a successful writer, producer and presenter of Channel 4’s How Not To Be Racist.

She is also leading the Undiagnosed + Underresearched campaign for neurodiversity platform Cognassist, looking at how many women and people of colour live with undiagnosed learning differences because they have been historically under-represented in relevant research.

People with ADHD may have trouble concentrating, act on impulse and can seem restless. Symptoms tend to be noticed at an early age, but sometimes ADHD is diagnosed in adulthood.

Trouble managing emotions is a common ADHD symptom. Emotional reactions can be more frequent, feel more intense with ADHD, last longer and get in the way of everyday life.

This can also affect the building of relationships, which can lead to additional issues with loneliness.

Boredom would creep into almost any situation, and although Chanté was a keen student, she was often seen as too chatty, badly behaved and disruptive at school.

Chanté says: ‘That negativity at school was the start of ADHD. Then in the workplace I used to go into a job and tell myself not to mess it up – I never thought I had ADHD, I just thought I would disrupt people. I would get bored.

‘In all things I did I would switch off quite quickly. When I was completely disinterested or found it difficult to concentrate, I became a nuisance to people around me.’

Chanté’s first internship saw her switching offices and work areas constantly, in the hope of maintaining her concentration. The feedback was always that she should work in a ‘normal’ way like those around her.

Then, having been diagnosed with ADHD while working on social media for an agency in London, she decided to quit her job and work out her new route through life.

‘I quit in the middle of the pandemic,’ she says. ‘It was a scary time. I couldn’t do it. It was my longest job since uni and it was a year.

‘Every day that went by I found it more and more difficult. Traditional and rigid working environments made me feel bad about myself… there is a surveillance culture in offices. People watch you and how you behave.’

Chanté has also learned to help herself outside work. From time-keeping to self-management, she creates ways not to become distracted.

‘I have to think about those processes a lot. In the morning I put on 30-minute podcasts and try to get ready in the time they take.

‘I think about where I get distracted, ways around it, and have to be super-organised.’

For anyone concerned about ADHD, there are many resources available. Chanté says self-diagnosis can help if you can’t access professional help immediately, and she found tips and tricks online and on TikTok that alleviated symptoms.

But a formal diagnosis, starting with your GP, can be a life changer.

‘Undiagnosed ADHD can wreak havoc on your life, it can be devastating,’ says Chanté. ‘Some people never get the support they need and end up in a bad way.’

Medication is just one part of the support on offer and is not necessarily the best solution for all.

Away from offices that didn’t suit her and people who didn’t understand her, Chanté is now a digital content producer, freelance writer, host of My Public Me podcast and has almost 40,000 followers on Instagram.

‘I am doing the stuff I always wanted to do. I am immersed in work that I find enjoyable. Every day is different and I don’t feel anchored to one thing, or bored. Now I know how to ask for help.’

What is ADHD? Dr Louise Karwowski director of education at Cognassist, explains:

There are three subtypes of ADHD: hyperactive-impulsive, inattentive, and combined, each of which has slightly different symptoms.

Those with the hyperactive-impulsive subtype are most likely to fit the stereotype of ADHD. They might move around a lot, fidget or struggle with self-control.

Those with the inattentive subtype often make careless mistakes and struggle with concentration and organisation. People with combined-type ADHD have characteristics of both.

Girls with ADHD usually struggle with inattentiveness rather than hyperactivity or impulsivity, which can make it harder to diagnose.

Exactly why do girls tend to slip through the diagnosis net?

As girls tend to present in particular with the inattentive type, there can be a delay in diagnosis as they are thought to be shy, withdrawn, or passive rather than having ADHD. Usually they do not get a diagnosis or, if they do, they are diagnosed with depression or anxiety.

The problem is made worse by the fact that the bulk of ADHD research has been conducted on boys and men. Generally speaking, boys will show symptoms very early in life, and see a decrease in symptoms at puberty. The opposite is true for girls, whose symptoms may be exacerbated by increasing levels of oestrogen.

This means that they are less likely to meet the classic diagnostic criteria, which used to specify that symptoms were present by age seven.

What are the symptoms to look out for?

Those with ADHD can often have difficulty with learning or organising new information, trouble completing homework, or losing items needed to stay on task.

Daydreaming and confusion can be common, as well as seeming not to listen when spoken to directly.

There is sometimes difficulty with following instructions and generally processing information more slowly, which means mistakes can be more frequent than [among] peers.

Advice from the NHS…

While your GP cannot formally diagnose ADHD, they can discuss your concerns with you and refer you, or your child, for a specialist assessment if necessary.

If you are worried about your child possibly having ADHD, it may help to speak to their teachers before seeing your GP, to find out if they have concerns about behaviour in school.

Adults with possible ADHD can be referred if symptoms have persisted since childhood, cannot be explained by a mental health condition, and significantly affect your day-to-day life – eg, if you are underachieving at work and/or have difficulty in relationships with partners.

What treatment is on offer?

Medicines, while not a cure for ADHD, may help greatly with its management in terms of aiding concentration and calmness, thus allowing new skills to be learned. Behavioural therapies and psychoeducation may also help.

Find out more about ADHD at Cognassist and on the NHS website.

To chat about mental health in an open, non-judgmental space, join our Mentally Yours Facebook group.