A team of international scientists has recently demonstrated the usefulness of cetylpyridinium chloride-containing mouthwashes in inhibiting severe acute respiratory syndrome coronavirus 2 (SARS-CoV-2) and reducing the risk of viral transmission. The study is currently available on the bioRxiv* preprint server. 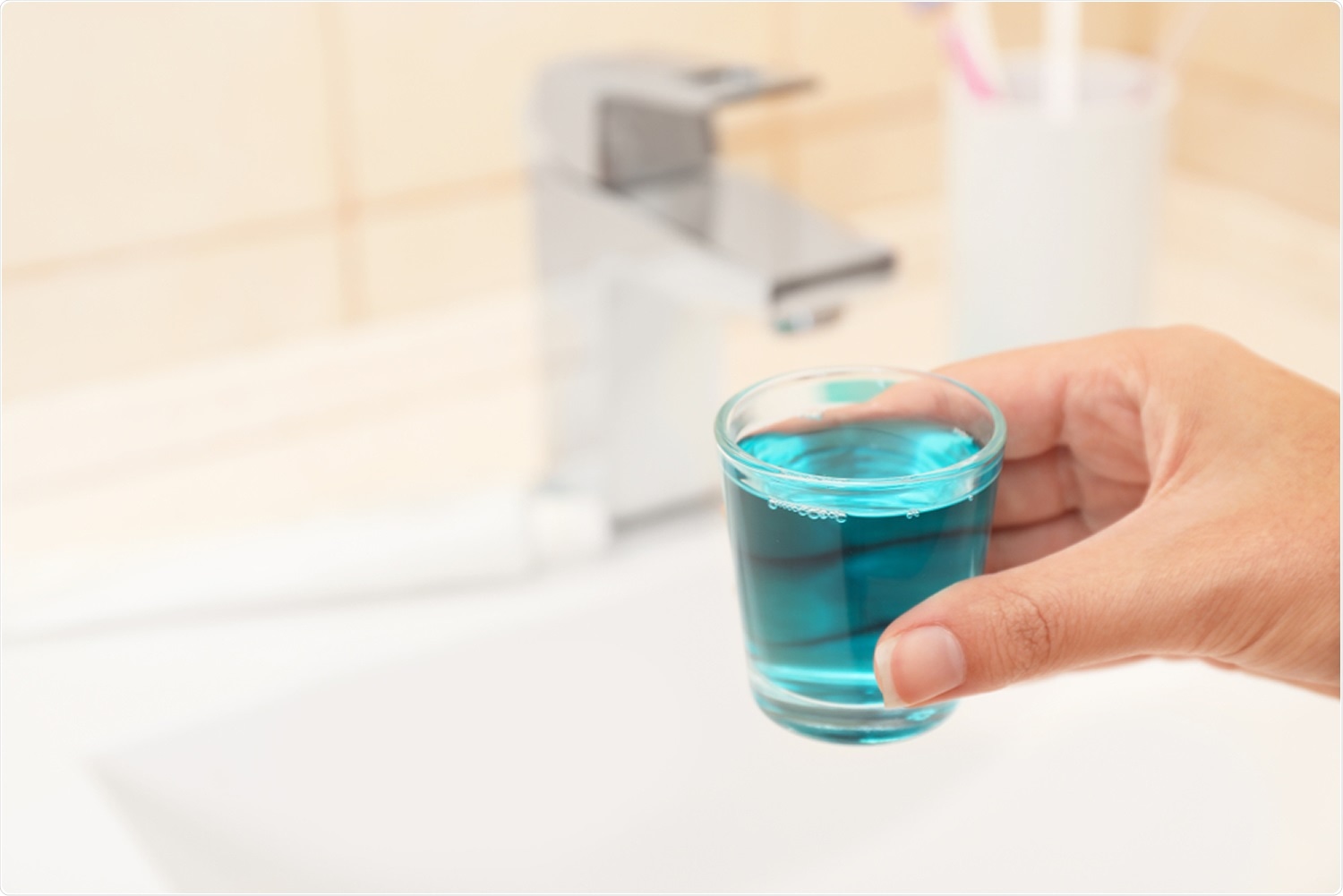 Due to the presence of angiotensin-converting enzyme 2 (ACE2) in the oral gingival epithelium and salivary glands, the human oral cavity may act as a reservoir for SARS-CoV-2. The ACE2 present on the host cell membrane acts as the primary entry receptor for SARS-CoV-2. Evidence indicates that the saliva of SARS-CoV-2-infected individuals contains high amounts of viral RNA and that aerosols formed from the saliva can act as a potential vector for viral transmission.

Several health organizations have advised using mouthwashes during dentistry procedures as a measure to inhibit SARS-CoV-2 transmission. Bioactive ingredients present in mouthwashes, including dequalinium chloride, benzalkonium chloride, cetylpyridinium chloride, and chlorhexidine, have been found to inhibit pathogens by charge-mediated attraction and destabilization of the lipid envelope.

In the current study, the scientists have investigated in vitro antiviral efficacy of mouthwashes containing cetylpyridinium chloride (0.07%) or chlorhexidine digluconate (0.2%) against SARS-CoV-2 and its variants, including B.1.1.7, B.1.351, and P1. Moreover, in a separate set of in vitro experiments, they have determined the antiviral efficacy of cetylpyridinium chloride-containing mouthwash in the presence of human saliva to investigate whether salivary components can deactivate the active agent.

The plaque assay findings revealed that both formulations of cetylpyridinium chloride-containing mouthwash are capable of inhibiting SARS-CoV-2 by 99.99%. After 30 seconds of exposure to these formulations resulted in a viral titer value below the detection limit. In contrast, chlorhexidine digluconate-containing mouthwash showed significantly lower efficacy in inhibiting SARS-CoV-2.

Furthermore, both formulations of cetylpyridinium chloride-containing mouthwash exhibited high efficacy in reducing the titers of B.1.1.7, B.1.351, and P1 below the detection limit. However, no such reduction was observed for chlorhexidine digluconate-containing mouthwash.

Functionality of mouthwash in presence of human saliva

Scientists first tested whether mouthwash formulations remain effective in the presence of saliva by testing the endogenous antiviral efficacy of saliva against SARS-CoV-2. However, they could not observe any reduction in viral titers after 5 minutes of exposure to saliva. This indicates that human saliva alone does not have any intrinsic antiviral activity.

The study highlights the potential of cetylpyridinium chloride-containing mouthwashes in inhibiting SARS-CoV-2 and its variants. Regular use of such low-cost mouthwashes as a good oral hygiene practice could potentially reduce the risk of viral transmission to others, as well as through the respiratory tract of an infected person.

Some recent studies have shown that plaque build-up in the oral cavity due to poor hygiene, and subsequent gum infection can increase the risk of viral entry via the oral gingival sulcus and periodontal pockets, leading to respiratory and systemic SARS-CoV-2 infection. Based on the current study findings, such risk can be reduced by regular use of cetylpyridinium chloride-containing mouthwashes.