Although her heart will go on, Céline Dion needs to pause her ongoing international tour to focus on her health.

In an emotional Instagram video addressed to her fans, the cherished Canadian songstress revealed she was recently diagnosed with a rare neurological disease called Stiff Person Syndrome. Speaking in French and English, Dion, 54, said she has been experiencing health issues “for a long time” — including severe muscle spasms that affect “every aspect of my daily life.” Sometimes, she has difficulty walking; other times, she is unable to use her vocal cords to sing properly.

“While we’re still learning about this rare condition, we now know that this is what has been causing all of the spasms that I’ve been having,” she explained.

Although she misses performing and interacting with fans, the five-time Grammy winner was forced to make the difficult choice to postpone her upcoming tour dates in Europe. Her spring 2023 shows are now rescheduled for 2024, and some of her summer ’23 tour dates have been canceled altogether.

“For me to reach you again, I have no choice but to concentrate on my health at this moment,” she said. “And I have hope that I’m on the road to recovery. This is my focus, and I’m doing everything I can to recuperate.”

According to the National Institute of Neurological Disorders and Stroke (NINDS), Stiff Person Syndrome is a potentially disabling neurological disorder with features of an autoimmune disease. It affects the central nervous system, specifically the brain and spinal cord. Symptoms include muscle rigidity in the trunk of the body and “heightened sensitivity to stimuli,” which causes the severe muscle spasms Dion mentioned. There is no cure. 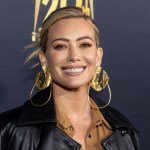 Stiff Person Syndrome is classified as rare because it only affects about 1–2 people per every million. As a result, it is often misdiagnosed as more common illnesses with similar symptoms, such Parkinson’s disease, multiple sclerosis, fibromyalgia, or anxiety and phobia disorders. On average, it takes anywhere from five to seven years for patients to get a diagnosis.

As she concluded her video, the “It’s All Coming Back to Me Now” singer thanked her “precious children,” who are supporting her alongside “a great team of doctors.”

“I want to thank you so much for your encouraging wishes of love and support on my social media,” Dion said, in tears. “This means a lot to me. Take care of yourselves. … I love you guys so much, and I really hope I can see you again real soon.”

Before you go, check out the mental health apps we love and swear by: