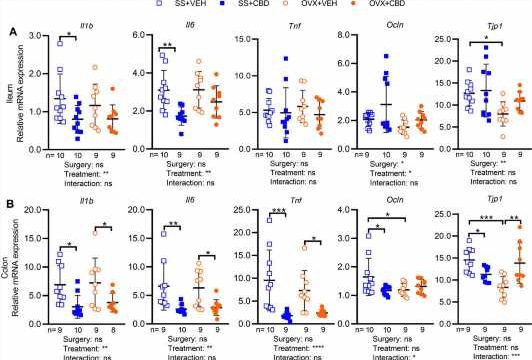 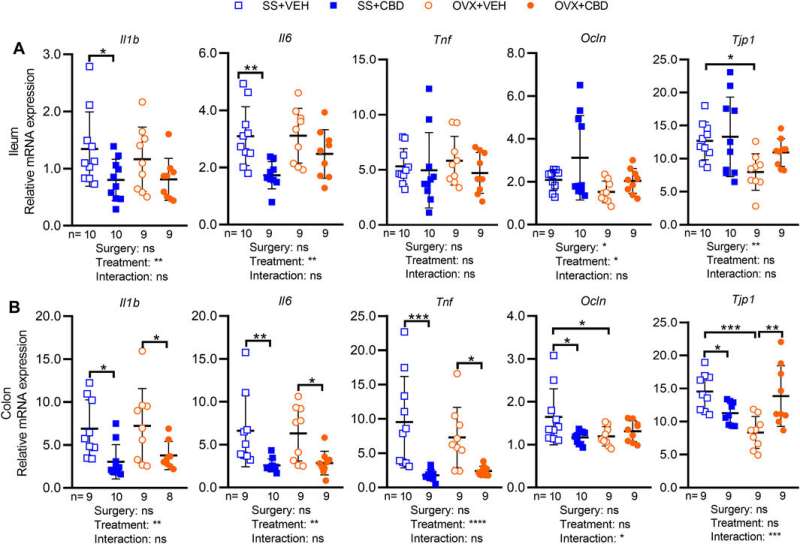 A Rutgers study points to cannabidiol (CBD), a major component of hemp and medical marijuana used to treat conditions such as chronic pain, inflammation, migraines, epilepsy, autoimmune diseases, depression, and anxiety, as a possible treatment for postmenopausal women whose ovaries no longer make estrogen.

In a study published in Frontiers in Pharmacology, scientists reported that when estrogen-deficient mice were fed CBD, a non-intoxicating compound extracted from hemp, they showed marked improvement in several areas. Their bloodstreams more readily disposed of glucose, and they burned more energy. In addition, their bone density improved, they had less inflammation in gut and bone tissues and they possessed higher levels of beneficial gut bacteria.

“This preclinical study is the first to suggest the therapeutic potential of CBD for alleviating symptoms of estrogen deficiency,” said Diana Roopchand, an assistant professor in the Department of Food Science of the Rutgers School of Environmental and Biological Sciences (SEBS) and senior author on the study. “There is much anecdotal evidence of CBD’s health benefits for menopausal and postmenopausal women, but our study is the first to investigate some of the claims in an established preclinical model of postmenopause.”

Women spend about one third of their lifetime in the postmenopausal stage, defined as one year after the final menstruation, which occurs around age 51 among US women. In human females, the steep decline in estrogen levels after menopause can often lead to a host of health concerns, including weight gain, cardiometabolic disease, osteoporosis, gastrointestinal disorders and cognitive decline.

Hormone replacement therapy (HRT) exists as one of very few treatment options, but the risks and benefits of HRT is variable and depends on age, individual health status, dose and type of HRT. Notably, clinical studies indicate that HRT use in women over 60 leads to greater risk of heart disease, stroke, blood clots and cancer.

“Other therapeutic options with fewer safety concerns are needed for prevention of chronic disease in this underserved demographic,” Roopchand said.

Over 18 weeks, researchers fed the estrogen-deficient mice a steady diet of either tiny, CBD-laced peanut butter balls or peanut butter balls without CBD. The untreated estrogen-deficient mice developed symptoms that resembled those of postmenopausal human females, such as metabolic dysfunction, evidence of inflammation, lower bone density, and lower levels of beneficial gut bacteria. However, in mice that ingested CBD, these conditions were significantly improved.