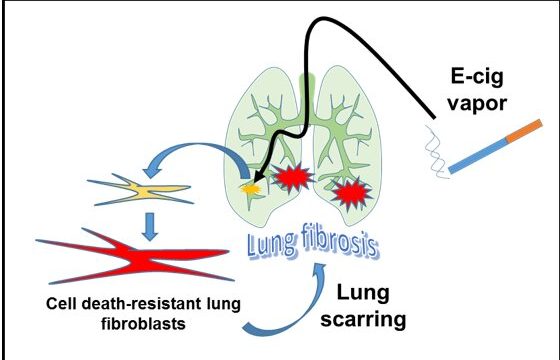 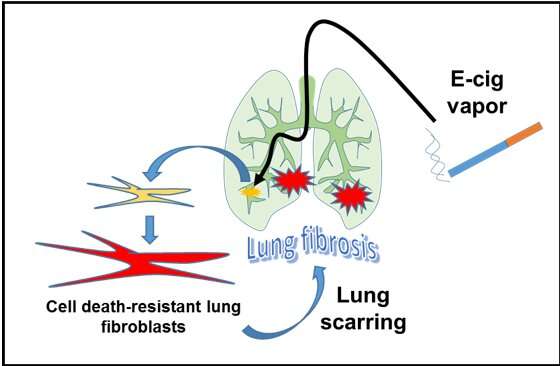 Researchers report evidence that the compounds in e-cigarette liquid could potentially cause the body’s tissue repair process to go haywire and lead to scarring inside the lungs. The new study, conducted in cell cultures, also suggests that inhibiting a certain nicotinic receptor could help promote the death of overactive fibroblast cells and thus slow scar formation, called fibrosis, in affected individuals.

“Prior studies strongly and consistently suggest that vaping is harmful for human health and linked to development of various types of human diseases,” said lead study author Richard Nho, Ph.D., assistant professor in the Department of Medicine and graduate faculty in the Department of Pharmacology at the University of Minnesota. “Our study further supports the concept that the use of e-cigarettes is not safer than smoking conventional cigarettes and that vaping is a potential risk factor to promote lung fibrosis.”

Nho was scheduled to present the research at the American Society for Investigative Pathology annual meeting in San Diego this month. Though the meeting, to be held in conjunction with the 2020 Experimental Biology conference, was canceled in response to the COVID-19 outbreak, the research team’s abstract was published in this month’s issue of The FASEB Journal.

Vaping is known to cause lung tissue injuries. While the study was not designed to uncover the mechanisms behind the serious lung injuries and deaths that have been linked with vaping, the findings shed light on how e-cigarettes may affect the crucial cell type that repairs lung injuries when they occur.

Nho and colleagues studied lung tissue samples from 14 people, including seven people without lung fibrosis and seven people with idiopathic pulmonary fibrosis, a disease that causes severe scarring in the lungs. They examined the activity of fibroblasts, a type of cell that repairs damaged tissue. In normal conditions, fibroblasts activate and proliferate when they are needed to heal a wound and then die off when no longer needed. In the case of lung fibrosis, fibroblasts become overactivated and then fail to die off, leading to a damaging buildup of scar tissue.

In the first set of experiments, the researchers treated fibroblasts with e-cigarette aerosol and tobacco smoke extracts. They found that when fibroblasts were exposed to e-cigarette aerosol extract, they were significantly more viable than those exposed to smoke extracts, suggesting that vaping—to a greater extent than tobacco smoking—could contribute to fibrosis by helping fibroblasts stay alive for an abnormally long time.

The researchers then experimented with e-liquids containing different amounts of nicotine, an active component of e-cigarettes. In those studies, fibroblasts exposed to nicotine-free e-liquids underwent cell death while those exposed to nicotine-containing e-liquids showed increased viability, with higher concentrations of nicotine leading to a greater increase in viability. These cells also super-charged their expression of a protein that binds to nicotine, called the alpha 7-nicotinic acetylcholine receptor.

Taken together, these findings suggest that e-cigarettes containing nicotine can potentially cause lung fibroblasts to become overactive and ultimately create scarring. The results further suggest this can happen both in healthy people and in people whose fibroblasts already have a tendency to grow out of control, such as those with idiopathic pulmonary fibrosis. 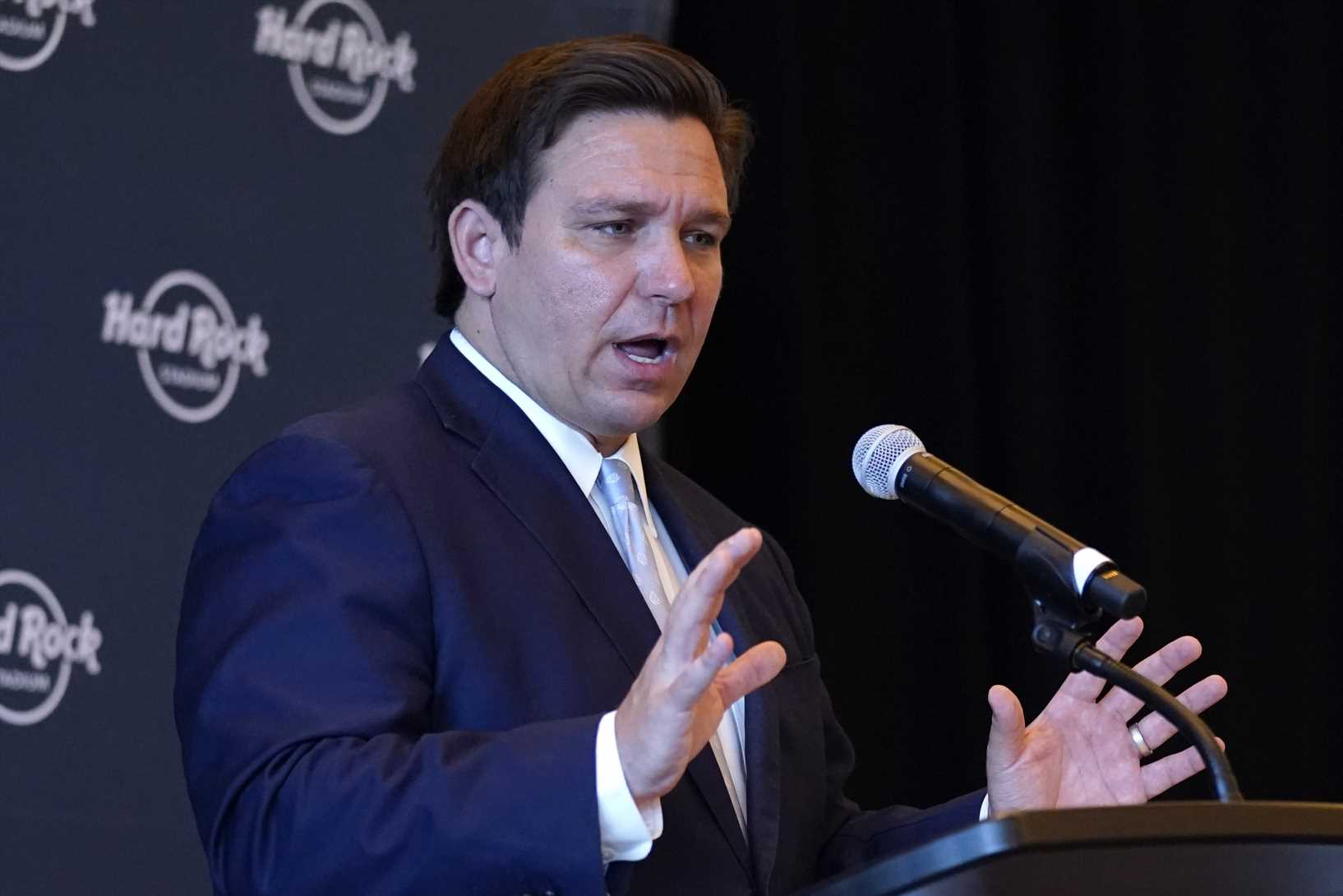 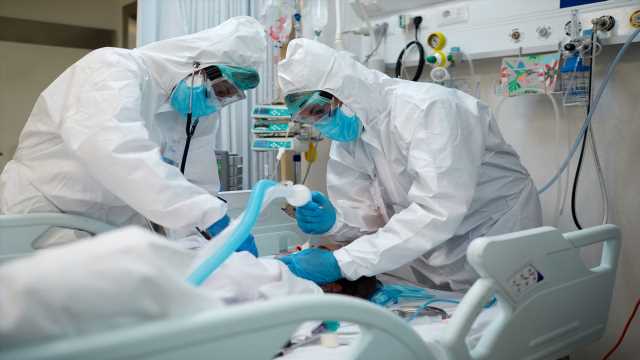