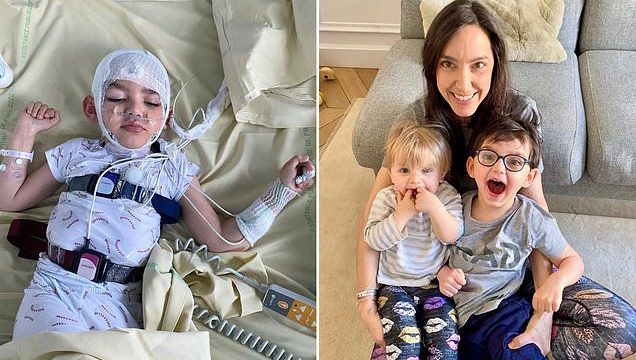 A young boy suffering from a condition described as a combination of Alzheimer’s and Pakinson’s is hoping for a miracle after clinical trials for a drug to treat his condition were cut short – leaving him reeling.

Leo Vauclare, 6, is suffering from infantile neuroaxonal dystrophy (INAD), a condition caused by a missing enzymes in a person’s body or a dangerous build up on iron. He was diagnosed at age two.

The rare diagnosis only affects around 150 children worldwide, Vauclare’s parents told Insider, and its rarity also means that there are little options for treatment available.

One option did emerge for the young child, and he was enrolled in a trial of a drug that was believed to be able to treat his rare affliction. Unfortunately, the company running the trial went bankrupt and cut it short. His condition was too far developed for him to re-enroll later.

With little options remaining, Vauclare’s parents, his mother Deborah and father Antoine, and young sister, Eva, are hoping that something emerges to treat him before he likely dies by the age within the next six years. 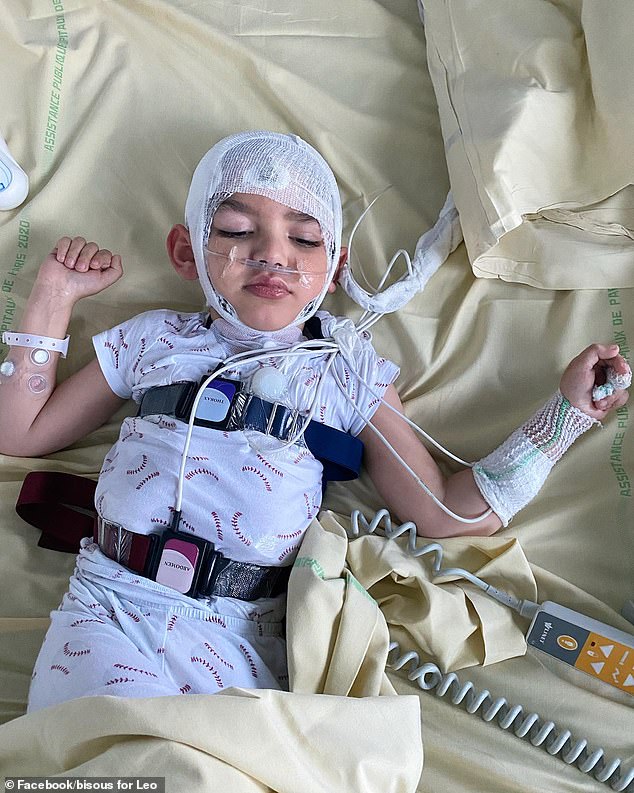 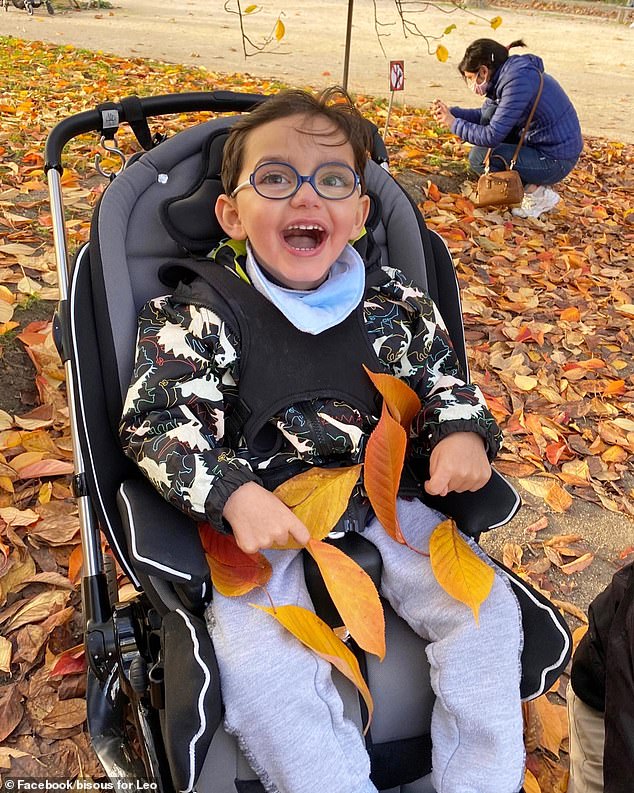 ‘But it’s something we often say because the life that he lives is unimaginable.’

The family is from New York but currently resides in France. Deborah says that Eva has become a helper of sorts for her brother, but does not exactly know the dire situation her brother is in.

‘She’ll kiss him and help me if his head falls… she doesn’t understand because she’s only 3, but she likes to be with him,’ she explained.

He first started showing signs when he was 14 months all. His parents noted that he had poor balance and that he missed some crucial speech development milestones.

Care from therapists and routine testing did not detect the condition. In 2018, he took a genetic test that revealed his INAD diagnosis. 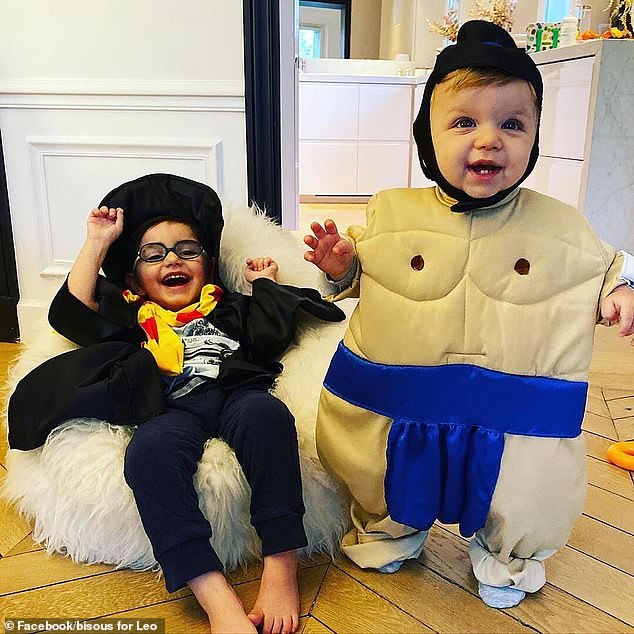 Leo’s (left) parents say that his younger sister Eva (right), 2, has acted as his helper even as she does not know why exactly her brother is sick 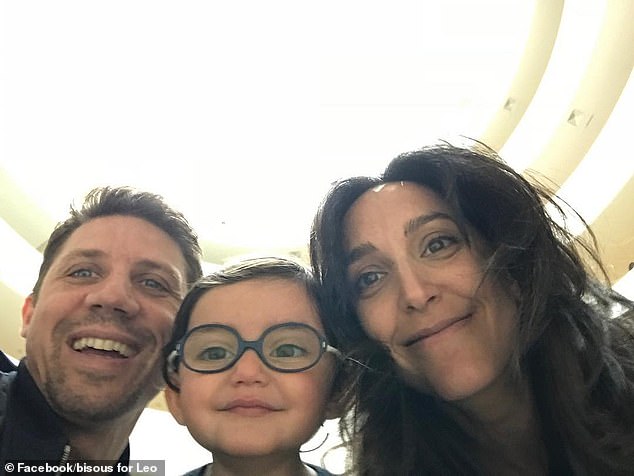 Leo’s family (pictured) enrolled him in a drug trial for a potential INAD treatment candidate, but it was cut short after the company went bankrupt in 2021

The National Institutes of Health describes the condition as a rare neurological disorder that affects the brain’s axons.

It slowly causes the afflicted person to lose their vision, mental skills and muscular control – hence why it is compared to Alzheimer’s and Parkinson’s.

The disease will often appear within the first two years of a child’s life. Its basic causes are not known.

There are also no treatments or cures available that can slow its progress over time.

‘We thought, ‘How can this be?…How could our child — or any child — be given this life, which is really not much of a life?” Deborah said.

Deborah was pregnant with Eva when Leo was diagnosed with INAD, leaving the family fearing that their unborn child would be struck with the condition as well – with doctors estimating a 25 percent chance of such.

‘I was a complete wreck… I couldn’t sleep. I couldn’t eat and felt nauseous all the time from nerves,’ she described.

Testing on Eva before she was born showed that she would likely be healthy, though, a relief for the family.

The family joined forces with the INADcure Foundation in an effort to find a cure for the condition. 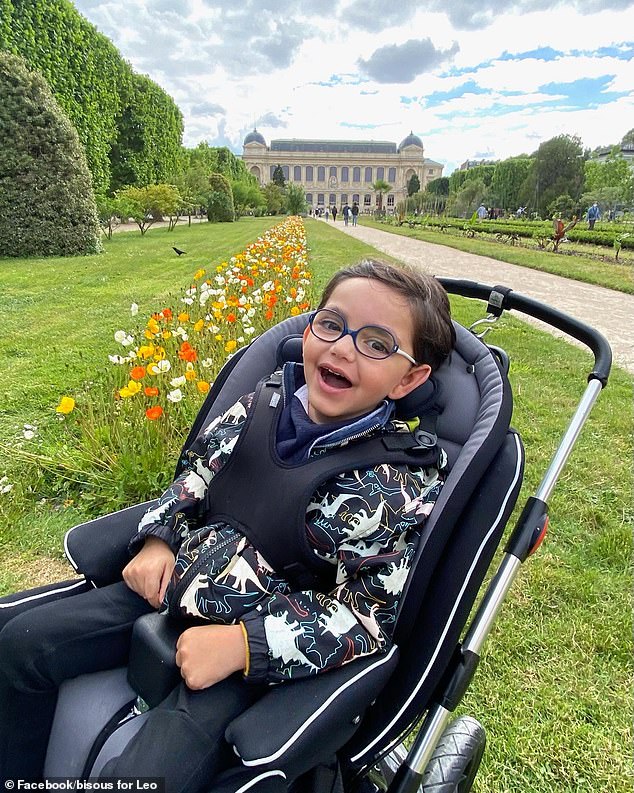 The family launched a foundation for Leo, hoping to raise funding to develop a gene-therapy treatment that could stop the progression of INAD 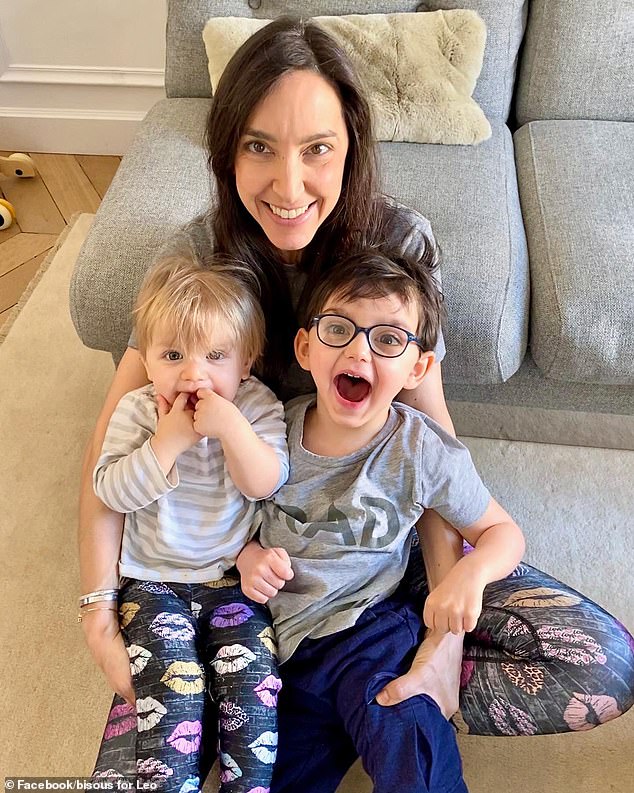 The Bisous for Leo – kisses for Leo in French – campaign was then launched. In the months following his diagnosis, the young child was also enrolled in a drug trial for a promising treatment candidate for the condition.

In 2021, the company holding the trial ran into financial difficulties and filed for bankruptcy – halting the trial.

When his family tried to enroll Leo in a follow up trial they were told his condition has deteriorated so badly the drug may hurt him more than it would help.

His family says that he is barely conscious of his surroundings anymore. He requires a feeding tube and uses a molded seat that supports his body and keeps him upright.

The foundation likely needs around $7 million to launch a new gene-therapy treatment for the condition, but even if the money does come it could be too late for Leo.