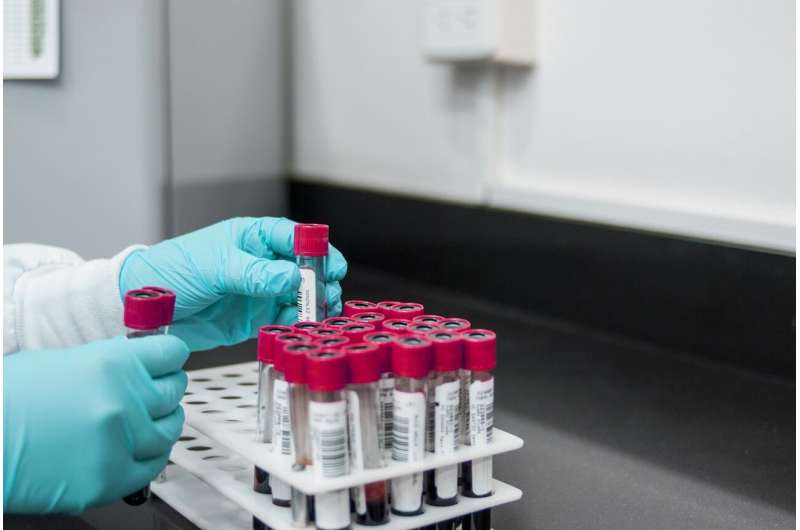 In the clinical care of people living with HIV, various types of blood cells are routinely counted to assess the immune system, among them CD4+ cells, or T helper cells, and CD8+ cells, or cytotoxic T cells.

These types of white blood cells work together to clear infections and prevent and kill cancer cells. While a normal CD4/CD8 ratio is about 2:1, it’s typically lower in people with HIV.

A large observational study published March 16 in the Journal of the National Cancer Institute finds that, among adult patients with HIV, those who have lower CD4/CD8 ratios have a markedly higher risk of developing cancer.

Led by researchers at Vanderbilt University Medical Center, the study looked at data over a 20-year period from 83,893 adult patients with HIV in whom 5,628 cancer diagnoses occurred.

Infectious diseases specialist Jessica Castilho, MD, MPH, epidemiologist Staci Sudenga, Ph.D., and colleagues found that, compared to people with HIV whose CD4/CD8 ratios were in the top quartile (>.80), those whose ratios were in the bottom quartile (<.30) had a 24% greater risk of being diagnosed with cancer in the following six months. Similar levels of excess risk in the bottom versus the top quartile were observed at 12, 18 and 24 months before cancer diagnosis.

“Compared to the general population, people with HIV have a considerably higher risk of certain cancers. The results of this large study give us clues to understand how the immune system in people with HIV may contribute to that excess risk,” said Castilho, assistant professor of Medicine and Health Policy. “A clinical test we already use, the CD4/CD8 ratio, may also help identify those at highest risk who would benefit from additional cancer prevention and screening.”

The excess risk was independent of CD4+ cell counts, HIV viral load, smoking and other covariates tracked in the study.