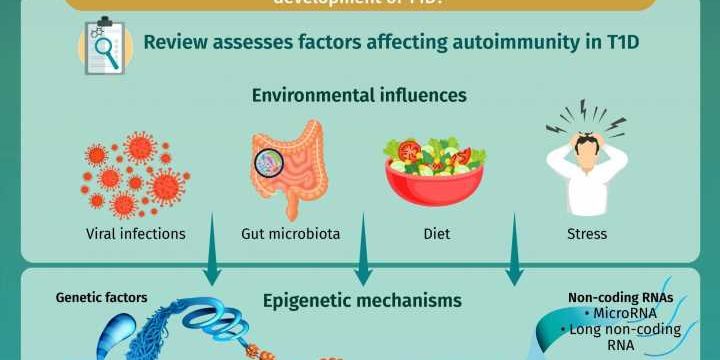 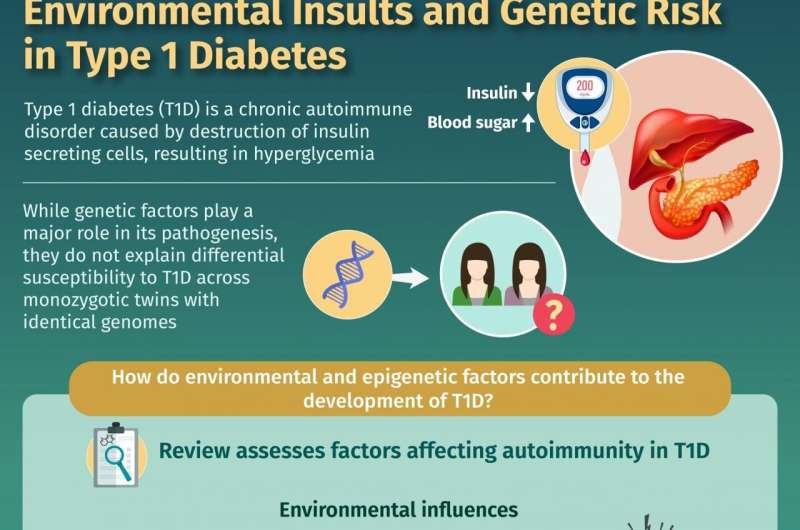 Type 1 diabetes is a disorder in which the immune system inappropriately targets a class of cells in the pancreas known as β cells that produce the hormone insulin, which plays an important role in regulating bloodstream glucose levels and the metabolism of carbohydrates, lipids, and proteins. The loss of insulin causes a range of health problems for people with type 1 diabetes, and patients become dependent on insulin injections for their survival. Even with insulin therapy, people with type 1 diabetes have shortened lifespans and are at an elevated risk of developing myriad complications.

To explain the risk factors for type 1 diabetes more fully, medical researchers have turned to the field of epigenetics, which studies how environmental and lifestyle factors can influence the expression of genes without altering the underlying DNA sequence. In recent years, various research groups have published studies confirming that epigenetic changes related to environmental conditions contribute to the development of type 1 diabetes. In a review article recently published in Chinese Medical Journal, a team of researchers from the Huazhong University of Science and Technology led by Drs. Cong-Yi Wang and Fei Xiong set out to summarize how epigenetic factors modulate the risks of type 1 diabetes. They also aimed to discuss the potential of these epigenetic factors to serve as markers for monitoring disease progression and as targets for therapeutics.

Epigenetic effects can also be expressed in the form of noncoding RNAs, which are RNA molecules that have functional roles other than the standard role of providing instructions for protein synthesis. Noncoding RNAs are a diverse class of genetic molecules, and they can bind DNA, other RNA strands, and proteins. Through their various actions, they can promote or suppress the expression of certain genes. Recent studies have yielded evidence that noncoding RNAs can contribute to type 1 diabetes by influencing the immune system and causing β cell dysfunction.

Dr. Wang says, “Given the relationship between epigenetic changes and type 1 diabetes, various epigenetic changes could serve as markers for disease progression and treatment effects or even as targets for future therapeutics. For example, noncoding RNAs can be measured noninvasively, while changes in DNA methylation levels and patterns for particular genes could indicate that a genetically predisposed person is developing type 1 diabetes.” Furthermore, the researchers cite studies that have yielded evidence that drugs that alter DNA methylation could benefit patients with type 1 diabetes.