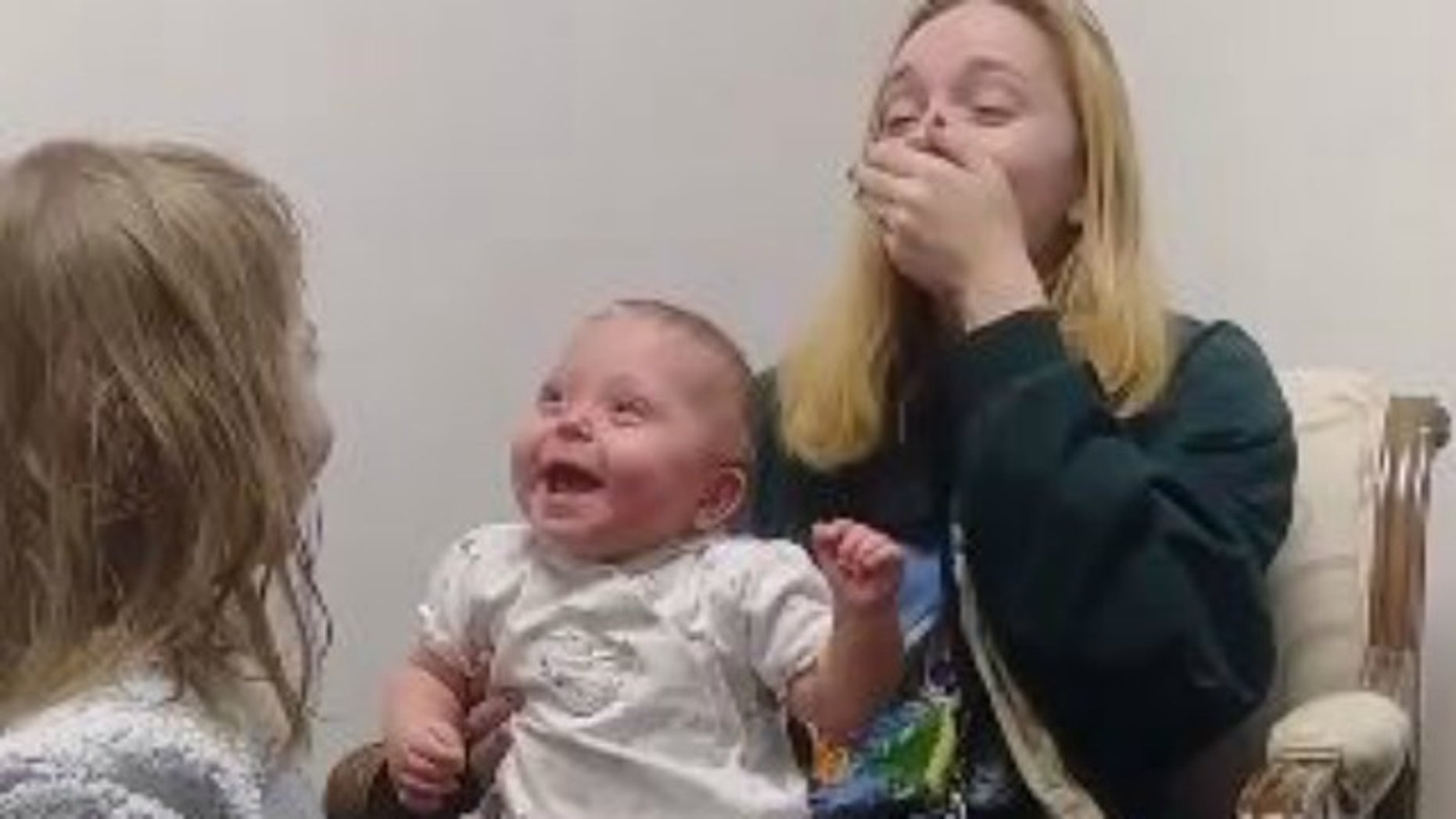 Baby Scarlet was treated for a bacterial infection shortly after birth, but lost some of her hearing in the process.
(Fox 5 Atlanta)

The sweet moment a Georgia baby heard clearly for the very first time was caught and shared on Facebook by the 11-month-old girl’s ecstatic family. Scarlet Benjamin, who was born three months premature and contracted a serious bacterial infection while in the NICU, was fitted with hearing aids and finally tested them on Thursday.

“We have spent the last 8 months going back and forth to Athens, Milledgeville, and Augusta to try to figure out where she was on the spectrum,” Carol Benjamin, Scarlet's mother, told Fox 5 Atlanta. “No one could get a good read on her scans.”

According to Benjamin, her daughter had contracted necrotizing enterocolitis after birth, and the medication that she needed to treat the intestinal infection caused hearing loss.

In the video posted to Facebook, baby Scarlet can be seen and heard erupting in laughter at the sound of her mother and big sister’s voices after being fitted with her hearing aids.

“It’s been a long and emotional experience,” Benjamin wrote, in part, on Facebook. “She reacted to most sounds so we thought she could hear fairly well. After what I witness today, it was not as well as I thought. Hearing aids make a WORLD of difference!”

Benjamin went on to thank Atlanta Hearing Associates for “one of the absolute best days of our lives.”