What is Atrial Fibrillation?

Different foods require specific enzymes to break them down in the body once ingested. Without all the right components, the body may suffer a build-up of natural compounds in the blood, which may trigger abnormalities in the heart rhythm. For this reason, aged cheeses may best be avoided by certain individuals due to their high tyramine content.

According to the NHS, atrial fibrillation “can be uncomfortable and often requires treatment”.

It occurs when the two smaller, upper chambers of the heart beat irregularly instead of rhythmically.

This can allow blood clots to form inside the heart and later travel to the brain and cause a stroke. 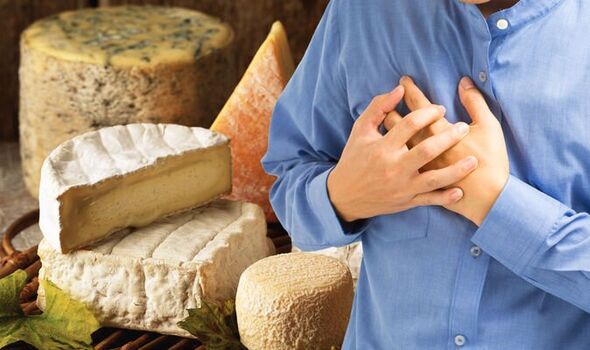 According to the health site, tyramine is commonly found in aged cheeses such as cheddar, parmesan and gorgonzola, as well as pepperoni, salami, and soybean.

The effects of the compound tyramine on heart rhythm were probed in one study published in the journal of Human Psychopharmacology.

The study found that five out of 12 physical healthy patients with depression undergoing a tyramine pressor test developed cardiac arrhythmias.

They noted: “Tyramine, both oral and intravenous, caused similar reproducible changes in dogs, though not in rats, mice or guinea pigs.

To understand how tyramine concentrations vary for different types of cheese, the journal of Nutrition Reviews has constructed a detailed table. 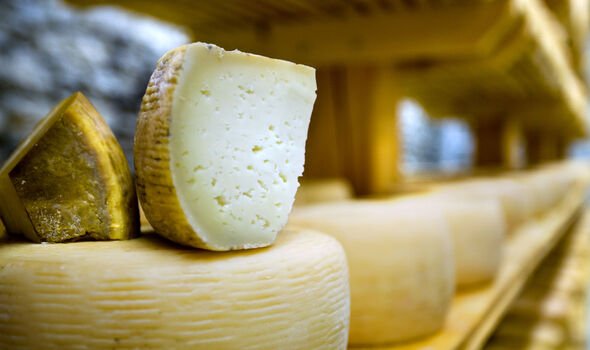 It offers a breakdown of the tyramine content of several different food sources based on a meta-analysis of various studies.

Tyramine can be problematic because the body needs monoamine to break it down, and some bodies don’t have sufficient amounts of the enzyme.

The health body adds: “If you are sensitive to tyramine, don’t make enough monoamine oxidase, or take a medication that blocks monoamine oxidase production, excess tyramine can cause serious side effects.” 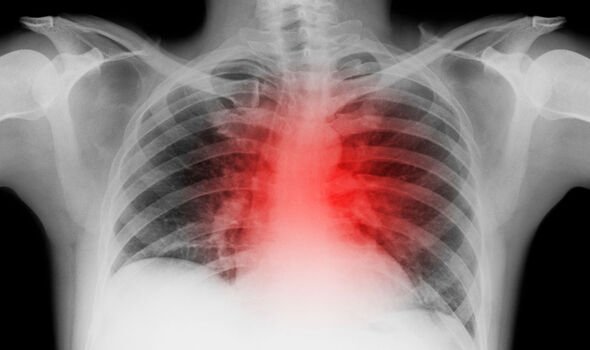 Although a deficiency in monoamine oxidant A is rare, it occurs almost exclusively in males, according to MedlinePlus.

In men, it may cause episodes of skin flushing, sweating, headaches and diarrhoea.

MedlinePlus adds: “Similar episodes can occur in female family members of males of monoamine oxidant A deficiency, although females do not experience other signs or symptoms of the condition.”

The enzyme can be increased with the consumption of protein-rich foods such as meat, poultry, eggs, dairy products and beans.