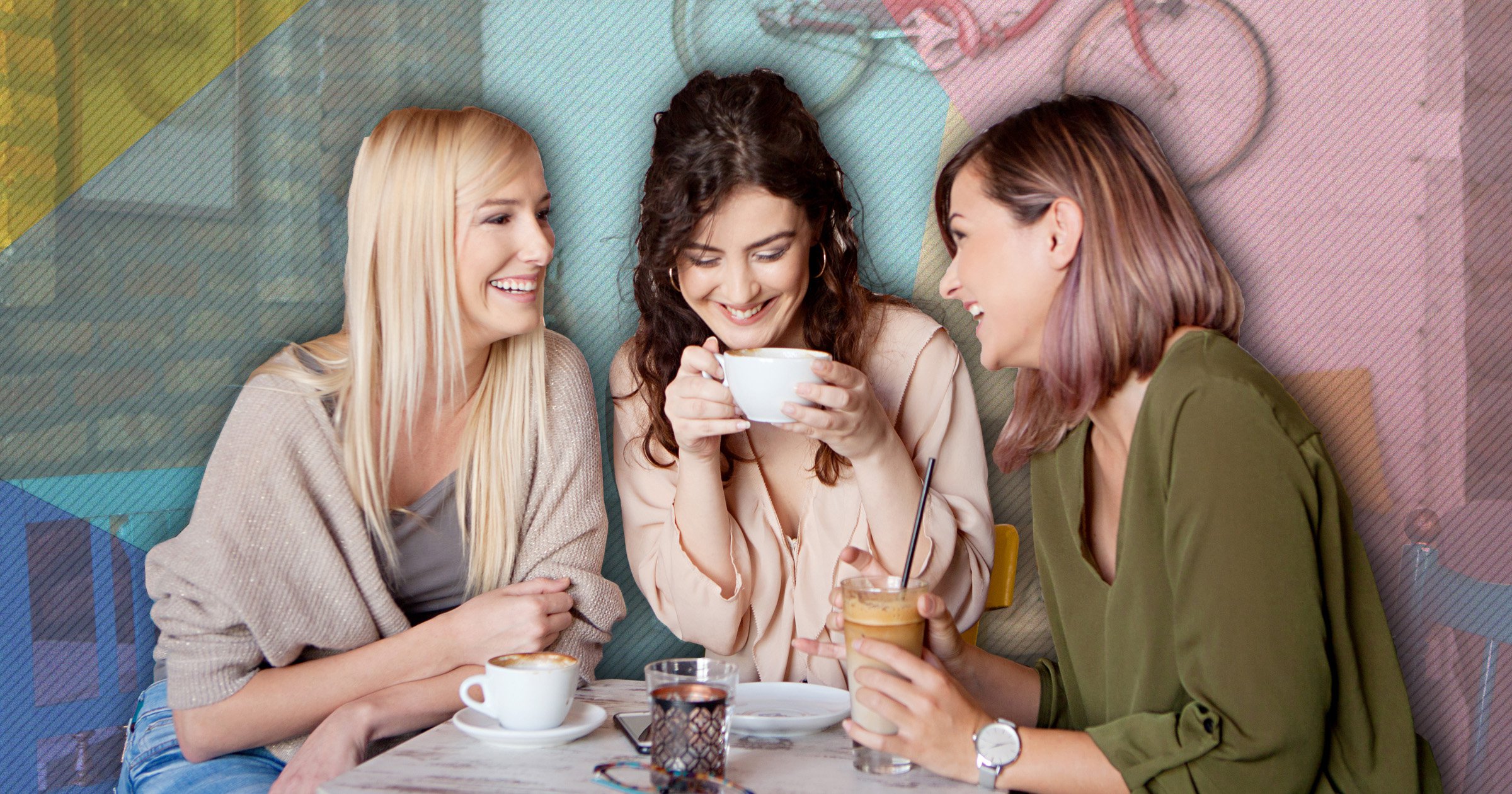 A codependent friendship is exactly what it says on the tin – a friendship between friends who are unusually reliant on each other.

Sometimes, you might find yourself in a relationship where your friends start relying on you more than you initially bargained for.

Often, it’s a gradual change in the dynamics of the relationship – you might not even realise it at first.

Henry Adeane, a UKCP Psychotherapist, describes a codependent friendship as ‘a sense of feeling’ you need each other. ‘If the key fits the lock, then the lock turns,’ he says.

This form of friendship ‘tends to form an unwritten contract’ between people that suit each other for practical reasons – such as interests.

‘It’s usually when they’re looking (probably unconsciously) for support and care from another,’ he tells Metro.co.uk.

‘[Often] both parties haven’t had enough love and attention and develop relationships to fill that need.’

Sometimes, past experiences can evoke a codependency within friendship.

‘For example, it’s possible that one of the friends felt that they weren’t experiencing enough care when they were a child,’ says Henry.

‘Now – unconsciously – they find that they’re looking for support from another.’ Typically, the ‘another’ would be someone similar, or a person who is able to give care and attention, usually in return.

Caroline Britton, wellness coach and author of Coming Home To You tells Metro.co.uk that codependent friendships can form when we feel something is missing within us.

‘In a codependent friendship, we end up looking outside of us to get it – in this case from another person who offers us the security, validation and completeness that we feel we’re unable to give ourselves,’ she explains.

In her view, this form of friendship results in ‘poor’ boundaries. ‘There is a tendency to expect the other person to meet your needs, and feeling frustration when they don’t,’ she says. ‘It can mean giving your power away so your energy and happiness is dependent on another.’

In most codependent friendships, there are two roles which form over time – the ‘giver’ and the ‘taker’.

‘Codependent friendships can begin with a feeling of being allies in a particular situation,’ Henry notes.

‘However, over time, people’s differences come out, and without realising it, there can be a sense of being worn down emotionally by the other person.’

‘For the person who plays the “giver” role, this pattern of relationship can become depleting and emotionally draining,’ she says.

‘At the same time, the “taker” may become overdependent on another to provide them with a sense of self-importance, identity and/or emotional stability.’

Ultimately, it can lead to isolation from ‘forming other healthier friendships’.

If you feel like your friendship has evolved into a state of unbalance, it’s important to evaluate where you set your boundaries.

‘One of the hallmarks of a healthy relationship is strong, mutually beneficial boundaries,’ says Dr Snape.

‘The giver in the friendship may want to identify their own needs and wants, and actually prioritise themselves, while for the other individual, it may be about taking more responsibility for meeting their own needs independently.’

The most important aspect of any relationship is clear communication – which can sometimes be hard. Henry says to ask yourself if you really want to keep them as a friend.

‘If yes, you need to tell your friend what they are doing that makes you feel used, in an assertive but kind manner to navigate the other person’s feelings,’ he notes.

‘Conversations may be hard – but they can help to form long lasting truly supportive and healthy friendships.

‘If not, one person needs to walk away.’