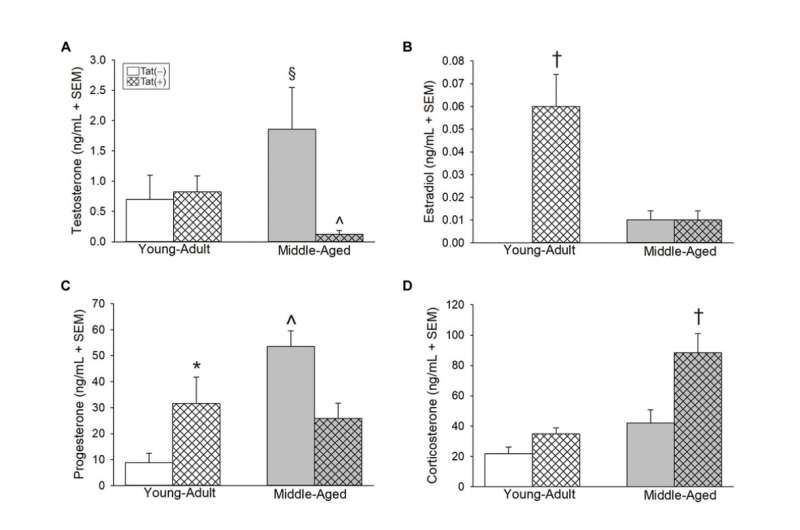 In the United States, approximately 1.2 million people are living with human immunodeficiency virus type-1 (HIV-1), with men accounting for the majority of cases (~75%). About half of HIV-infected individuals are 50 years of age and older. People living with HIV contend with an accelerated onset of age-related diseases and disorders; however, the pathophysiology underlying accelerated aging is poorly understood.

While the mechanisms(s) are unknown, the HIV-1 trans-activator of transcription (Tat) protein disrupts neuroendocrine function in mice partly by dysregulating mitochondria and neurosteroidogenesis.