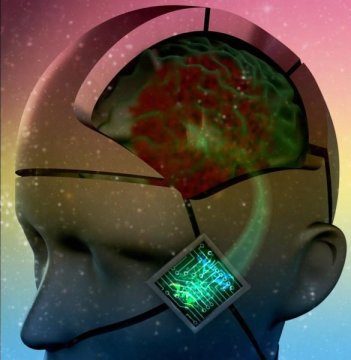 Cryogenic-Electron Microscopy (cryo-EM) has been a game changer in the field of medical research, but the substrate, used to freeze and view samples under a microscope, has not advanced much in decades. Now, thanks to a collaboration between Penn State researchers and the applied science company Protochips, Inc., this is no longer the case.

“The traditional type of grid hasn’t changed much since the inception of cryo-EM, while materials science has changed vastly,” said Deb Kelly, a professor of biomedical engineering at Penn State and director of the Center for Structural Oncology (CSO). “Our team, along with other colleagues in the field, had the idea to try new materials as a means to improve upon current practices.”

Problems with traditional carbon grids with holes include uneven surfaces when ice forms across the grid, which requires adjusting imaging routines many times; the grid materials expanding at different thermal rates; and failure of the specimens to find their way into the grid holes, wasting what is often limited samples.

“Only having to set initial focus parameters saves a tremendous amount of time during data acquisition,” says Cameron Varano, research assistant professor in the CSO and the co-lead author on a new paper just published online in the journal Small. “The Protochips substrates are made from silicon nitride, a more rigid material than the carbon grids, which makes them less apt to have local deformities. And the wells in the chips can be customized for various ice thicknesses and applications.”

With the new substrates, called Cryo-Chips, the researchers have the potential to get all their data on the samples in as little as an hour, as opposed to what would currently take days.

“This major technical advancement allows us to tackle more challenging questions,” Varano says. “It’s turning cryo-EM from an art into a science.”

In their paper, “Cryo-EM-on-a-Chip: Custom-designed Substrates for the 3D Analysis of Macromolecules,” the researchers chose three case studies for which this type of imaging could be useful. The first study was a comparison of the carbon grid with holes and the Cryo-Chip using rotavirus particles, a standard model in cryo-EM studies because of its large size and symmetrical shape. They saw enhanced contrast with the Cryo-Chip substrate, as well as more specimen retention in the custom wells.

“For our third example, we decided to look at something more unknown, and that’s derived from another type of cancer, P53, from brain cancer cells,” Kelly says. “P53 is the most mutated molecule in nearly all cancers throughout the body. Yet no one has put together what its full 3D structure looks like in cancer. Using our new microchip approach, we were able to see features in these important p53 assemblies that give this cancer an advantage for survival.”

Kelly and Varano, who both recently moved to Penn State from Virginia Tech, are hoping to take these biomedically important samples to the next level as part of the mission for the new CSO, part of the Huck Institutes of the Life Sciences.

“With the newly-built microscope at the University Park campus and the Cryo-Chip tools in hand, we expect to transition our imaging work from high throughput to intelligent throughput,” Kelly says. “What’s really nice about our collaboration with Protochips is that it emphasizes the company/academic partnership. In that way, we can all grow together.”

Co-lead author Nick Alden, was Kelly’s graduate student at Virginia Tech, and he will be joining the doctoral program in biomedical engineering at Penn State this fall. Other authors include William Dearnaley and Maria Solares of Penn State;Yanping Liang and Zhi Sheng, of Virginia Tech; Sarah McDonald of Wake Forest University; and John Damiano, Jennifer McConnell and Madeline Dukes from Protochips, Inc. William Luqiu, a graduating senior at the Roanoke Valley Governor’s School for Science and Technology, also took part in the computing aspects of the research.

The National Institutes of Health and the National Cancer Institute supported this work. Additional support was provided by the University of Virginia-Virginia Tech Carilion Seed Fund Award and the Cartledge Charitable Foundation.