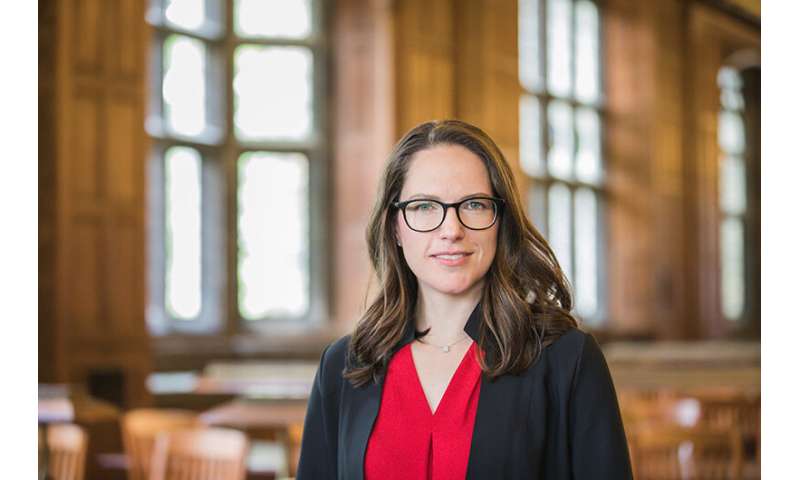 Until now, there’s never been a tool that could determine how long it will take a patient to heal from a tibial fracture.

“What was exciting about our project was that all the mechanical analysis was done blinded to the clinical treatment of the patients, and the surgeon never saw any of our data,” says Hannah Dailey, an assistant professor of mechanical engineering and mechanics at Lehigh University’s P.C. Rossin School of Engineering and Applied Science. “When we put it all together, we were able to answer the question, ‘Can the virtual mechanical test predict how long it will take the patient to heal?’ We found that it could.”

Dailey, who is also affiliated with Lehigh’s Institute for Functional Materials and Devices (I-FMD), is the lead author of “Virtual Mechanical Testing Based On Low-Dose Computed Tomography Scans for Tibial Fracture.” The paper appeared in the July 3 issue of the Journal of Bone and Joint Surgery.

Most people who break their tibia, or shin bone, proceed along a normal healing timeline. As the weeks go by, more and more new bone called callus forms along the fracture line. Callus starts out as a spongy material that over time hardens into bone that is just as strong—or stronger—than it was before the break. Patients typically come in for X-rays at regular intervals, and as long as the images reveal there’s increasingly more callus in the region, all is well.

But some people don’t heal normally. This failure to heal is called a nonunion, and it can be utterly debilitating.

“Musculoskeletal injuries are very, very painful,” says Dailey. “And when a bone isn’t healing properly, patients can be in pain for weeks or months.”

Ideally, she says, surgeons would re-operate early on a patient with a nonunion. But differentiating between a true nonunion—where no new bone is forming at all—and a bone that is healing—just very slowly—is difficult. And that difference is critical. If it’s the former, a second surgery is imperative. If it’s the latter, it may be better for the patient to wait and avoid the risk and expense of another operation.

Pinpointing that crucial difference between who needs additional surgery and who does not is difficult because surgeons typically rely on X-rays to determine the extent of bone healing. X-rays, however, are two-dimensional, often fuzzy, and can reveal an incomplete picture.

“Our approach was, ‘Can we measure healing in a structural way, and put a number on how healed a bone is?'” says Dailey. “Instead of using X-rays to determine, ‘Yes, healed,’ or ‘No, not healed,’ can we be more accurate? By using engineering tools, the answer was, yes. We could.”

In this study, adults with tibial shaft fractures were prospectively recruited for observation following standard reamed intramedullary nailing, a procedure in which a titanium rod is inserted in the hollow space of the tibia and secured at the top and bottom with screws. The screws allow the patient to bear weight soon after surgery by keeping the upper bone fragment from collapsing onto the lower bone fragment.

Patient follow-up included radiographs and completion of patient-reported outcome measures, all performed at 6, 12, 18, and 24 weeks post-surgery. Low-dose computed tomography (CT) scans were done at 12 weeks. These scans provided a detailed, three-dimensional picture of what was going on inside each patient.

Using specialized, commercially available software on the scans, Dailey’s Ph.D. student and study co-author, Peter Schwarzenberg, built 3-D mechanical structural models that identified the regions of bone and new bone, or callus. Schwarzenberg then ran the models through finite element analysis software—the same program used by civil engineers to simulate how much deformation happens to a bridge when a load (like cars or pedestrians) is applied to it. Schwarzenberg and Dailey wanted to do the same thing for bones—apply a force and see how much the bone flexed. The less it flexed, the more healed it was. 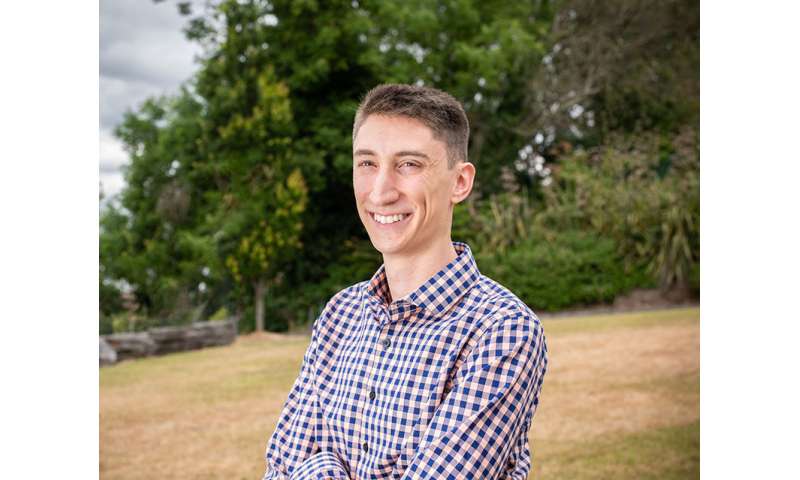 Schwarzenberg used the finite element software to divide each bone model into tiny zones called tetrahedra that all have a mathematical relationship to each other. He and Dailey then simulated fixing the bottom of the bone so it couldn’t move and putting a load on the top of the bone in the form of a one-degree rotational twist. The technique is called a virtual torsion test.

Those calculations revealed how much the bone flexed when it was twisted.

“You want to do one test you can apply to everybody, and a twist is a standard one,” says Dailey. “It comes from the history of animal experimentation. We had a pretty good idea about what happens in the bones of animals at 12 weeks, but before we did this, nobody knew how much structural healing has taken place in humans at 12 weeks.”

The pair then used the CT scans to digitally re-create a healthy version of each person’s leg. Schwarzenberg performed the same virtual torsion test on that healthy model then measured the flex of the unbroken leg against the fractured leg. The resulting percentage helped them determine how stiff the broken bone was compared with the healthy bone. The stiffer a bone was early in the healing process, the quicker the patient could bear weight.

Schwarzenberg and Dailey found that their results from the virtual mechanical test significantly correlated with how long it took each patient to heal. It also clearly identified the single instance of a nonunion.

Dailey says the goal is to produce a diagnostic test that can help surgeons determine if an additional operation is necessary. It could also potentially help doctors determine when it’s safe for patients to bear weight, and it could help measure the effectiveness of devices like bone growth stimulators that might be alternatives to surgery in some nonunion cases.

Dailey and her team acknowledge one flaw in their experimental design: how they’re currently characterizing the callus.

“There’s a lot of data for the mechanical properties of bone,” says Schwarzenberg. “It’s impossible to get cadaver bones with callus because callus disappears when a broken bone is fully healed. Bone is this organized, hard structure, and callus is almost like cartilage. It remodels into bone, but at the time points we’re looking at, we don’t expect the callus to have the same underlying structure as bone. We think we’re making it too strong because we’re using a model that was developed from bone.”

Schwarzenberg is currently trying to fill that knowledge gap at the Musculoskeletal Research Unit at the University of Zurich, as part of the International Education’s Graduate International Research Experiences program (IIE-GIRE). During his six-month fellowship, he is combining the virtual technique with an optimization algorithm to measure the mechanical properties of callus.

To be able to answer the question of whether a bone is healing and when it may be capable of bearing weight is revolutionary, says Dailey.