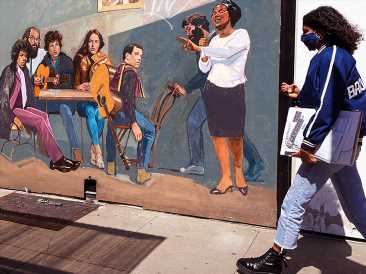 Before March 2020, many people saw pandemics as a thing of the past. Then came COVID-19. Scientists still do not know exactly where the virus that caused it — SARS-CoV-2 — came from, but it soon reached almost every country worldwide. Over 2 years, the virus has evolved, producing several variants. In this Special Feature, we look at the evolution of SARS-CoV-2 and ask what lessons scientists have learned. 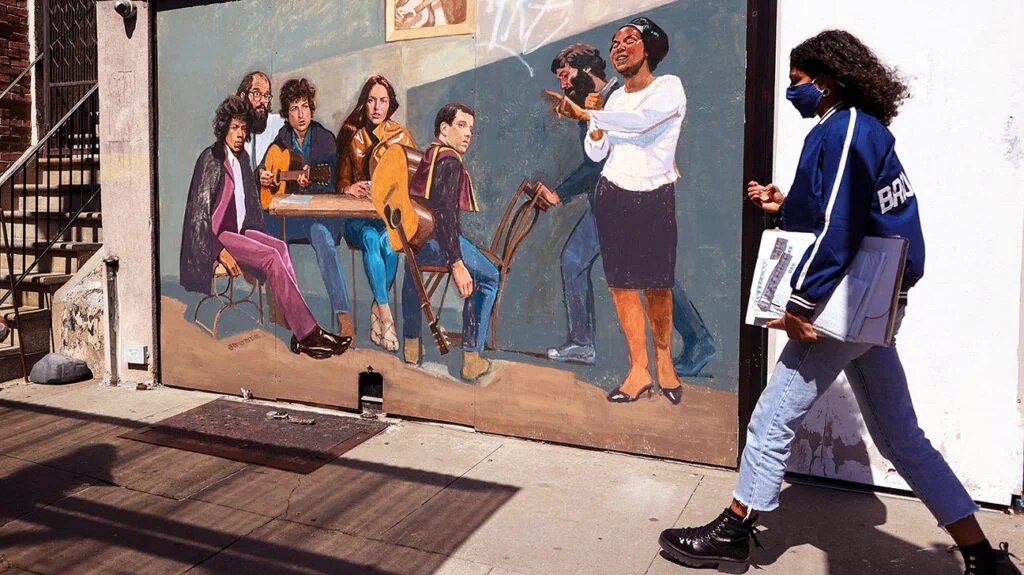 In late 2019, there was a sudden increase in pneumonia cases in central China. By January 7, scientists had identified and isolated a previously unknown coronavirus, now designated SARS-CoV-2.

Now, 2 years on, authorities have recorded more than 458 million cases of COVID-19, the disease resulting from SARS-CoV-2. The disease has also played a role in the deaths of more than 6 million people.

On January 7, 2020, researchers isolated the causative agent, SARS-CoV-2, and on January 10, they sequenced its genome.

By January 2, 2020, doctors had confirmed that 41 people in a Wuhan hospital with severe respiratory illness had a SARS-CoV-2 infection. Of these individuals, 27 had had exposure to the seafood market.

Many coronaviruses exist, affecting both animals and people. Most cause infections with mild to moderate symptoms in the upper respiratory tract, such as colds.

In recent years, two coronaviruses — SARS-CoV and MERS-CoV — have caused more severe disease. SARS-CoV, which scientists identified in November 2002, was responsible for severe acute respiratory syndrome (SARS), which emerged in Asia. The Centers for Disease Control and Prevention (CDC) note that of the 8,096 people with a known SARS infection, 774 died. There have been no reported cases since 2004.

Scientists first identified Middle East Respiratory Syndrome (MERS), the disease that MERS-CoV-2 causes, in 2012 in Saudi Arabia. The mortality rate for MERS is high — of every 10 people with the infection, three or four die. There continue to be occasional, localized outbreaks of this disease.

Both of these coronaviruses caused diseases with high fatality rates, but it was possible to contain the spread before they reached pandemic levels. So, were we ready for the next coronavirus?

The origins of SARS-CoV-2

Experts believe that SARS came from bats and that MERS crossed over to people from camels. However, for SARS-CoV-2, researchers have not all agreed on any of the many existing theories.

At first, people thought that SARS-CoV-2 might have come directly from bats. Scientists discounted that theory, though, as the spike protein on SARS-CoV-2 is very different from that on the coronaviruses present in bats.

Now, researchers think it is likely that the virus originated in bats but had an intermediate host between bats and people. A recent study — which has not yet undergone peer review — suggests that live mammals for sale at the Huanan Seafood Wholesale Market in Wuhan, the epicenter of early cases, might have been the intermediate host.

Another recent study — also yet to undergo peer review — that analyzed the evolution of SARS-CoV-2 suggests that “SARS-CoV-2 emergence likely resulted from multiple zoonotic events.” The researchers do not suggest what the intermediate animal hosts might be.

Alternatively, did SARS-CoV-2 escape from a laboratory in Wuhan, as some media outlets have suggested? The WHO has dismissed this theory as “extremely unlikely.”

So, there is still uncertainty about the origins of SARS-CoV-2. And this may be due, in some measure, to a lack of international cooperation, as Prof. Jonathan Stoye, a virologist at the Francis Crick Institute in London, United Kingdom, told Medical News Today.

In his opinion, “one mistake was to start pointing fingers at China and blaming them for the origin of this virus. I think that, naturally, led to pushback from the Chinese [authorities].”

He added: “I absolutely believe in natural origins [of SARS-CoV-2], but the Chinese [authorities] could have made things easier if they’d opened up their books straightaway. They weren’t going to do that when they were being accused of being responsible [for the virus].”

The rise of variants

For almost a year, the original Wuhan variant of SARS-CoV-2 moved across the globe. Then, in late 2020, the number of COVID-19 cases increased rapidly in South East England, in the United Kingdom.

Researchers discovered that a new variant, which was 50% more transmissible than the original and had 17 unique mutations, was responsible. In December 2020, the WHO designated it B.1.1.7, or the Alpha variant.

Scientists have since identified many other variants, but the WHO has only designated five as variants of concern (VOC). The VOCs and the location of their initial identification are:

Each variant has different features. Some variants are more transmissible than others, and some are more virulent. It is these features that have caused the multiple waves of COVID-19.

“The regular and rapid emergence of new variants in the past 2 years have made the course of the pandemic very unpredictable.”

– Dr. Arturo Casadevall, distinguished professor and chair of molecular microbiology and immunology and infectious diseases at the Johns Hopkins Bloomberg School of Public Health in Baltimore

In a coronavirus, the genetic material is ribonucleic acid (RNA). An enzyme called RNA polymerase controls the replication, and it often makes errors. Most mutations create a virus that cannot replicate and spread among people. However, some mutations lead to a virus that can replicate: a variant.

A mutation might give the virus a selective advantage, such as better transmissibility or greater virulence. If it is more transmissible, the variant may spread faster and outcompete previous variants. This is what happened with the Alpha, Delta, and Omicron variants of the coronavirus.

Some situations give viruses more opportunities to mutate, as Dr. Christopher Coleman, assistant professor of infection immunology at the University of Nottingham, U.K., explained to MNT:

“Viruses naturally mutate as they replicate, so in an immunocompromised host where the virus replicates more easily, there will be a correspondingly increased number of mutations.”

Omicron has more than 50 mutations, of which some 30 are in the spike protein that the virus uses to gain entry to host cells. One theory suggests that it may have evolved in people with HIV, a virus that suppresses the immune system.

Moving between host species also increases the mutation rate. Dr. Coleman added that the “[i]nfection of animals by humans will mean the virus then adapts to a new host, which involves mutations.”

Domestic animals, such as cats, dogs, and ferrets, have had SARS-CoV-2 infections. The CDC notes that on one mink farm in Michigan, several animals contracted the virus, which then passed back to workers. On testing, the viral samples from the workers contained several mink-related mutations.

Decades of research into coronaviruses led to the rapid development of vaccines, many of them using new technologies. These have been incredibly effective in reducing the impact of COVID-19 and allowing society to regain some measure of normality.

But, as Prof. Stoye explained, “[i]n retrospect, we have been ‘lucky’ that it has been possible to make a vaccine against this particular virus, whereas for things like HIV […], we still don’t have vaccines.”

However, vaccines designed against one variant might be ineffective against another.

“The evolution of SARS-CoV-2 variants upended many optimistic predictions made when the vaccines were rolled out in 2020.”

Despite the evolution of variants, vaccines still guard against severe COVID-19, particularly in those who have received multiple vaccinations.

Despite suggestions that vaccines might even drive the evolution of new vaccine-resistant variants, this does not seem to be the case, as a recent report states: “Given the emergence of immunity-evading variants even before vaccines were broadly deployed, it is hard to implicate vaccines or vaccine deployment strategies as the major drivers of immune evasion.”

Prof. Stoye feels that vaccines will continue to be important. “I suspect we will have to have yearly boosters of the vaccine, at least for the foreseeable future,” he said.

And he expressed a hope that research might create more powerful vaccines:

“It would be very nice if scientists could establish a pan-coronavirus vaccine that worked against multiple viruses. That has to be one of the hopes of the future — that you will have a method of vaccination that will protect you against various viruses.”

The end of the pandemic?

After 2 years, people are becoming tired of restrictions, feeling that the pandemic should surely be over. However, Prof. Stoye is one of many experts expressing concern that governments are removing COVID-19 testing and control measures too early.

“One of the things I’m frightened about is that we will, in fact, lose our ability to follow these processes as we stop testing and sequencing so much. […] As we test less, as we sequence less, we will lose that ability to recognize new variants in real time,” he told us.

Global lessons for the future

“These things will come again. We need to realize that, and we need to have a response ready quickly. I think we need to be able to recognize very rapidly the appearance of new diseases — this comes back to geopolitics.”

This is not the first pandemic, and it is unlikely to be the last. Some aspects have been well-handled, while others have not, and the geopolitical debates will continue for years. At least vaccines are continuing to protect against severe illness and death from all variants.

Possibly the most important lesson is that it is crucial to address future disease outbreaks globally. Although people in high income countries have had ready access to vaccines and boosters, many African countries have yet to vaccinate even 10% of their population due to inequitable vaccine distribution.

The lack of widespread vaccination can also contribute to the development of new variants.

“The global aspects of this are the interesting and important ones. Whether those lessons will be learned, I don’t know. […] I would hate to think that, suppose in 2 or 3 years down the track, we are living comfortably with this virus, and SARS-3 comes along or HIV5, and we have forgotten all the lessons we have learned. It’s trying to retain that memory that is the important lesson.”

For live updates on the latest developments regarding COVID-19, click here.