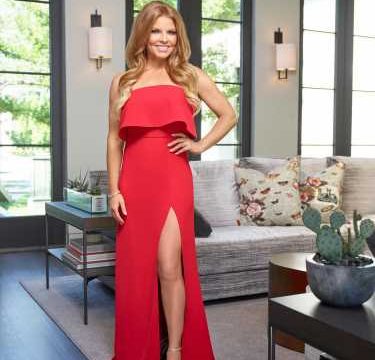 "We are overjoyed with love and beyond blessed welcoming our little miracle. Brilynn shares a birthday with her late grandmother who we honor and miss very much," the new mom tells PEOPLE in a statement.

"Brilynn has brought so much love and completed our family," Redmond tells PEOPLE. The reality star first announced that she was expecting her fourth child last October. Redmond shared a photo of three pumpkins each decorated with the birth years of her children, alongside a fourth, which had the year "2021" written on it.

"We decorated pumpkins for our little pumpkin patch this afternoon. God works in mysterious ways and we are so thankful for his grace and glory," she captioned the image. "You never know what his plan is but we know he's got us in the palm of his hand."

"We have much to be thankful for this holiday season," she added.

In January, she shared a photo of her growing baby bump, saying she was excited to share her pregnancy journey on the current season of RHOD.

"As I've shared my life with you these past five years, I can't wait to share my growing baby bump with you and the season premiere of #rhod," Redmond wrote.

The Real Housewives of Dallas airs Tuesdays at 9 p.m. ET on Bravo.