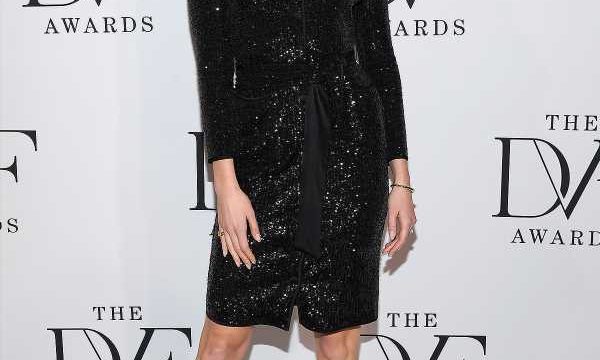 Karlie Kloss is sharing how pregnancy has switched up her everyday routine.

The 28-year-old supermodel, who's currently expecting her first child with husband Joshua Kushner, opens up to WSJ. Magazine's popular "My Monday Mornings" series about how her pregnancy has gone. One way she was forced to change is by being careful to slow down.

"I normally love running, but I have to say I'm out of breath these days just talking or going up a flight of stairs," says Kloss, adding, "I normally am up at 6:30, 7, but I feel like these days, more into winter, I'm hitting the snooze button more and more. I like to get my workout in first thing in the morning, so I almost force myself to get out of bed and put on my leggings, my sneakers and my sports bra."

"I brush my teeth and go straight to my workout, which, by the way, is like the shortest commute of all time now that it's basically just my Zoom workouts," she says, admitting she thinks she could easily "sleep in until 3 in the afternoon."

Kloss, when asked whether her diet has fluctuated since becoming pregnant, notes that cravings are familiar territory for her, baby on the way or not. "I've always had bizarre cravings, so it's kind of nothing new," she tells the outlet, "but I've really been loving everything salty and crunchy."

The Kode with Klossy founder also listed the prominent supermodel moms she looks up to in the industry, including Christy Turlington Burns, who "has been a role model and mentor of mine."

"She is somebody who I feel really lucky to have to look to for guidance and advice," says Kloss. "Her work with Every Mother Counts is one of the reasons why early on in my career I realized the opportunity to make the most of having the platform. And as a mom, I think she's just the coolest."

"Cindy Crawford is an incredible supermom as well," she continues. "Natalia Vodianova, I mean, she has five kids — I still to this day don't understand how she does it. I'm really excited for all of my friends who are entering this next chapter of life at this time too, so excited for some new mom groups."

Kloss' pregnancy news came shortly after she and Kushner — who got engaged in July 2018 and married three months later in a small, Jewish ceremony in upstate New York — celebrated their second wedding anniversary. "Karlie is overjoyed to be expecting her first child in 2021," a source close to Kloss told PEOPLE in October. "She will be the most amazing mother."