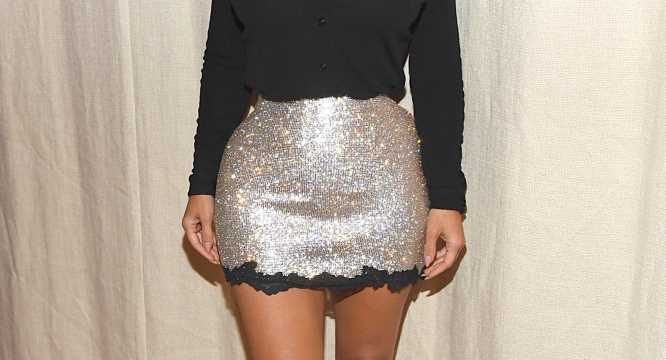 Kim Kardashian West is sharing more about her recent health scare — this time revealing how it affected parenting her four children.

In an interview with Entertainment Tonight on Thursday from L’Avenue at Saks Fifth Avenue in New York City, the Keeping Up with the Kardashians star, 38, explained that she “couldn’t even pick up the kids for a while” due to the pain in her hands.

“Until I figured out what was really going on, I just needed to take a break from lifting the baby, and that was really hard for me,” said Kardashian West — who shares daughters North, 6, Chicago, 20 months, and sons Saint, 3, and Psalm, 4 months with husband Kanye West.

“My baby Chicago was, like, a big baby. She’s not light,” the reality star added. “I was really worried because I had my baby coming, my baby boy [Psalm, born via surrogate], and I thought it would be hard for me. But luckily I got it all under wraps.”

In the premiere episode of her E! reality series this month, Kardashian West revealed that she had been experiencing nausea, exhaustion and numbness in her hands. The symptoms would lead the KKW Beauty founder to her doctor, where test results later revealed her antibodies were positive for lupus and rheumatoid arthritis.

Lupus is an autoimmune disease that leads to inflammation in tissues and organs, according to the Mayo Clinic. While common, lupus is difficult to diagnose because many of the symptoms — joint pain, fever, fatigue, rashes — are also seen in other health problems, and the symptoms differ from person to person. There is no cure for lupus, only treatments like courses of steroids to reduce the symptoms.

Rheumatoid arthritis is an autoimmune disorder that occurs when your immune system mistakenly attacks your own tissues, according to the Mayo Clinic. There is no cure for rheumatoid arthritis, but new types of medications have improved treatment options dramatically.

The star also to ET that the positive test results impacted her mental health as well.

“When you do have a diagnosis — or you get tested for something and you get a result that you weren’t expecting — you definitely get in your head and for a second, you kinda get this little depression of, like, ‘Okay, what are all of the possibilities that can happen? What’s my life gonna look like? I really wanna be active for my kids.’ And so it triggers something,” she said.

The mother of four continued, “I really had to get myself together because I do have kids and I do have a family that I just have to be positive and get it together for. No matter what’s going on in your life, you can take that time to grieve for a second … and then figure out how to be positive about it because it’s not going to change. There’s no point in being depressed and staying in that headspace, but I felt it for a minute.”

Ultimately, Kardashian West was able to seek treatment and get her health back under control.

“Everything’s okay,” she told ET. “I’m on a medication now, so everything seems to be fine for right now. I’m just rolling with it day by day.”

And luckily for the busy mom, her struggle did not directly impact her children’s lives.

“I definitely keep that away from the kids,” she admitted. “I think they’re just too young to really even realize.”